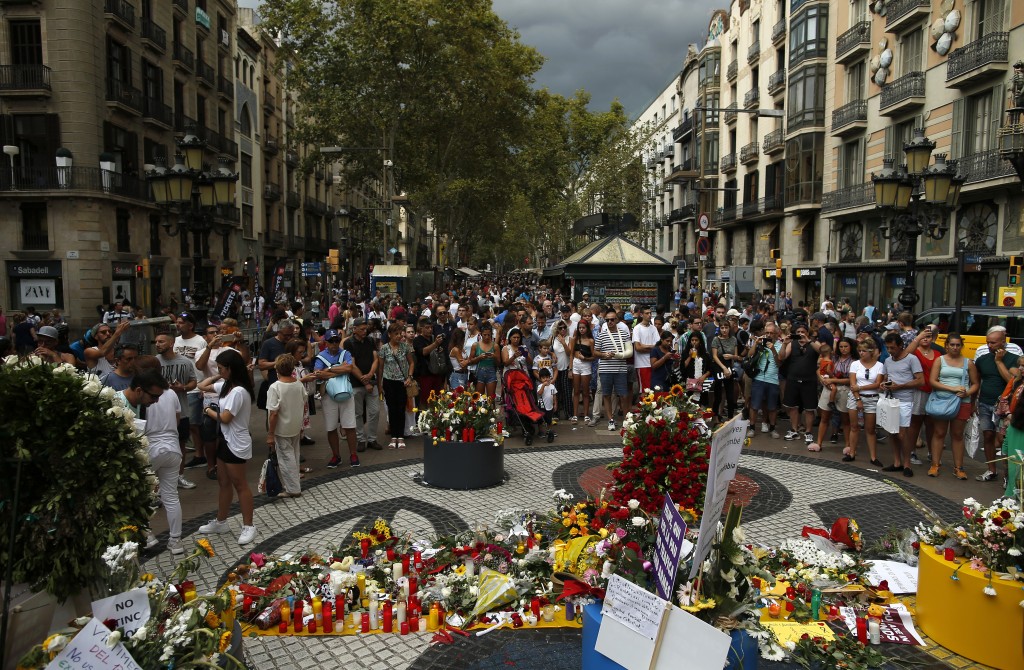 BARCELONA, Spain (AP) — A Catalan seaside resort has marked the anniversary of an attack that killed one and injured six following deadlier violence in Barcelona's Las Ramblas.

Catalonia's regional president, Quim Torra, and other officials took part in the unveiling of a mosaic located where a car struck a group of pedestrians in Cambrils. The 20-minute event Saturday included a flower-laying ceremony.

The attack in Cambrils, located 75 miles (120 kilometers) south of Barcelona, was believed to have involved members of the same cell behind the attack in the regional capital, in which a van mowed down pedestrians, killing 14, while another victim was later fatally stabbed.

The Cambrils memorial didn't have the same political tension that marked a ceremony in Barcelona on Friday, at which pro-independence banners were displayed.