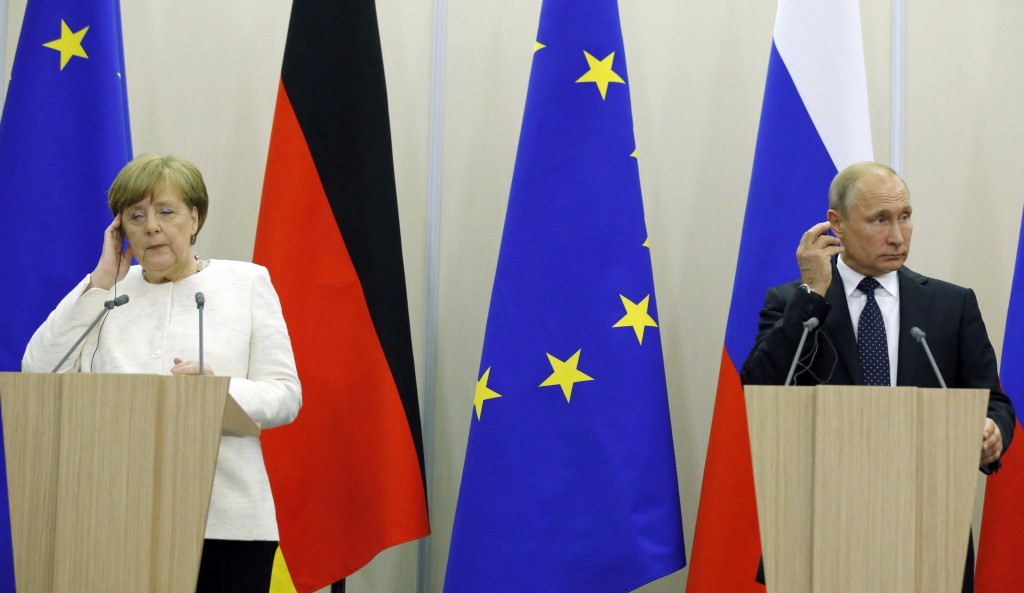 BERLIN (AP) — Russian President Vladimir Putin is flying to Austria to attend the wedding Saturday of the country's foreign minister, before heading to Berlin for talks with German Chancellor Angela Merkel.

Austrian authorities have imposed tight security measures around the site of the ceremony near the southern town of Graz of Foreign Minister Karin Kneissl, who was nominated by the pro-Russia Austrian Freedom Party.

Putin's meeting with Merkel late Saturday takes place at the German government's guesthouse in Meseberg, north of Berlin. Topics during the bilateral talks include Ukraine, Syria and the planned Nord Stream 2 gas pipeline from Russia to Germany that the United States and some European countries object to.

The two leaders planned to make statements before the talks.