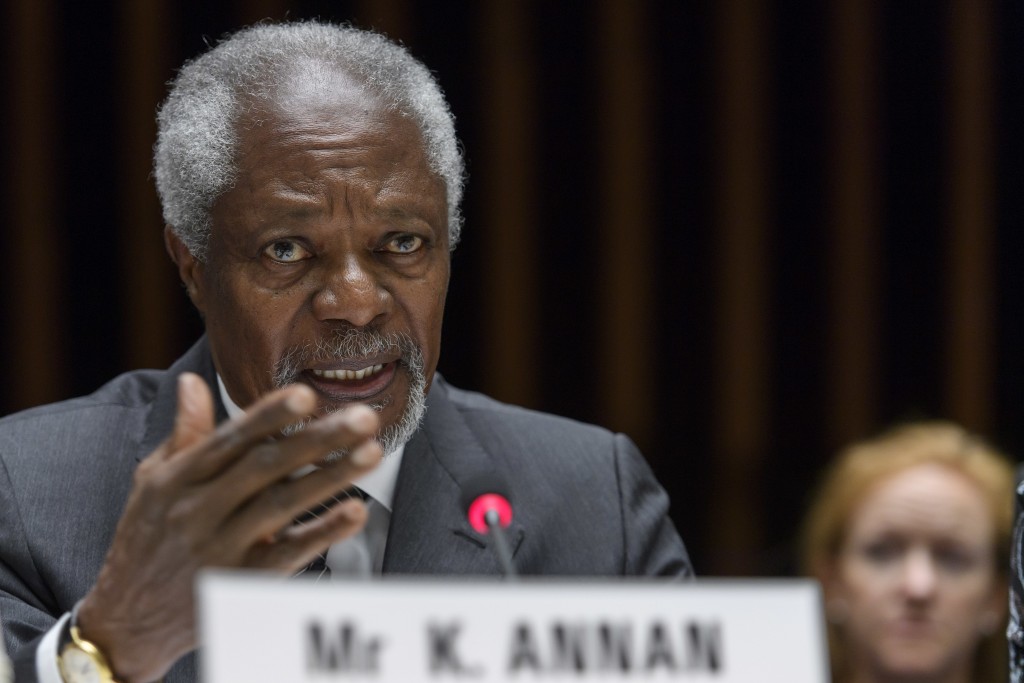 GENEVA (AP) — The Latest on the death of former U.N. secretary-general Kofi Annan (all times local):

The Elders, an elite group of former leaders founded by Nelson Mandela, say they are "shocked and deeply saddened" by the death of their colleague and chair Kofi Annan at age 80 after a short illness.

In a statement, The Elders call the former U.N. secretary-general and Nobel Peace Prize winner "a voice of great authority and wisdom in public and private."

The organization says Annan's most recent work was in visits to South Africa and Zimbabwe, where the country was preparing for a historic presidential election.

"His quiet advice on how best to defuse impending crises was in constant demand from all corners of the globe, in particular from Africa," says deputy chair Gro Harlem Brundtland.

Kofi Annan, one of the world's most celebrated diplomats and a charismatic symbol of the United Nations who rose through its ranks to become the first black African secretary-general, has died. He was 80.

His foundation announced his death in a tweet on Saturday, saying that he died after a short unspecified illness.

Annan spent virtually his entire career as an administrator in the United Nations. He served two terms as secretary-general from Jan. 1, 1997 to Dec. 31, 2006, capped nearly mid-way when he and the U.N. were jointly awarded the Nobel Peace Prize in 2001.

During his tenure, Annan presided over some of the worst failures and scandals at the world body, one of its most turbulent periods since its founding in 1945.