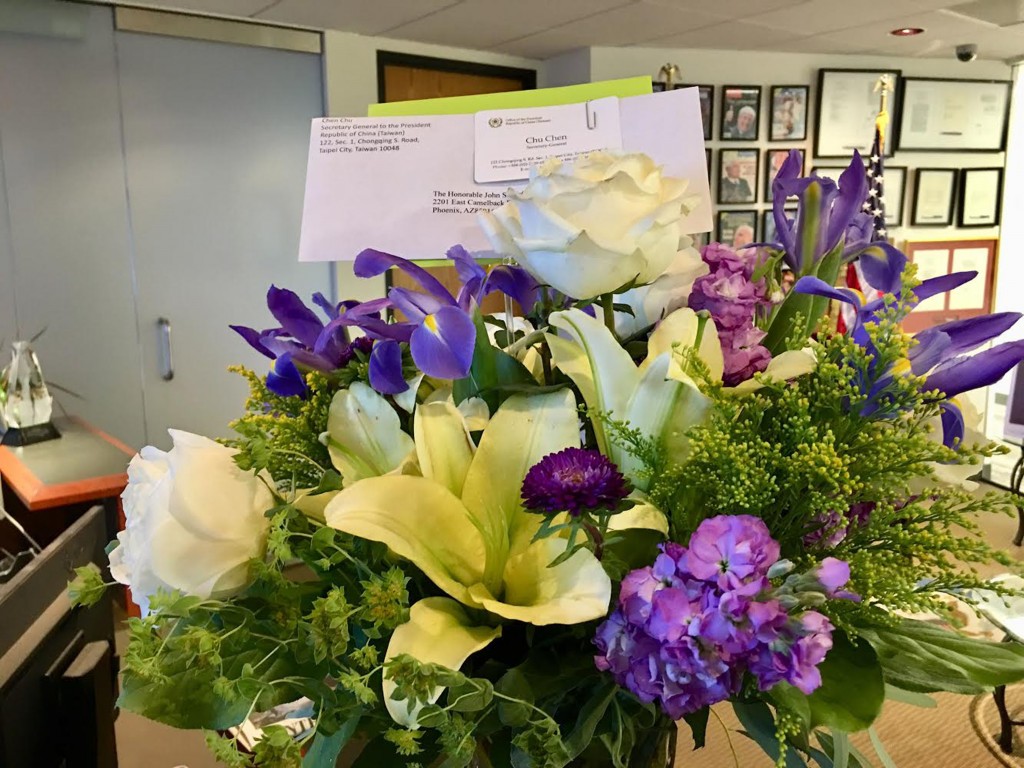 TAIPEI (Taiwan News) – While President Tsai Ing-wen (蔡英文) was on a trip to Paraguay and Belize, her top aide Presidential Secretary General Chen Chu (陳菊) on Thursday visited United States Senator John McCain at the hospital in Phoenix, Arizona, where he was undergoing treatment for cancer.

McCain, 81, is known as one of Taiwan’s best friends in Congress.

While Tsai stopped over in Los Angeles at the start of her August 12-20 visits to two official diplomatic allies in the Americas, Chen split off from the delegation and toured the U.S. instead.

She reportedly met Mormon leaders in Salt Lake City, Utah, before flying to Phoenix, the Central News Agency reported. At a banquet with more than 100 Overseas Taiwanese, she said the most important reason why she was visiting the town was to give her regards to McCain and present the senator with a bouquet from President Tsai.

As he was unable to receive visitors due to his health, Chen also had a letter from the president passed on to him, CNA reported.

Tsai will still stop over in Houston on her way back from Belize, but details of her stay in the Texan town have not been revealed yet.