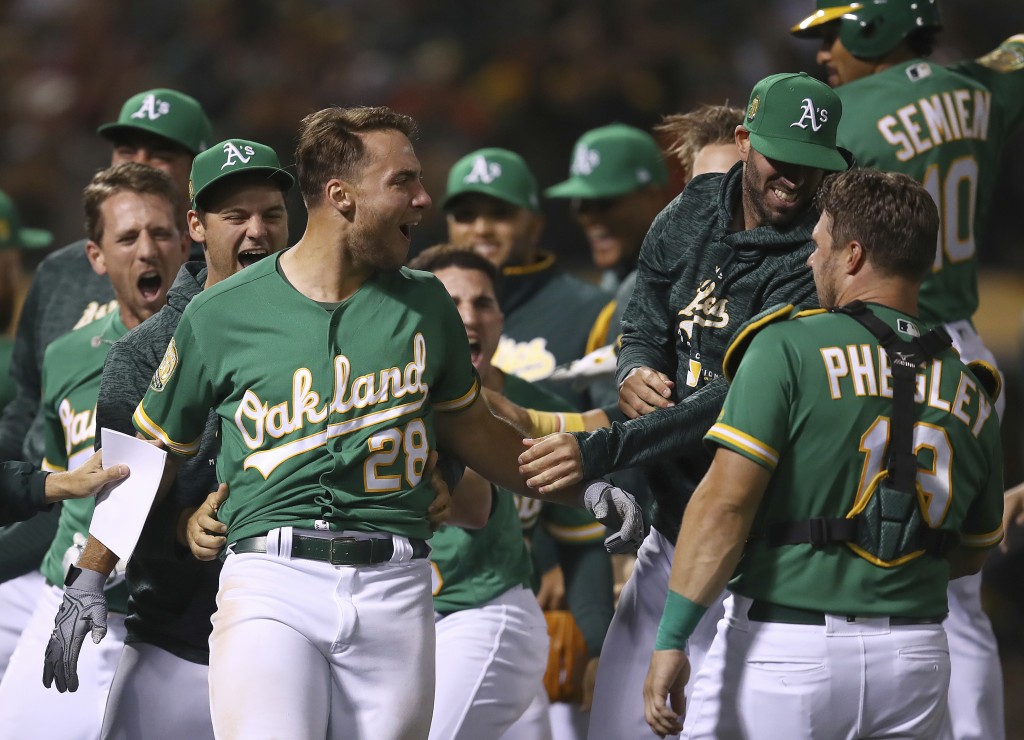 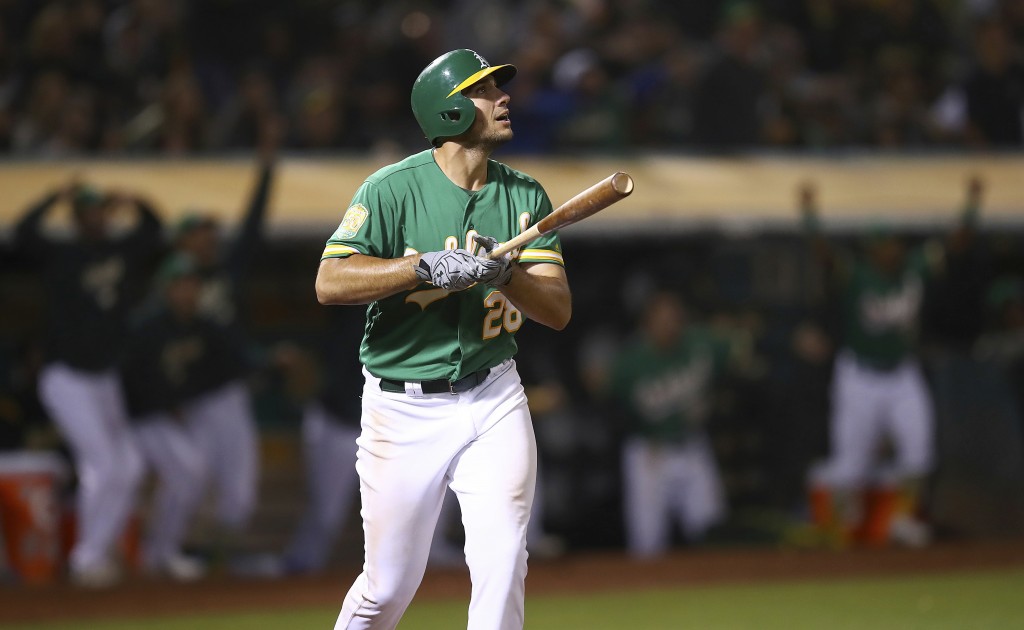 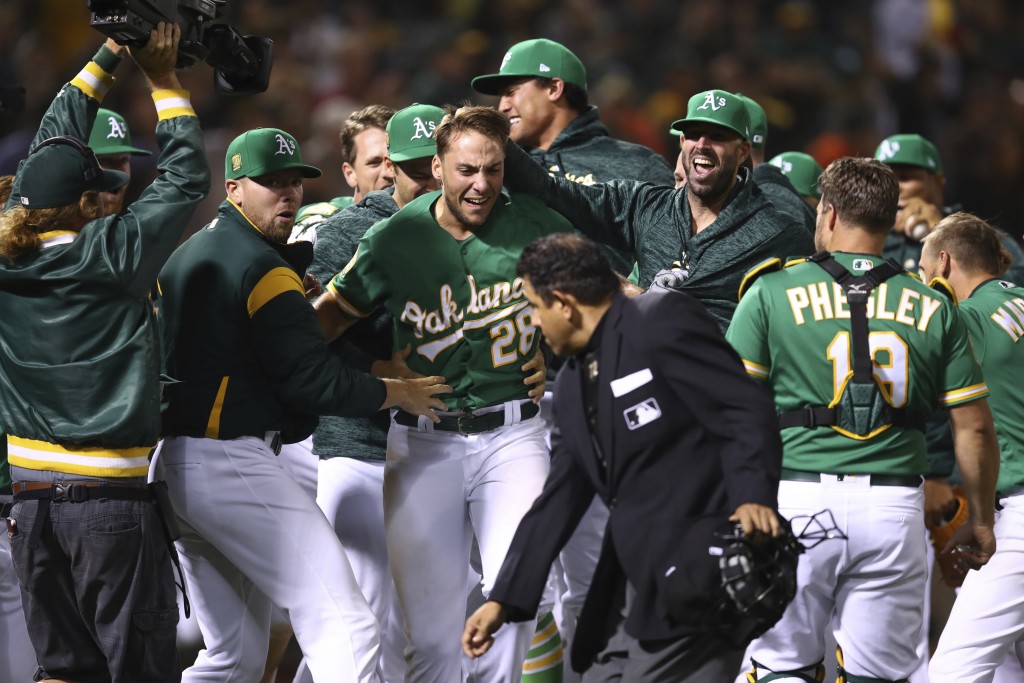 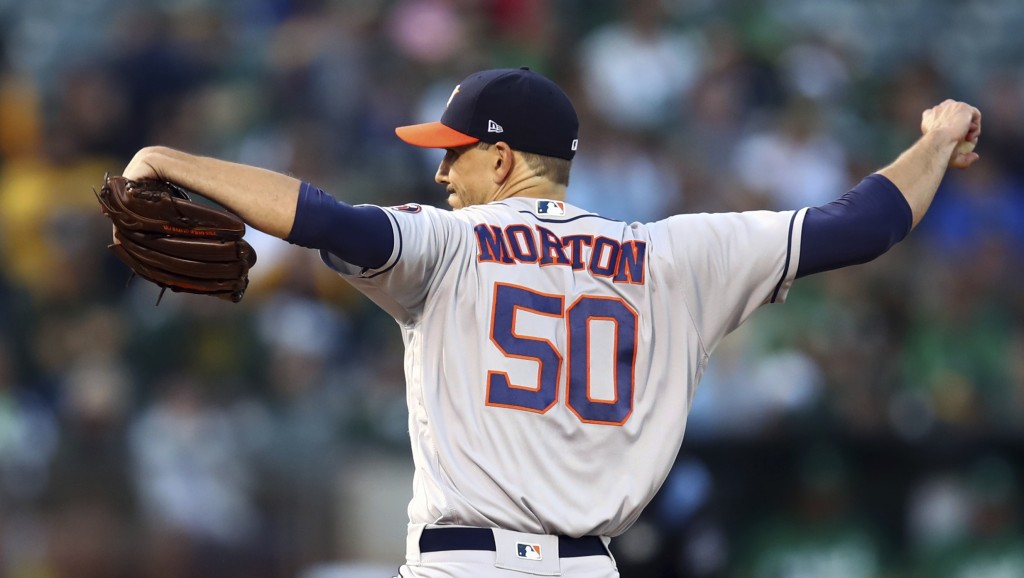 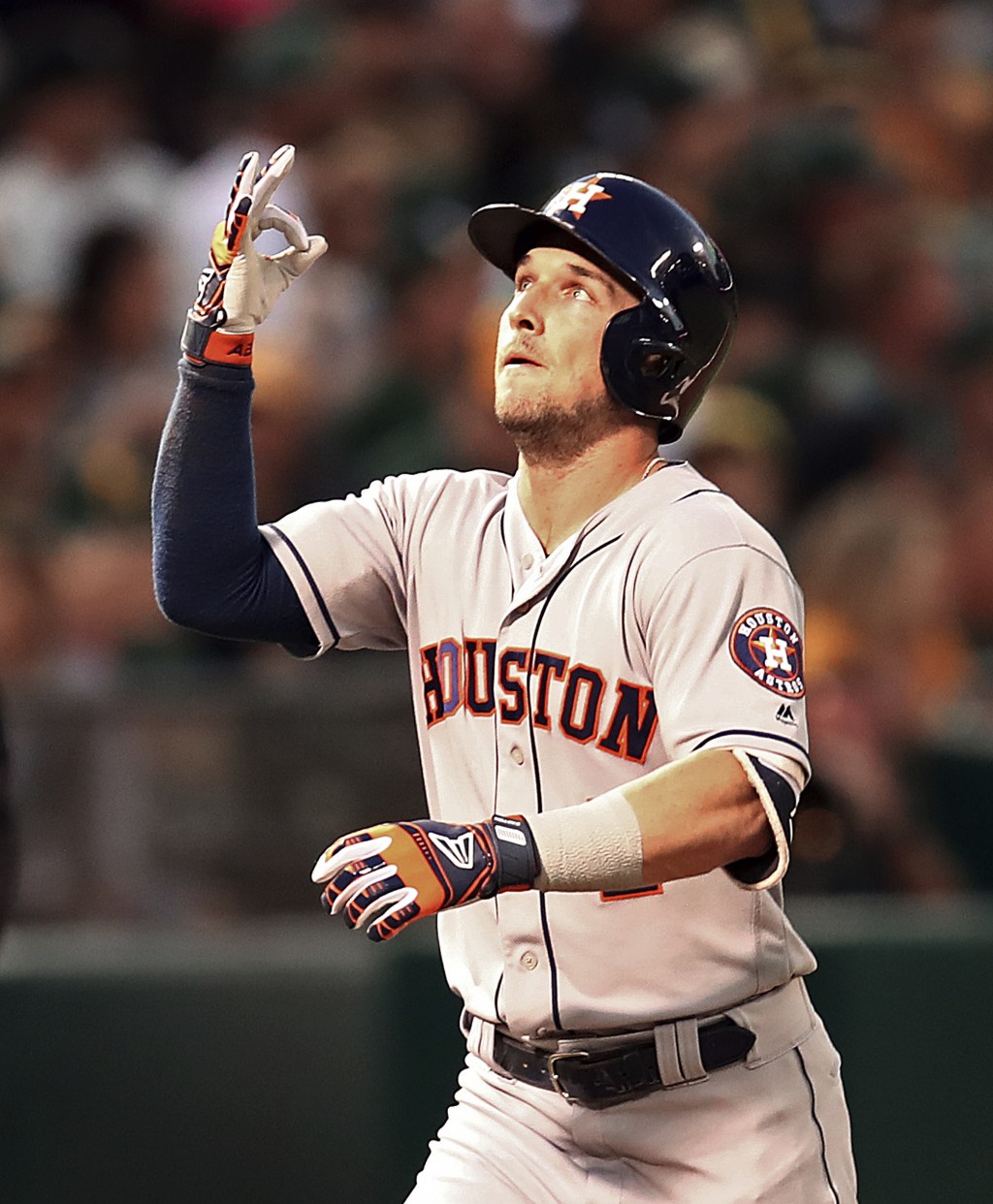 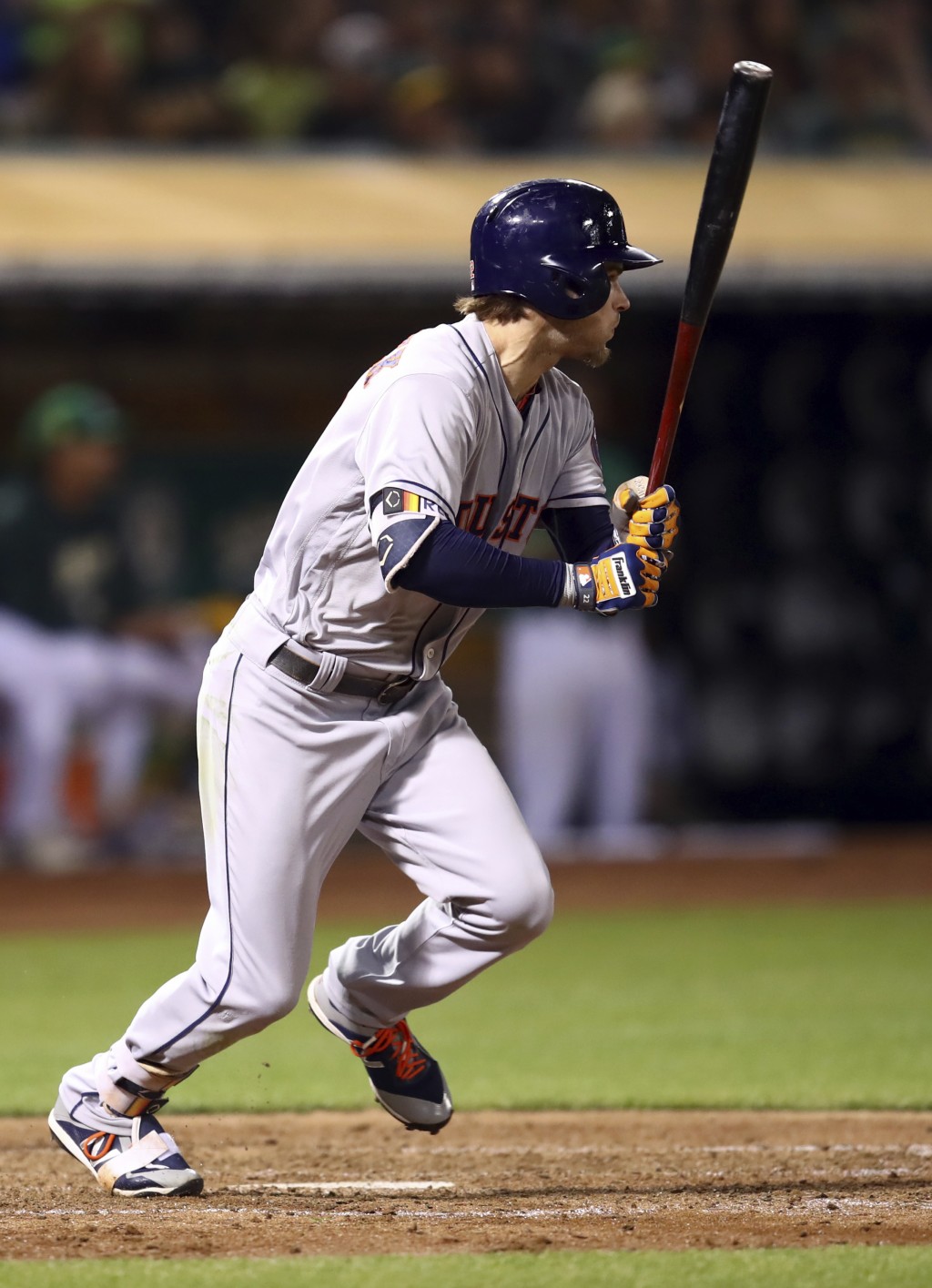 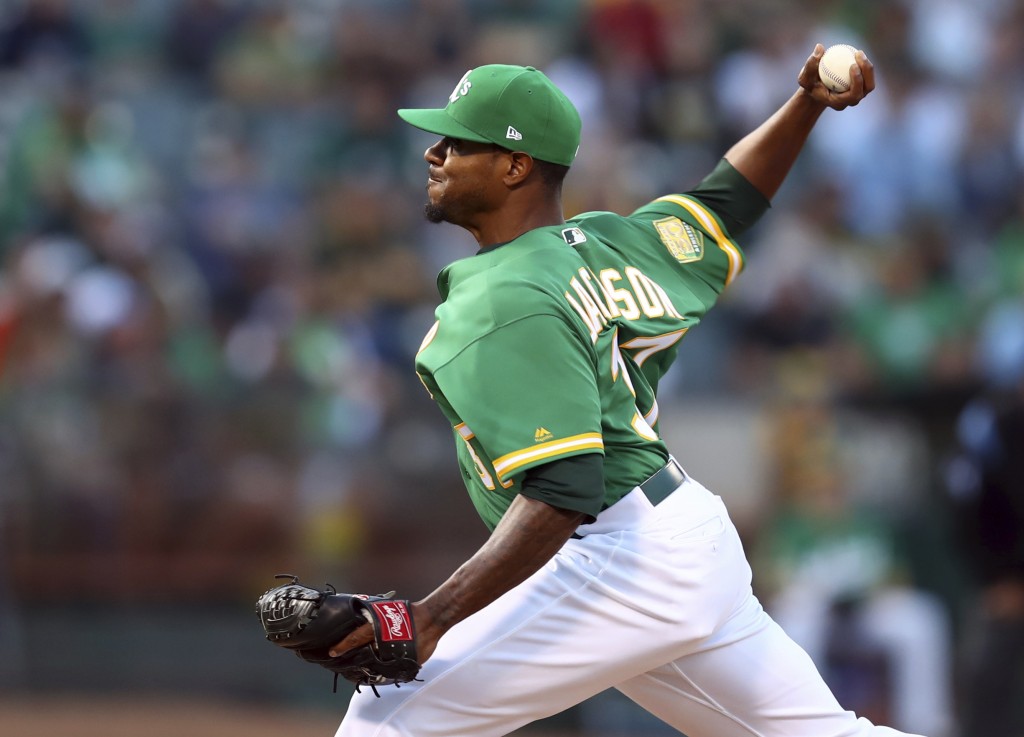 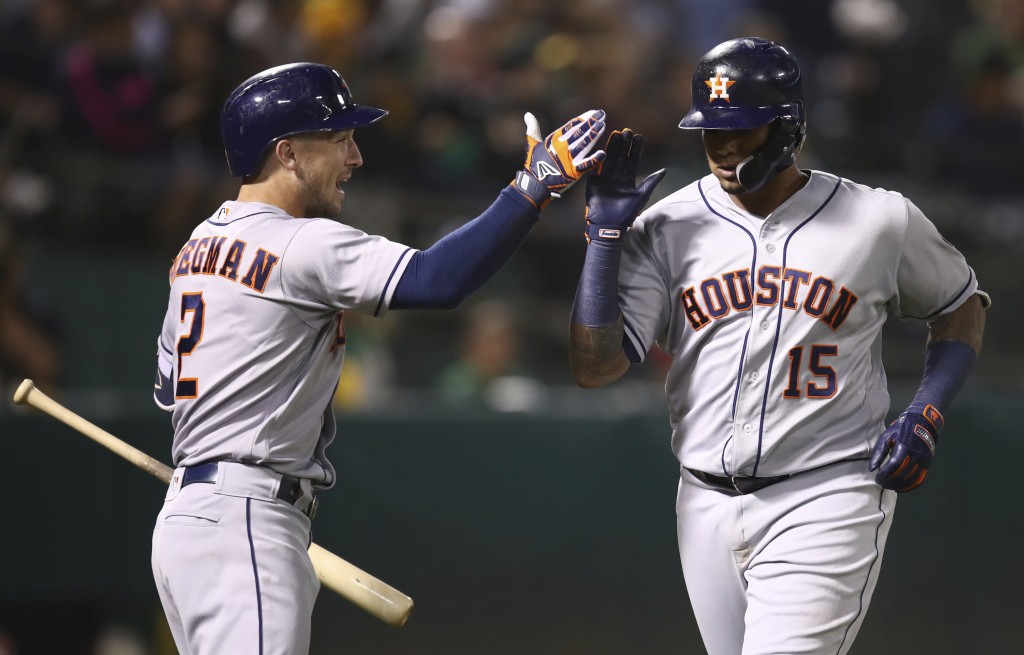 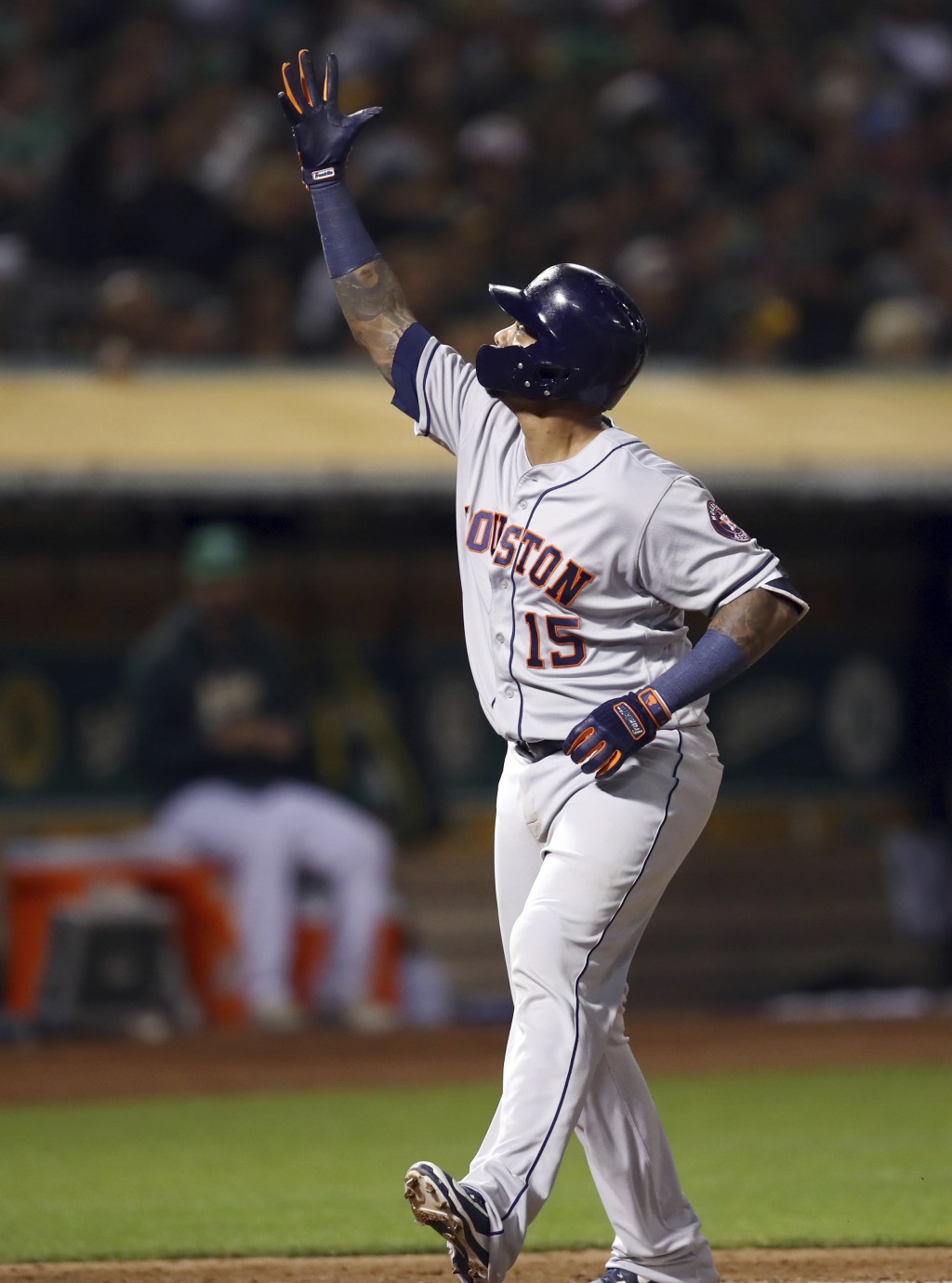 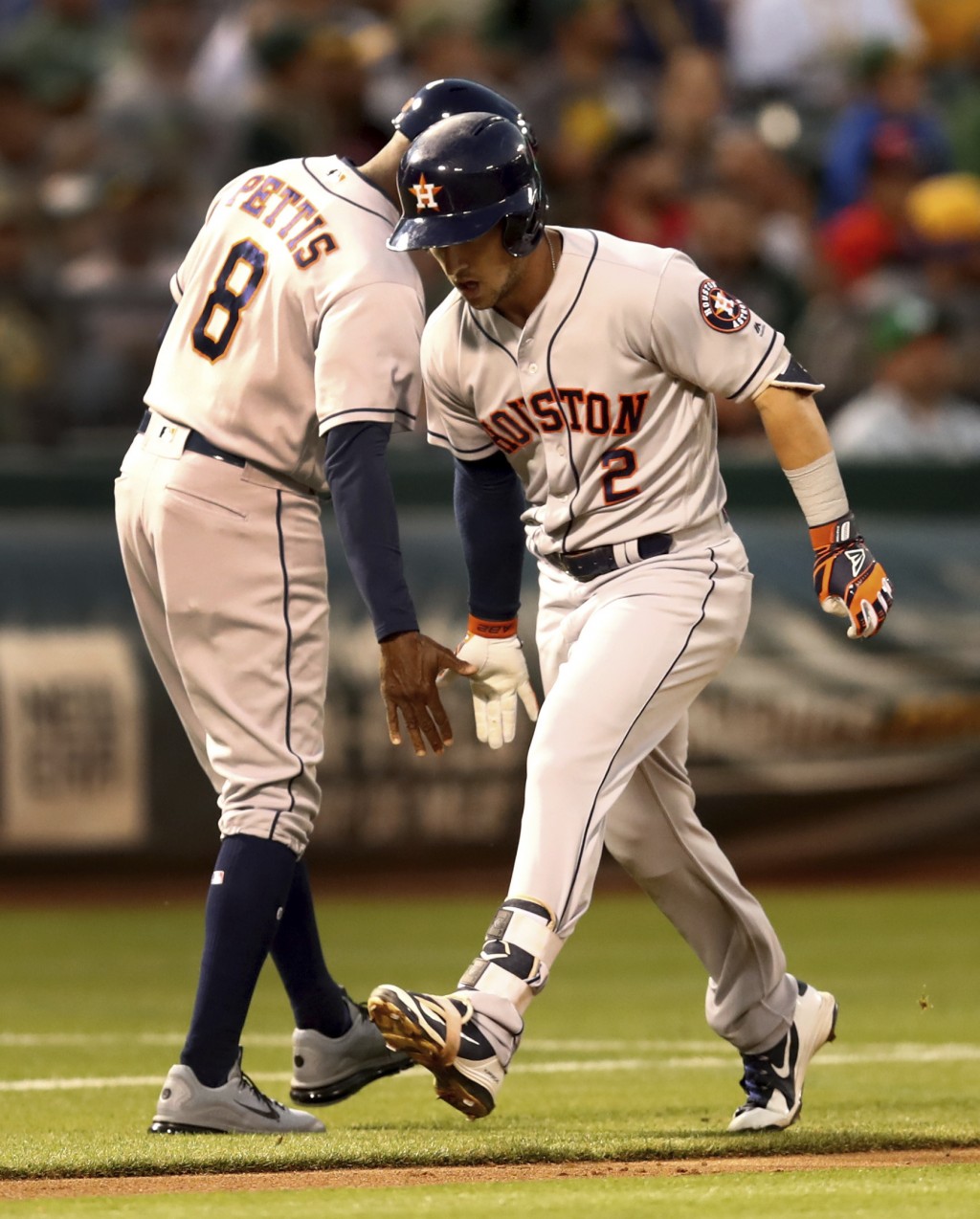 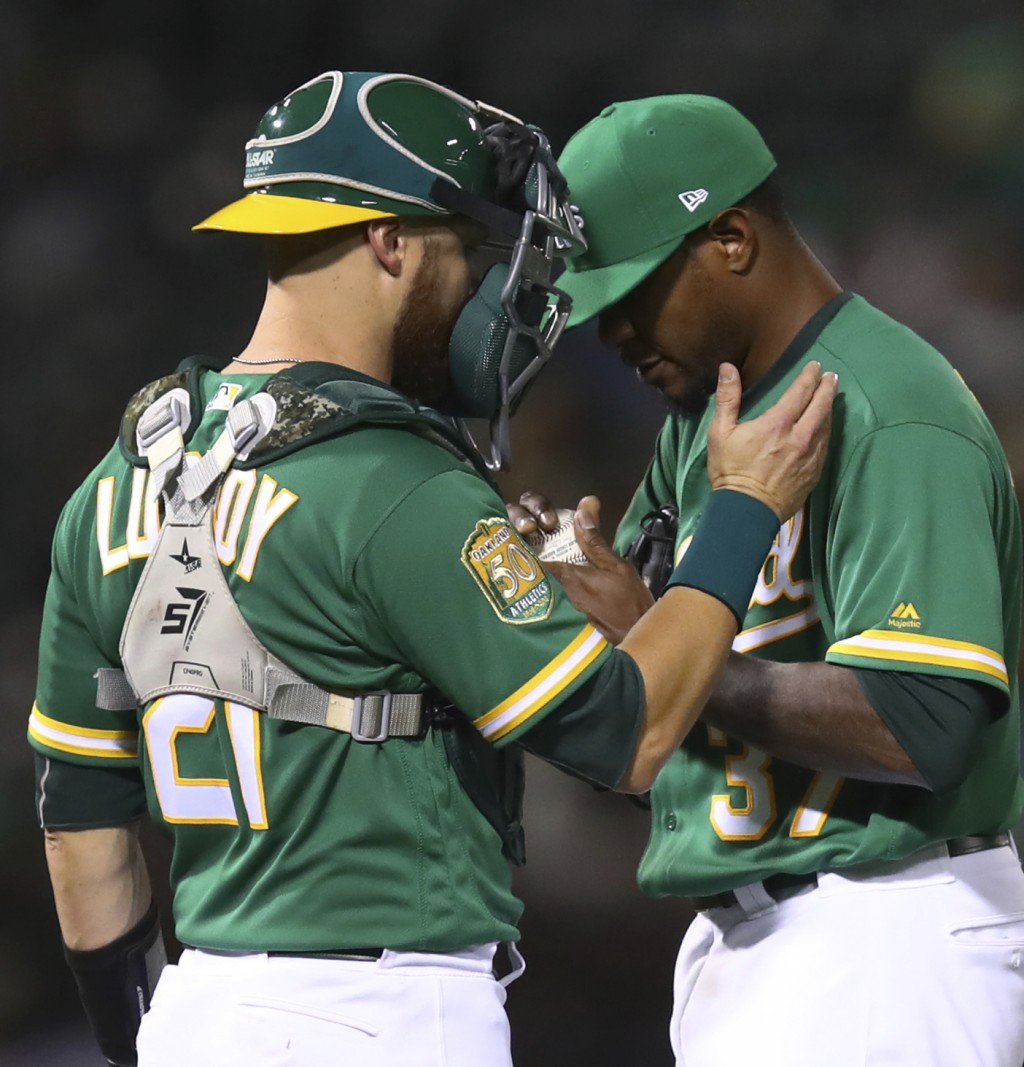 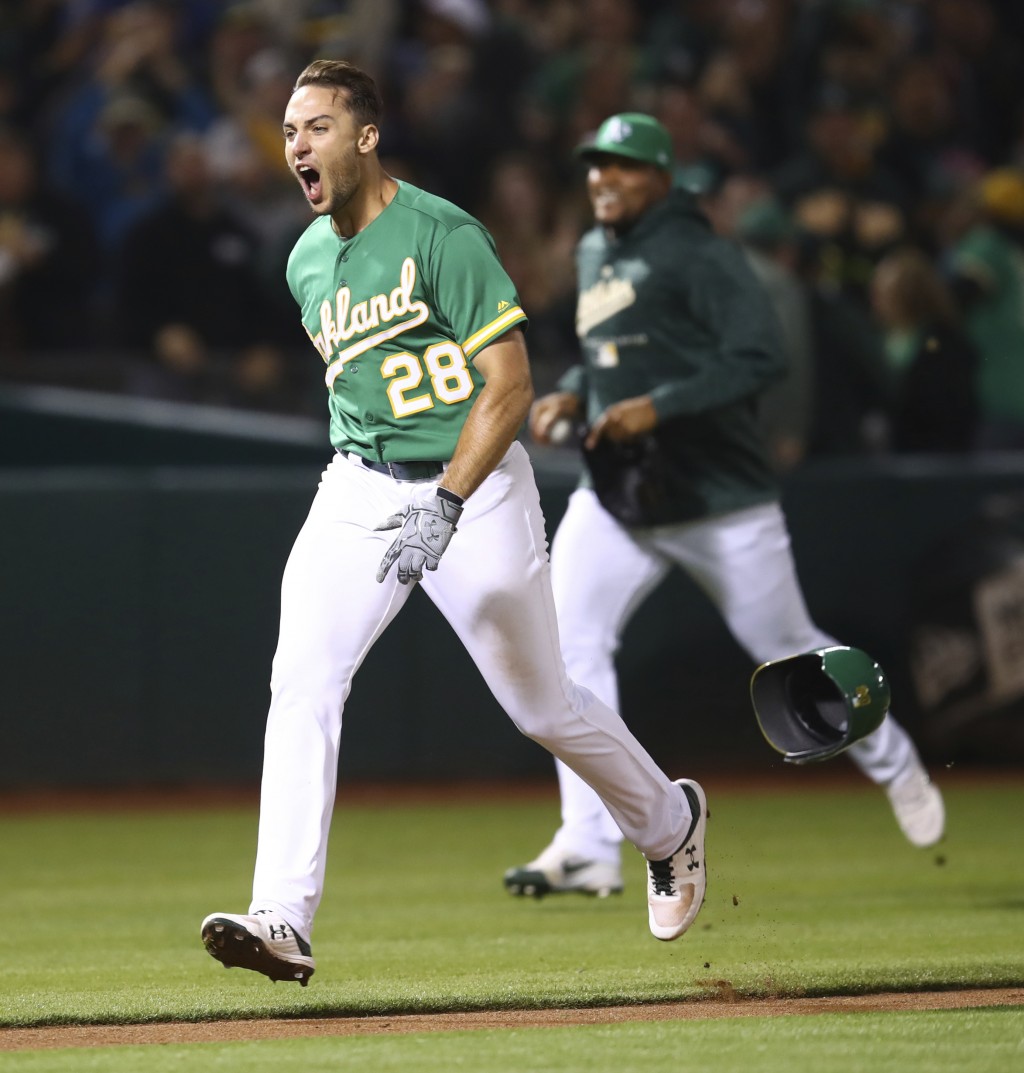 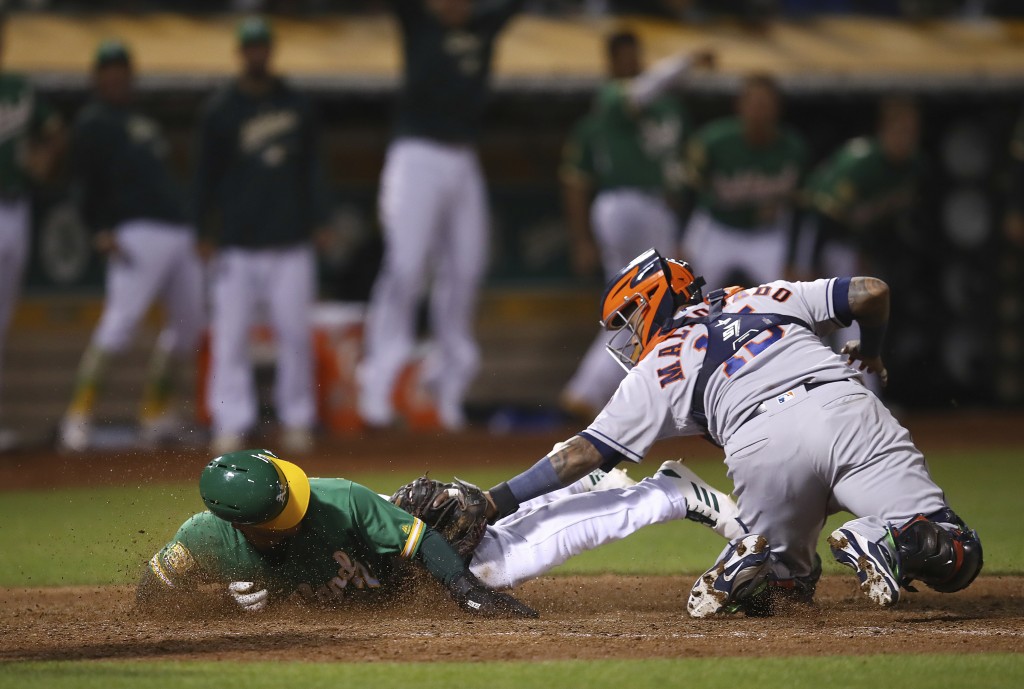 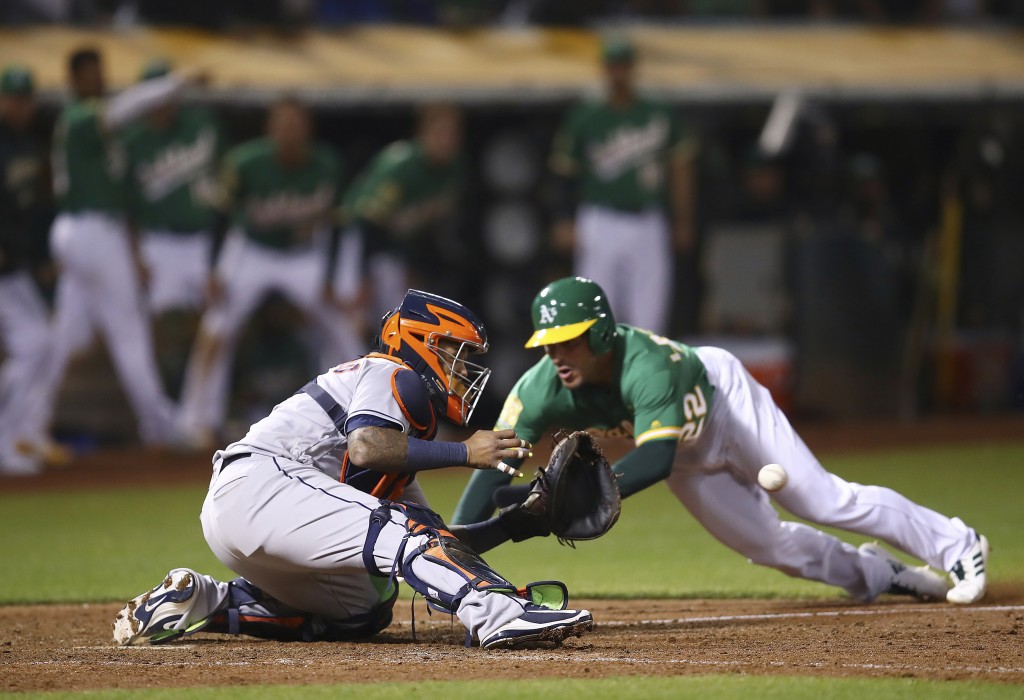 OAKLAND, Calif. (AP) — Matt Olson hit a leadoff home run in the 10th inning after a video review gave Oakland the tying run in the ninth, and the Athletics beat the Houston Astros 4-3 on Friday night to pull within a game of the reigning World Series champs for the AL West lead.

Olson pulled a 3-2 pitch from left-hander Tony Sipp (2-1) for his 23rd homer. It was his second career walkoff RBI and first game-ending homer.

That came an inning after Oakland baserunner Ramon Laureano narrowly beat the tag at home from catcher Martin Maldonado for the tying run. Laureano took off from first on Nick Martini's double to the wall in right field, testing the arms of outfielder Josh Reddick and relay man Carlos Correa. Laureano was initially called out on the play, but immediately called for Oakland to challenge the call.

Umpires overturned the call after a review of more than three minutes.

Reddick singled in the go-ahead run in the sixth inning against his former club after Alex Bregman and Maldonado each hit solo home runs for the Astros.

Houston lost for the first time in seven games on Oakland's home field this season, having swept three-game series from May 7-9 and June 12-14. The unbeaten run was second in franchise history to a 10-game winning streak at the Coliseum from July 20, 2016, to June 22, 2017.

Houston has been alone atop the AL West since June 14.

Astros starter Charlie Morton retired the first nine batters in order before Martini's leadoff walk in the fourth and Jed Lowrie's single one out later. New Houston reliever Roberto Osuna faced runners on first and second with no outs in the eighth and got out of the jam before Hector Rondon blew his fifth save.

The Astros won 12-1 against the Rockies on Wednesday to end a five-game skid but were unable to make it two in a row.

Bregman homered in the fourth for his 23rd to give the Astros the lead then Maldonado connected in the fifth. The A's tied it in the fifth on an RBI single by Matt Chapman, who extended the majors' longest active hitting streak to 14 games and reached base for the 30th consecutive game. The hitting streak matches the A's longest of the season, also done by Khris Davis.

Astros center fielder George Springer came off the 10-day disabled list from a sprained left thumb and added a single batting leadoff in his first game since Aug. 5.

Astros: All-Star 2B and 2017 AL MVP Jose Altuve (right knee soreness) worked on situational baserunning with spontaneous starts and stops in Oakland with the hope he can play rehab games with Triple-A Fresno this weekend at Tacoma before joining the Astros in nearby Seattle when they begin a series with the Mariners on Monday. ... C Brian McCann, working back from July 3 arthroscopic surgery on his right knee, began his rehab assignment Thursday with Fresno and went 1 for 4 with a walk and a run playing designated hitter. He is set to catch five innings Saturday at Tacoma then take another day off before catching five to seven innings and eventually working up to nine.

Athletics: OF Matt Joyce, sidelined since July 5 with a strained lower back, took live batting practice for the second time in three days and was set to run the bases. Manager Bob Melvin hopes Joyce continues to progress but it could be September before he plays as the A's will be cautious given previous setbacks.