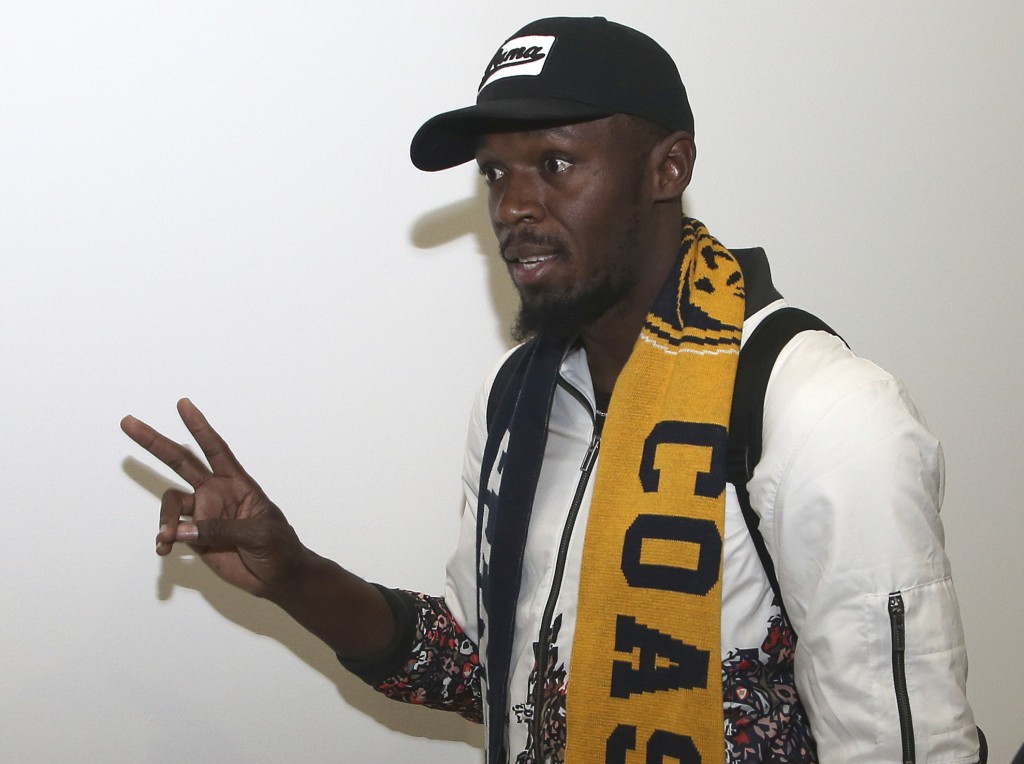 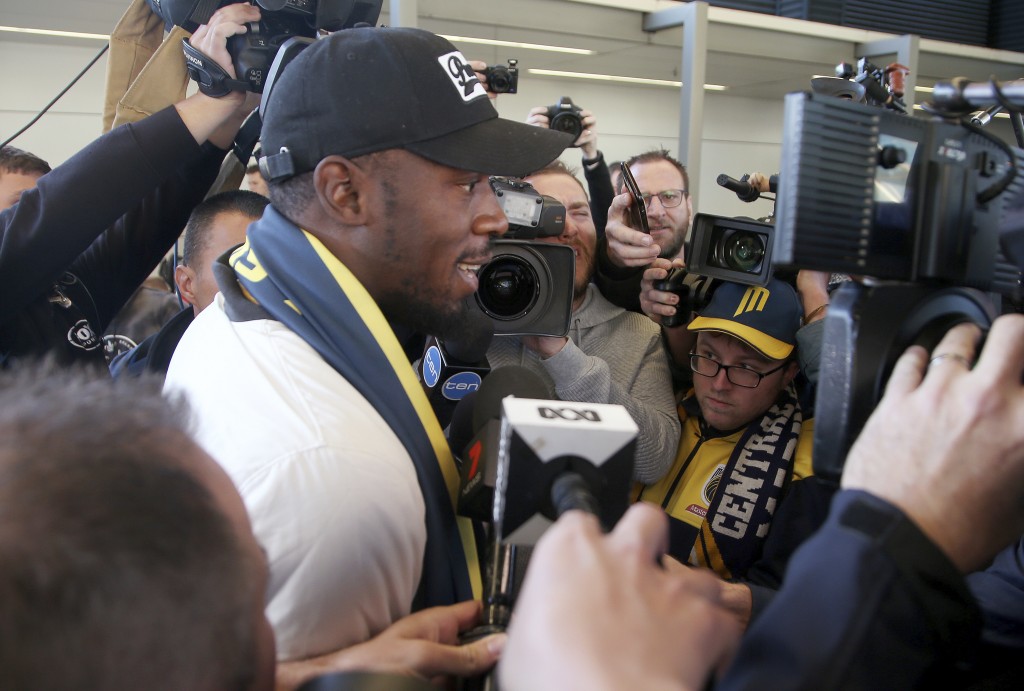 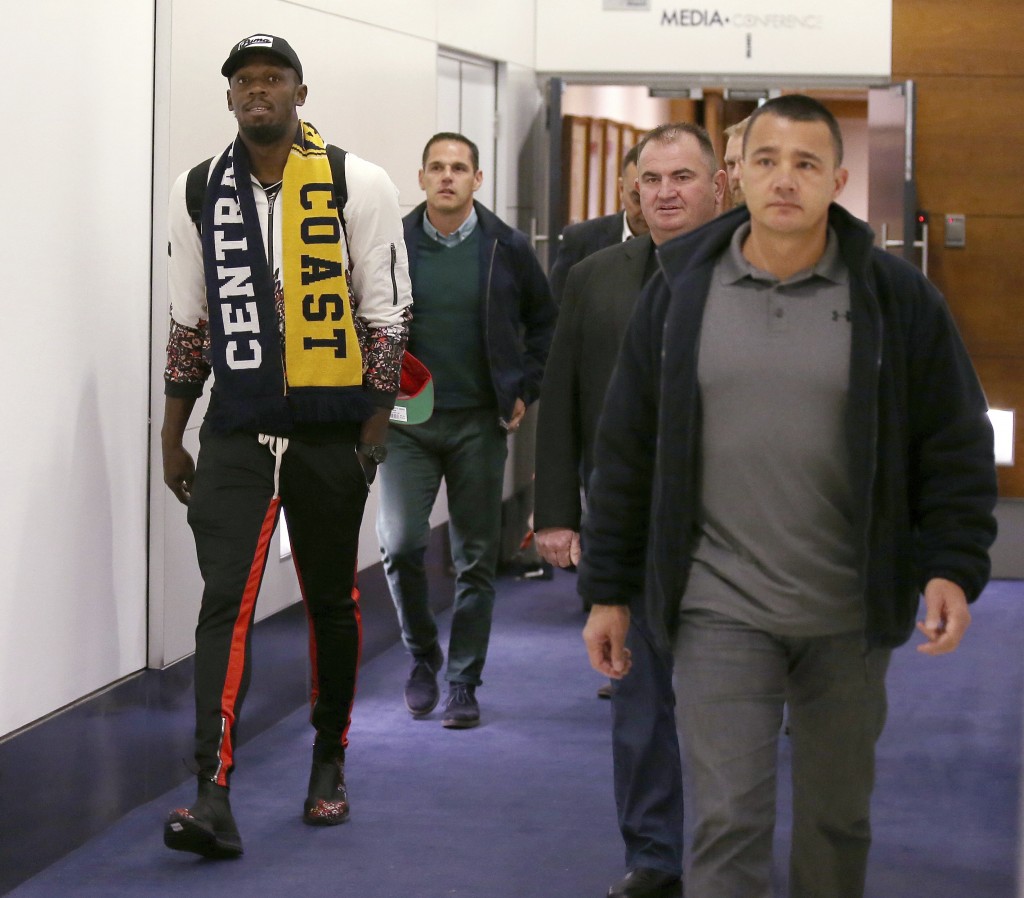 SYDNEY (AP) — Usain Bolt has arrived in Australia for his try out with Central Coast Mariners, saying his goal of playing professional football is "for real."

The eight-time Olympic sprint champion wore a Mariners scarf after landing in Sydney on Saturday following a 14-hour flight from Los Angeles.

He was welcomed by a small group of Central Coast fans and told reporters he was looking forward to hitting the practice field on Tuesday, which is his 32nd birthday.

Bolt will train for several weeks with the Mariners — based at Gosford, north of Sydney — in the hope of winning a contract to play in the A-League from October.

He has previously trialed unsuccessfully with teams in Germany, Norway and South Africa.

Mariners officials say Bolt will train with them for an "indefinite" period, allowing the 31-year-old Jamaican every chance to prove he has the ability to play football professionally.

The club, which won the A-League in 2013 but finished in last place of 10 teams last season, said Bolt would be treated as any other player and would not be offered a contract if he did not make the grade

Bolt has accepted that challenge.

Mark Leadbetter, chairman of the Mariners' official supporters club, made the one hour drive to Sydney to greet Bolt and determine for himself if he thought the sprinting great's A-League bid is genuine.

"I was certainly interested when I first heard the news," he said. "It's out of the box and the more I've heard about it, the more I've come to embrace it

"Nothing's impossible. As long as it's based on football principles, why not? I get the impression that he's been genuine about this and so has the club."