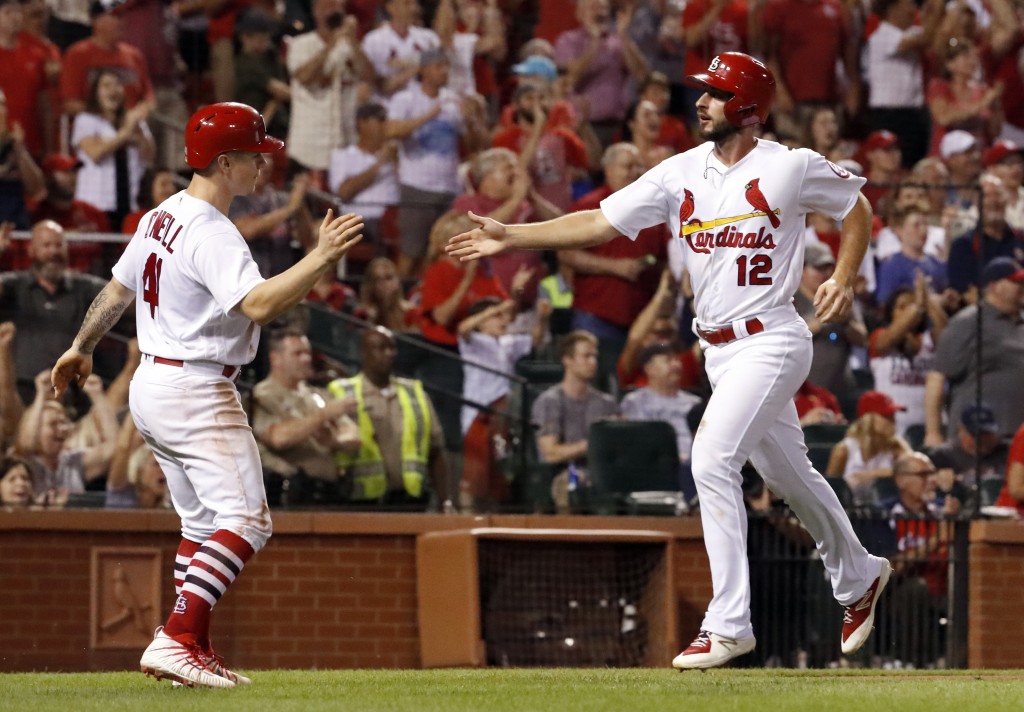 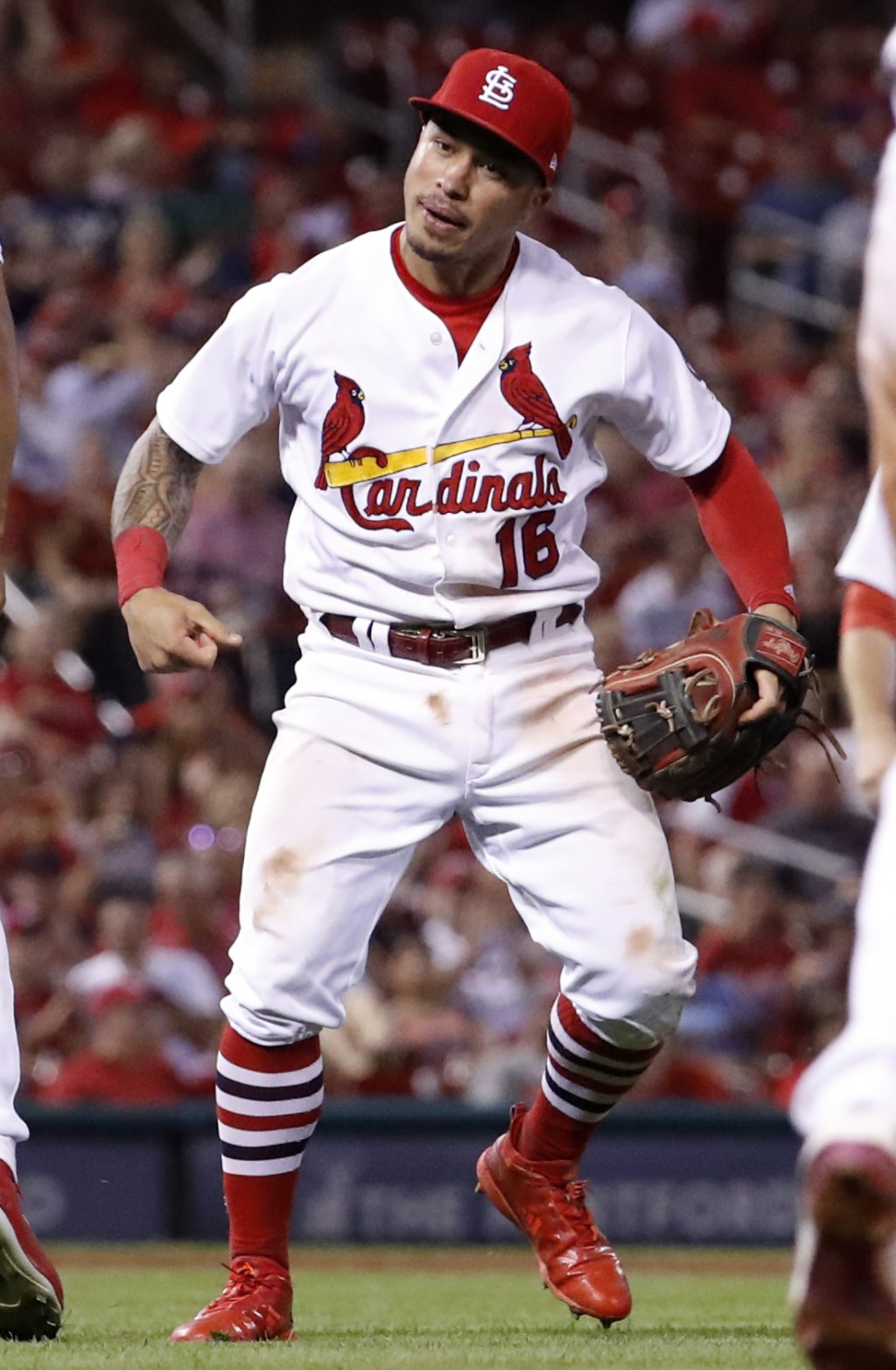 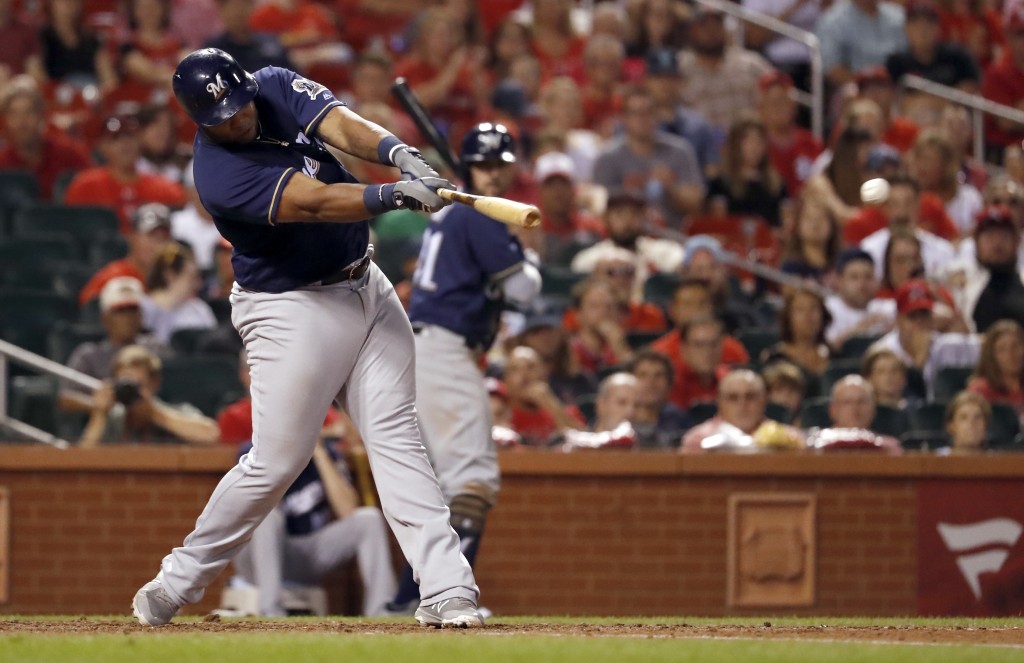 The Cardinals won for the ninth time in 10 games and pulled within a half-game of the Brewers for the National League's second wild-card spot.

Milwaukee has dropped three of four.

Flaherty (7-6) gave up three hits, walked three and struck out seven. The Brewers had only two runners reach second base against the rookie, who has allowed two earned runs in his past 19 innings pitched.

Bud Norris earned his 24th save in 28 opportunities.

Freddy Peralta (5-4) went six innings, giving up three earned runs. He allowed three hits, walked three, and struck out five. It was his third loss in his last four decisions.

Wong's two-run double in the eighth padded the Cardinals' lead to 5-2.

Jedd Gyorko hit his 10th home run of the season to open the fourth. The shot to left field gave the Cardinals a 3-0 lead.

St. Louis took an early lead after Ozuna followed Yadier Molina's single and a double from Jose Martinez with a hard grounder up the middle.

The Brewers threatened a comeback in the eighth. They loaded the bases against Jordan Hicks, and Jesus Aguilar hit a two-run single to pull the score to 3-2 with one out. But Travis Shaw fouled out to left field and Jonathan Schoop's flair to shallow center field was snagged by shortstop Paul DeJong.

Cardinals 1B Matt Carpenter was issued an intentional walk in the seventh and has reached base in 35 consecutive games. It's the longest such streak in the majors.

Brewers: OF Eric Thames was removed from the game before the bottom of the third inning with a sore right knee. The right fielder collided with center fielder Lorenzo Cain while making a catch in the bottom of the first. ... C Manny Pina was held out of Friday's game as a precaution following a collision with the Cubs' Javier Baez on Wednesday. Manager Craig Counsell said Pina should be available for the remainder of the weekend series, but wanted to provide another day of rest for his left shoulder that was hurt when he dove back into second against the Cubs.

Cardinals: RHP Carlos Martinez (right shoulder strain) continues his rehab assignment and was available to work out of the Double-A Springfield bullpen on Friday. The Cardinals announced earlier in the week that Martinez, typically a starter, would serve as a reliever when he returns to St. Louis. The Cardinals hope to have him back next week . IF Yairo Munoz (right wrist sprain) begins his rehabilitation assignment in Springfield on Saturday. . RHP Michael Wacha (left oblique strain) is headed to Palm Beach, Florida to begin a rehab assignment. He went on the DL on June 21.

Braves: LHP Wade Miley (2-1, 2.23) looks for his first win since he went seven innings July 21 in a 1-0 victory over the Los Angeles Dodgers. It was his longest outing of the season.

Cardinals: RHP Miles Mikolas (12-3, 2.85) has won five consecutive games. He went seven innings in each of his last three starts and the Cardinals have lost just one of the past eight games in which he started.