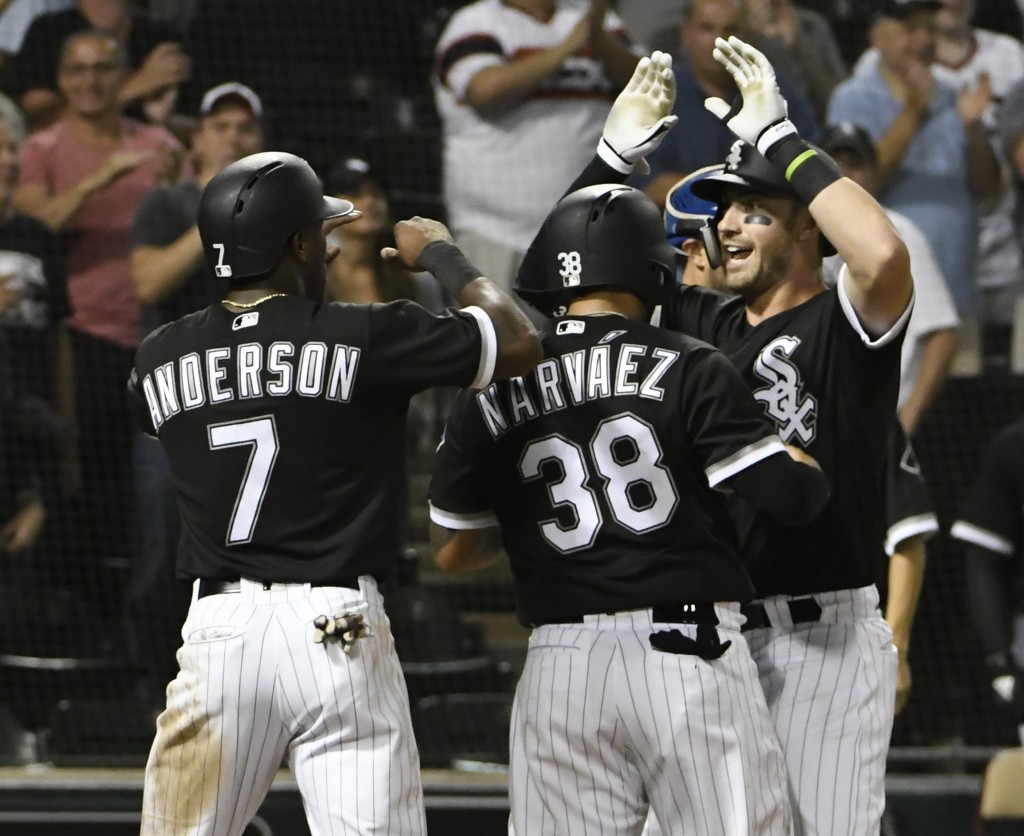 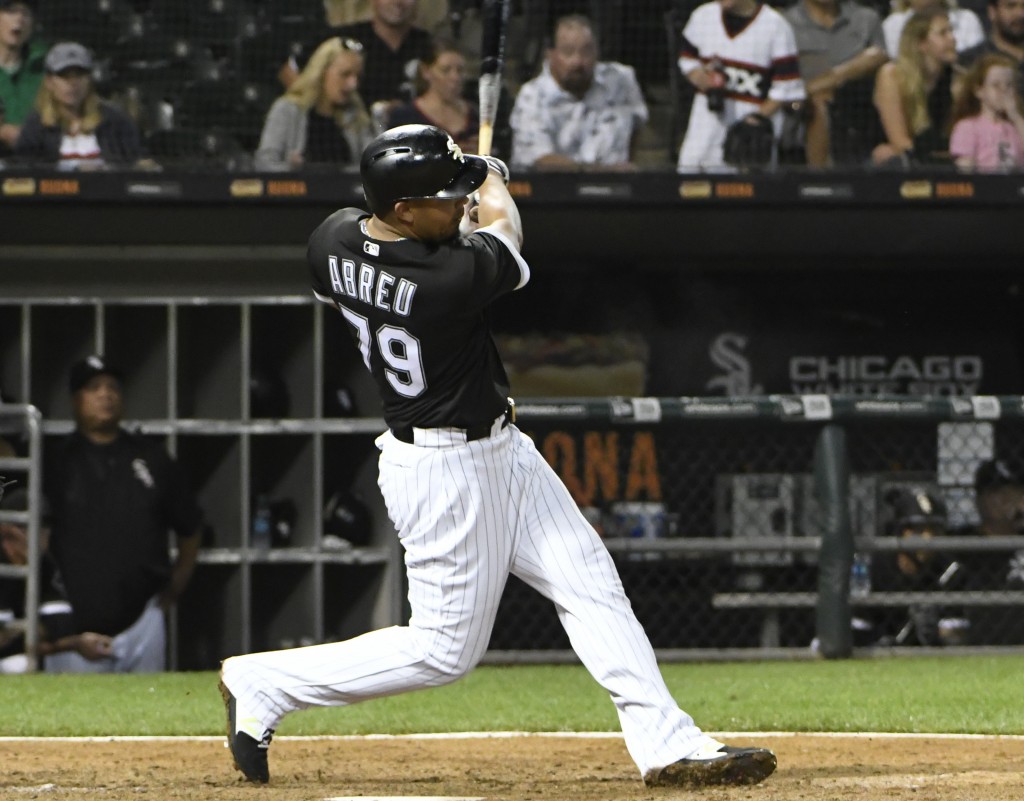 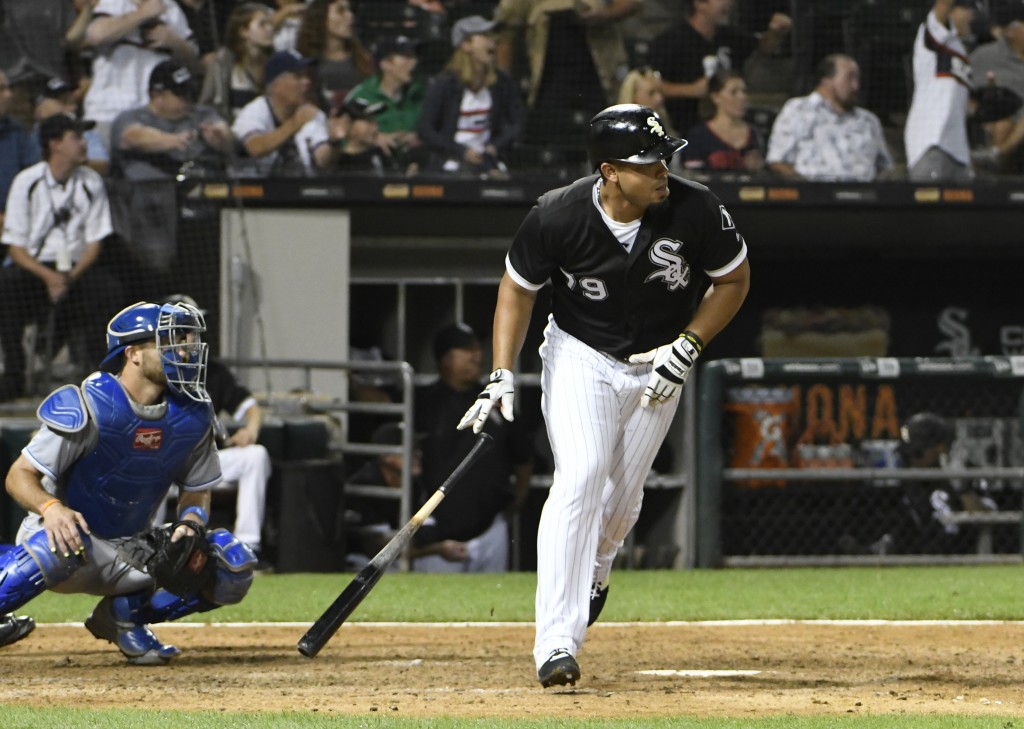 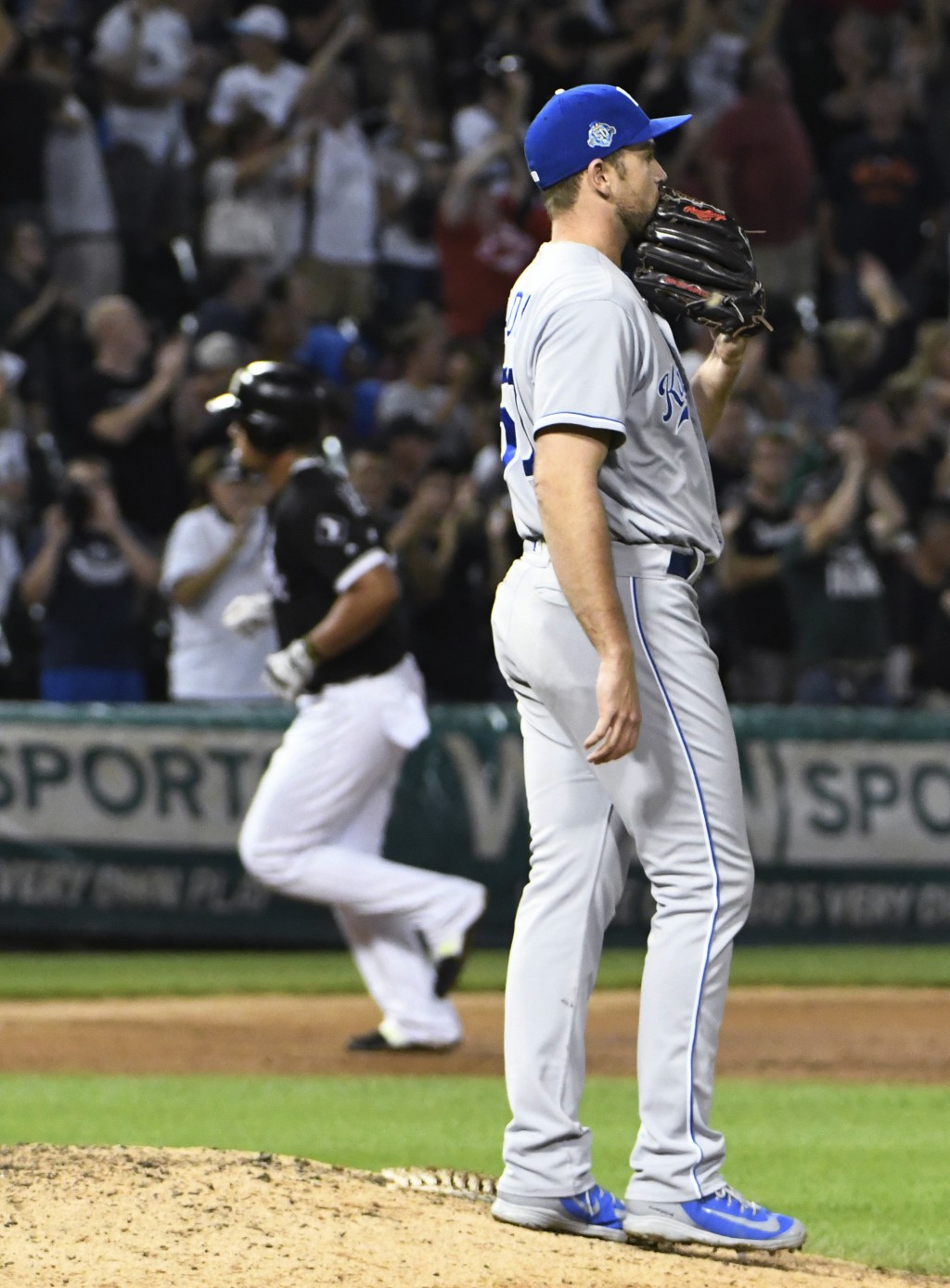 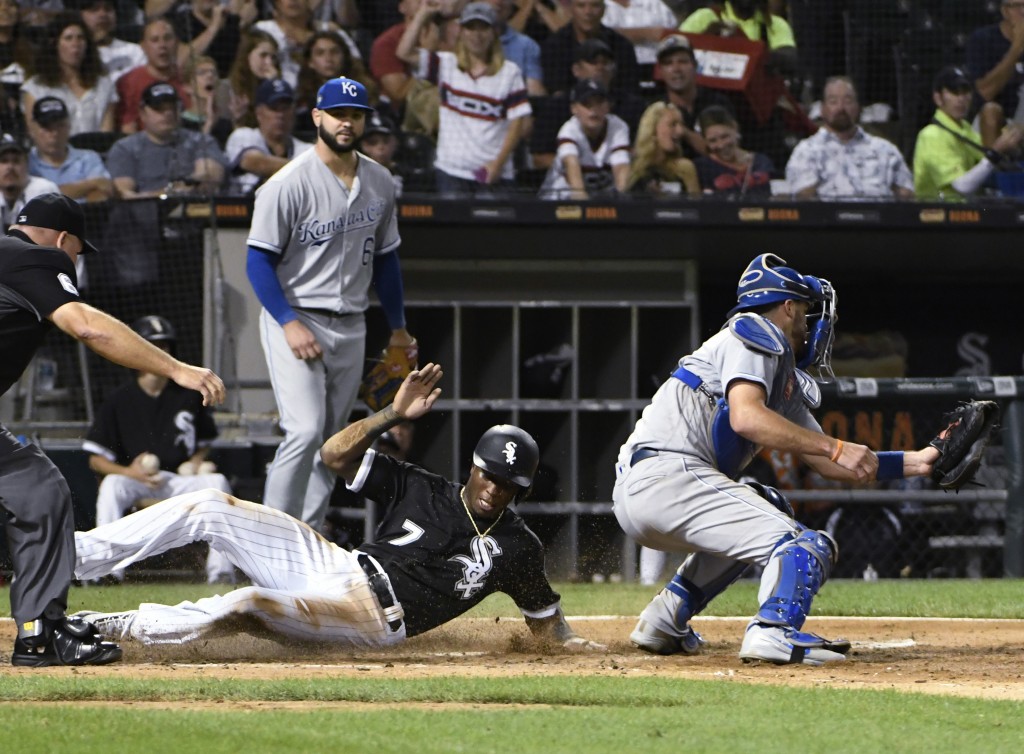 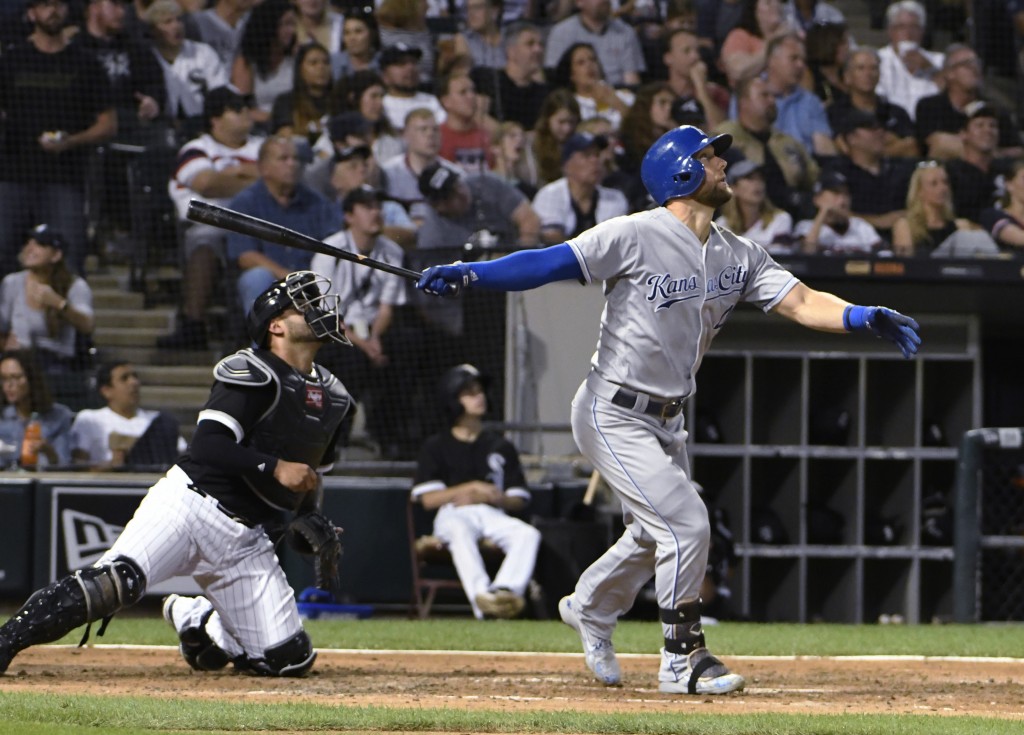 Delmonico went 2 for 4 and had a career-high five RBIs. Tim Anderson went 3 for 3 with a walk and two stolen bases for Chicago, which has won eight of 14.

Abreu's homer was his 22nd. The White Sox have homered in a season-high nine straight games, totaling 13 during that stretch.

Whit Merrifield went 2 for 2 with two walks and an RBI for the Royals.

Yoan Moncada, who was inserted back into the leadoff spot on Friday, started the rally in the seventh with a walk. Yolmer Sanchez then followed with a slow grounder to shortstop that Alcides Escobar booted for an error — snapping the Royals' 16-game errorless streak.

Right-hander Jason Adam came on to replace Tim Hill (1-4) and Abreu hit the first pitch into the left-center bleachers to give the White Sox a 5-3 lead.

Chicago wasn't through. After Matt Davidson struck out for the first out, Leury Garcia singled and stole second. After Omar Narvaez walked, Anderson singled to drive in Garcia and make it 6-3. Delmonico then followed with his three-run blast into the right-field bleachers.

Kansas City took a 3-0 lead in the third on run-scoring singles by Merrifield and Salvador Perez, and a sacrifice fly by Alex Gordon.

Chicago got a run back in the fourth. Anderson walked with two outs and none on, stole second and scored on Delmonico's single.

Anderson then chased Royals starter Jakob Junis with a one-out double in the sixth. After Hill came on, Anderson stole second and scored on Delmonico's grounder to third to make it 3-2.

White Sox C Welington Castillo began a rehab assignment with Triple-A Charlotte on Friday, going 1 for 4 as the DH in a 4-3, 10-inning loss to Louisville. Castillo, 31, was suspended for 80 games on May 24 for violating MLB's drug policy. He is eligible to return to the majors on Thursday when Chicago begins a four-game series at Detroit.

Manager Rick Renteria said Castillo will resume his role as the No. 1 catcher if he's physically up to the task. "We'll see how he's doing when he gets here and then we'll move forward," Renteria said.

Royals: OF Brian Goodwin (left groin strain) continued his rehab assignment with Triple-A Omaha as the DH on Friday. After a day off on Saturday, the plan is for Goodwin to play five innings in the outfield on Sunday.

White Sox: Garcia (strained left hamstring) was activated from the 10-day DL before the game. He entered in the third inning, replacing RF Avisail Garcia, who apparently wasn't injured. OF Ryan LaMarre was optioned to Triple-A Charlotte following Wednesday's game at Detroit, opening the roster spot.

Chicago RHP Dylan Covey (4-9, 6.06 ERA) looks to snap out of an extended rough stretch on Saturday night in the second game of the series. Covey is 1-8 with an 8.94 ERA in his last 10 starts. RHP Brad Keller (5-5, 3.40) pitches for the Royals after allowing just one run in seven innings against Toronto in last start on Monday.