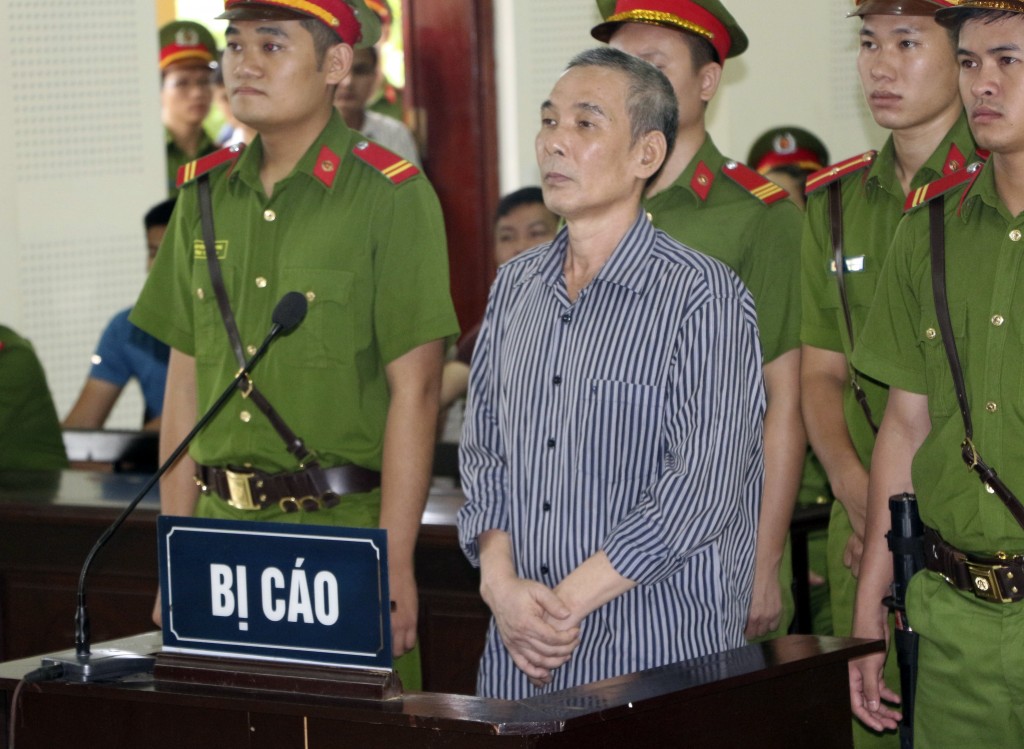 HANOI, Vietnam (AP) — The United States says it's deeply concerned over Vietnam's conviction and sentencing of an activist this week, calling the trend of increased arrests and harsh sentences of government critics "troubling."

A State Department statement also called on the communist government to release all political prisoners and allow all individuals to express their views freely and assemble peacefully without fear of retribution.

Le Dinh Luong was sentenced to 20 years in prison and five years' probation on Thursday after being convicted of attempting to overthrow the government.

His lawyer said the main charge concerned encouraging others to join the Viet Tan group in exile in the United States, which Hanoi considers a terrorist organization. He also reportedly called for environmental protests.