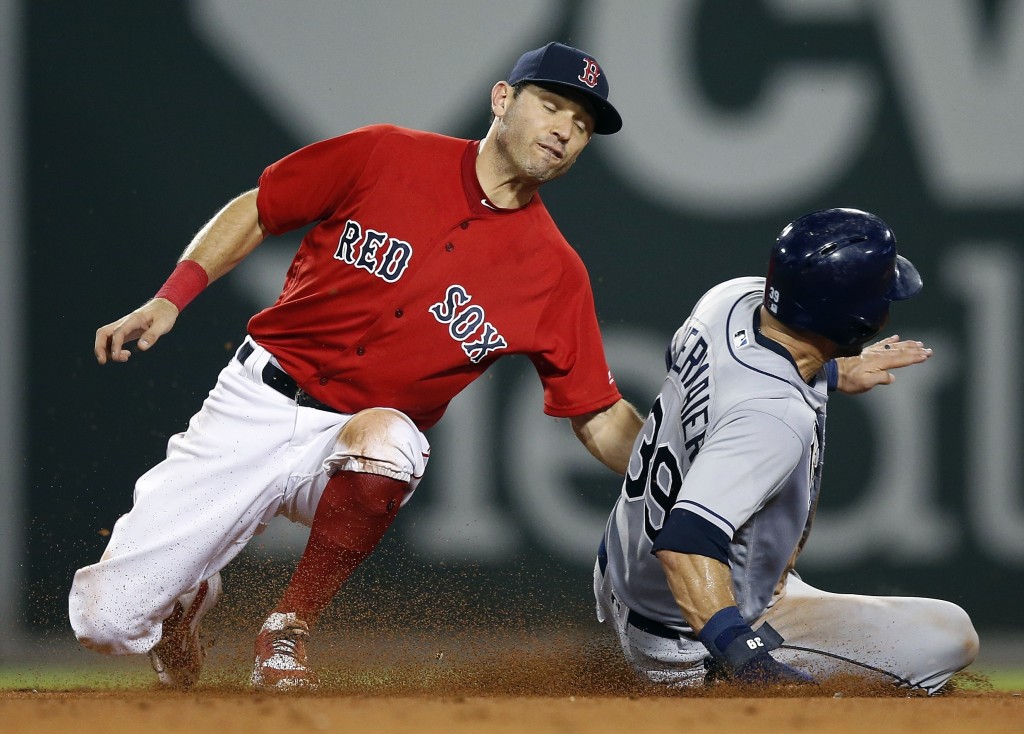 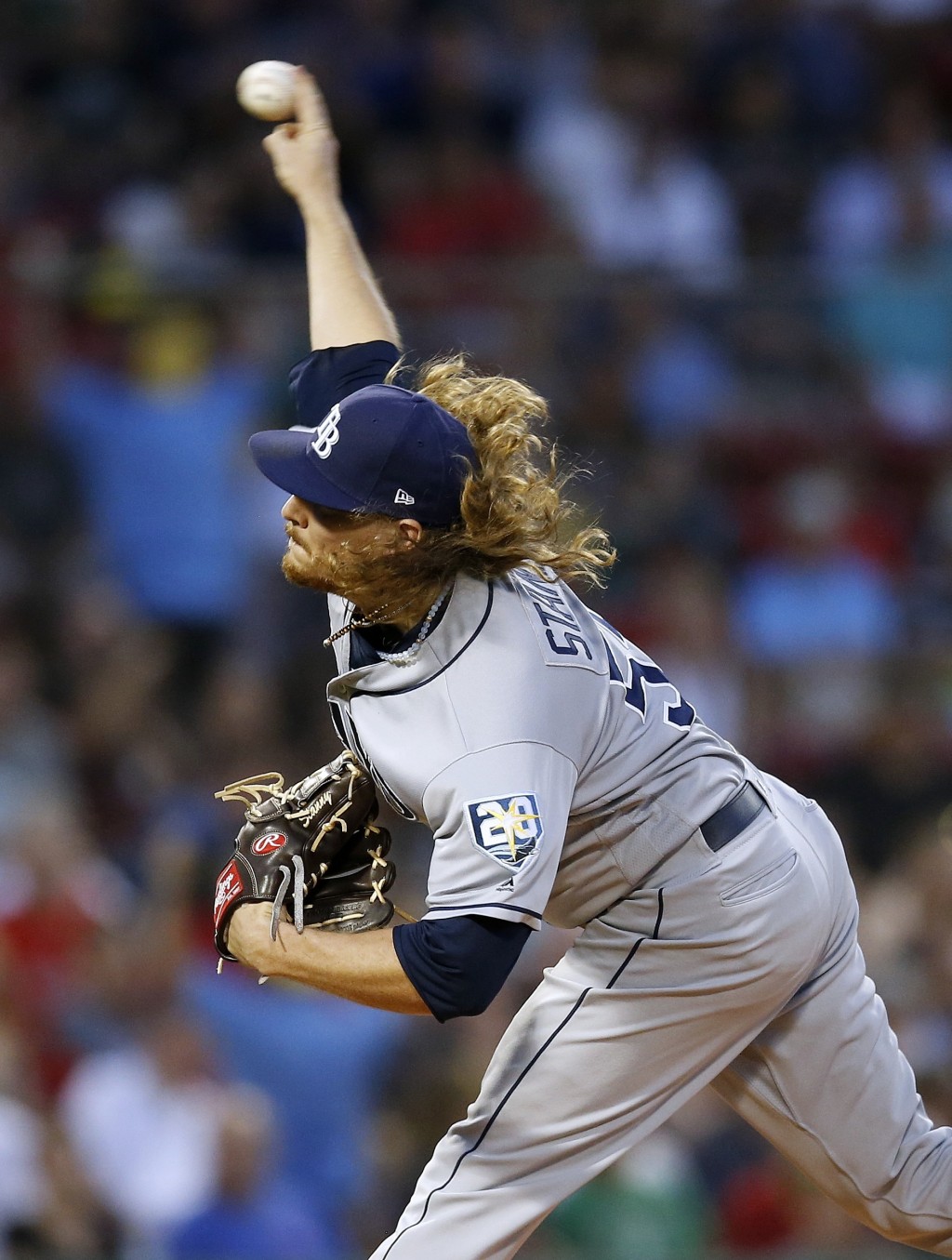 BOSTON (AP) — Xander Bogaerts hit a two-run triple and added a pair of doubles, and the Boston Red Sox scored seven straight runs after allowing three in the first to beat the Tampa Bay Rays 7-3 on Friday night.

Jackie Bradley Jr. had two hits, including an RBI double in the sixth, and the Red Sox improved on the best record in the majors with their 87th victory.

Brian Johnson recovered after getting roughed up in the first with three runs on four hits and a walk. Johnson (4-3) didn't allow another run and pitched 5 2/3 innings before leaving after Joey Wendle's two-out double in the sixth — Tampa Bay's first hit since the first inning.

Wendle drove in two runs with a double in the first and Carlos Gomez had an RBI single for the Rays.

Yonny Chirinos (1-5) took over for Ryne Stanek in the second inning and allowed five runs on nine hits over six innings.

Bogaerts pulled Boston within 3-2 on a triple to center in the first, then led off the fourth with a double. Eduardo Nunez drove him in with a single to tie it at 3-all and the Red Sox added another run after Mookie Betts' leadoff double in the fifth and a one-out single by Mitch Moreland.

Mallex Smith had a pair of hits for the Rays and a made a great catch in the second on a sinking ball hit by Nunez, running it down in shallow right just before crashing hard into the wall with his left hip. Smith held on to the ball despite tumbling into the front row and remained in the game after a quick visit from the trainer.

Bradley answered in the third for Boston when he ran down a long fly near the wall and made a leaping catch just in front of the 379-foot mark for the second out.

Johnson walked Pham with two outs in the first before Cron and Wendle hit consecutive doubles and Gomez singled to drive in Wendle for a 3-0 lead.

Stanek allowed two runs on two hits in the first, his only inning after coming out of the bullpen in the eighth inning Thursday night in the Rays' win at New York.

Rays: LHP Vidal Nuno (strained right hamstring) was scheduled to pitch two innings for Class A Charlotte on Friday night. Nuno has been on the DL since July 4.

Rays: RHP Tyler Glasnow (1-2, 3.97 ERA) gets his fourth start for the Rays since arriving from Pittsburgh in the Chris Archer trade July 31.