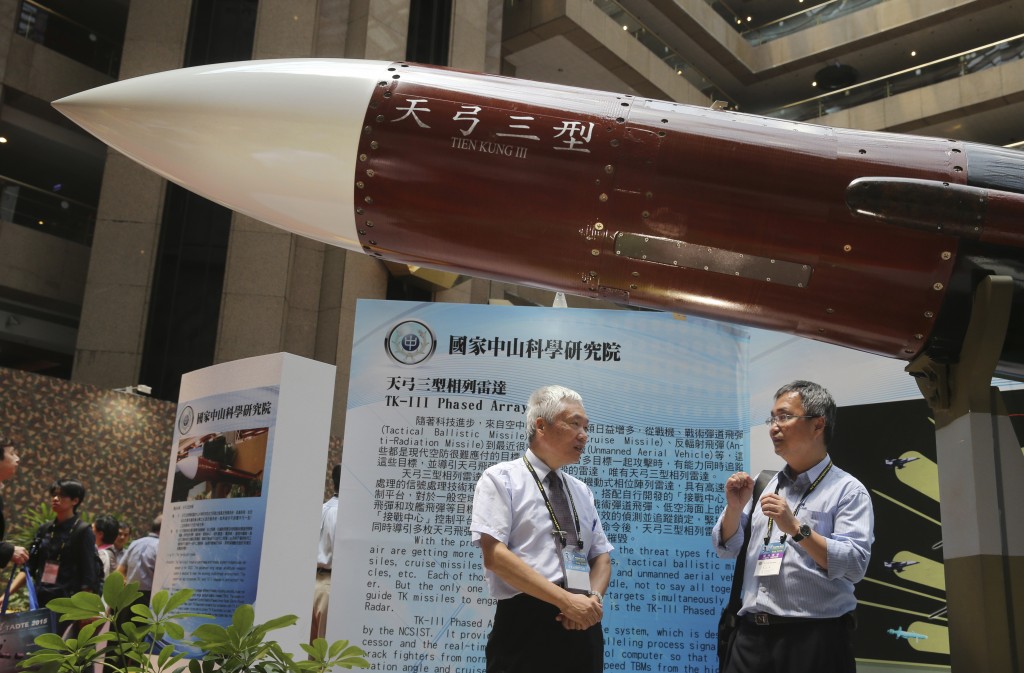 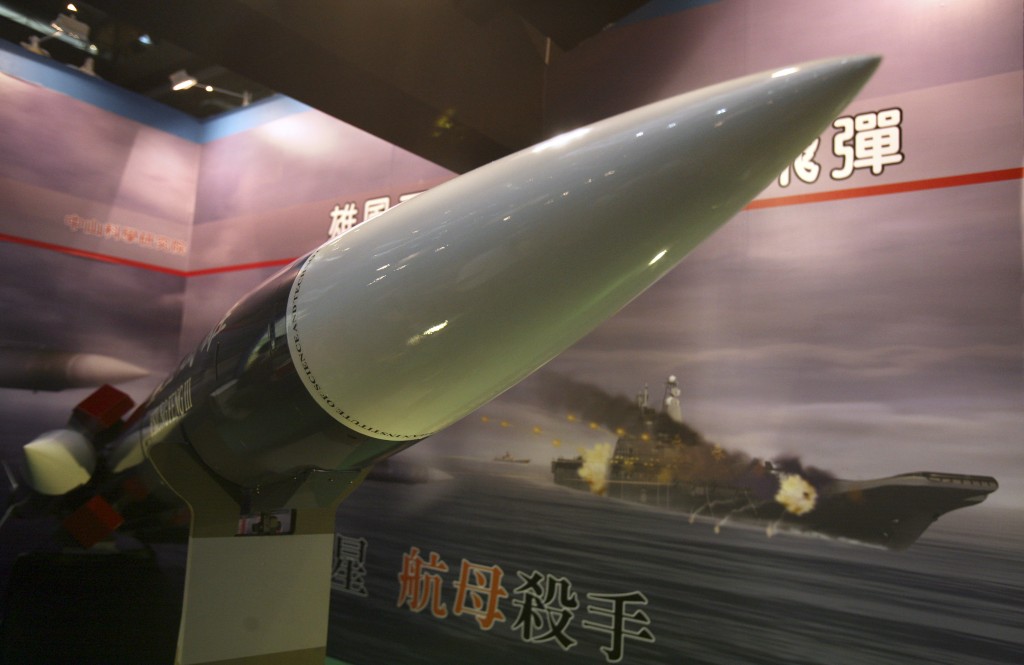 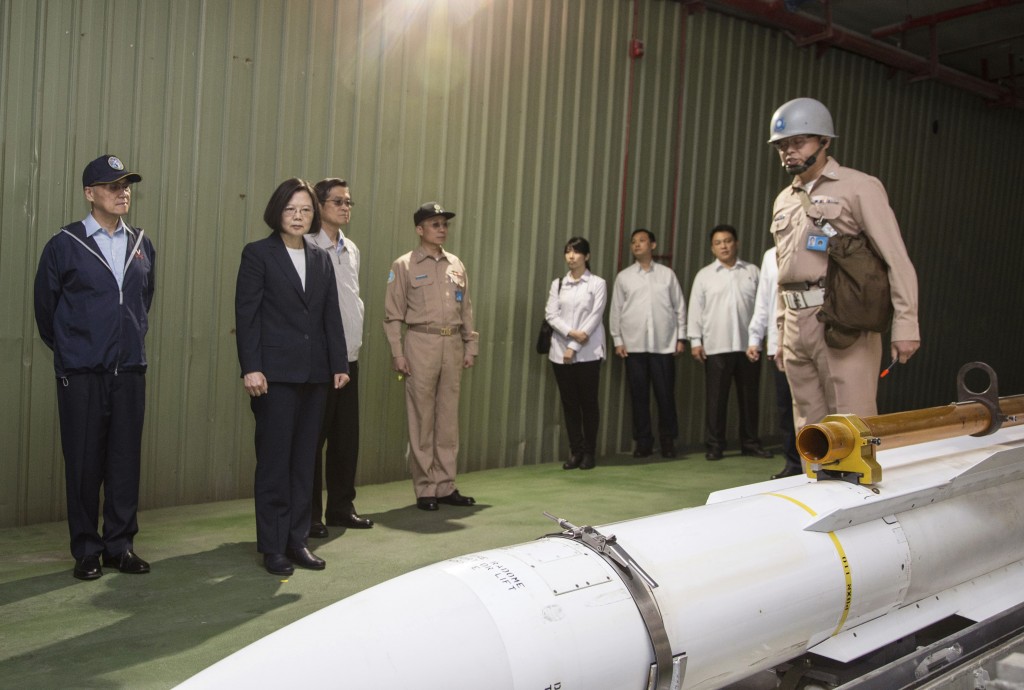 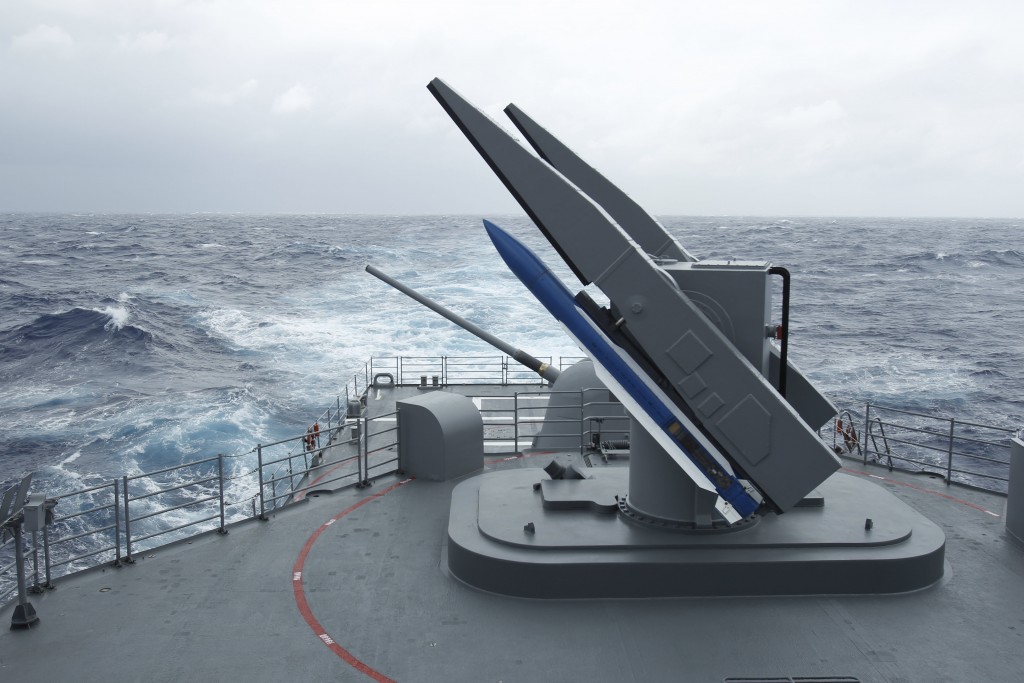 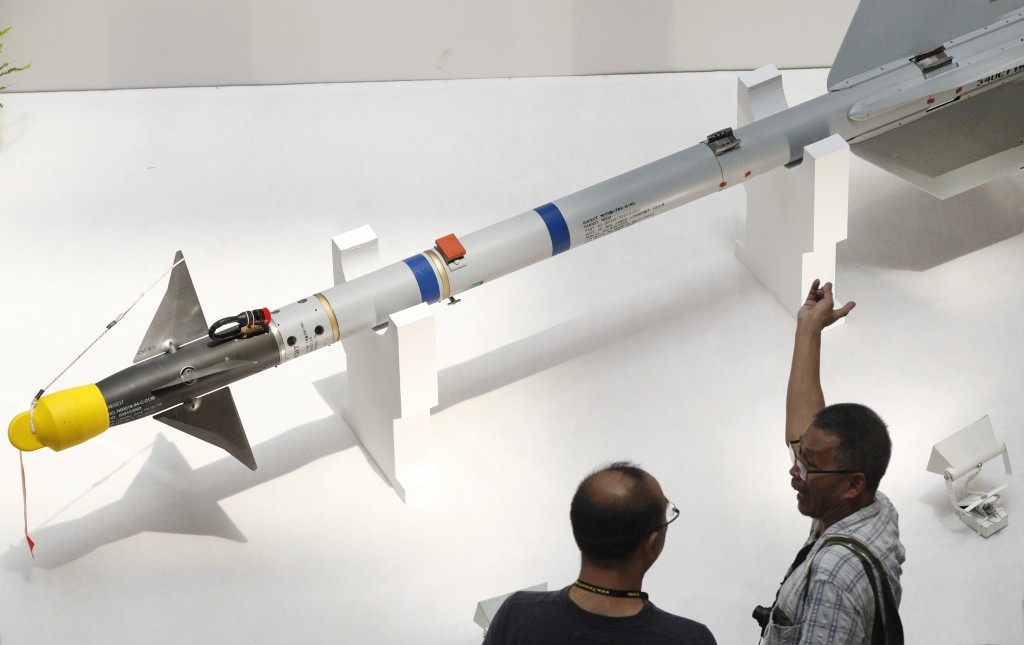 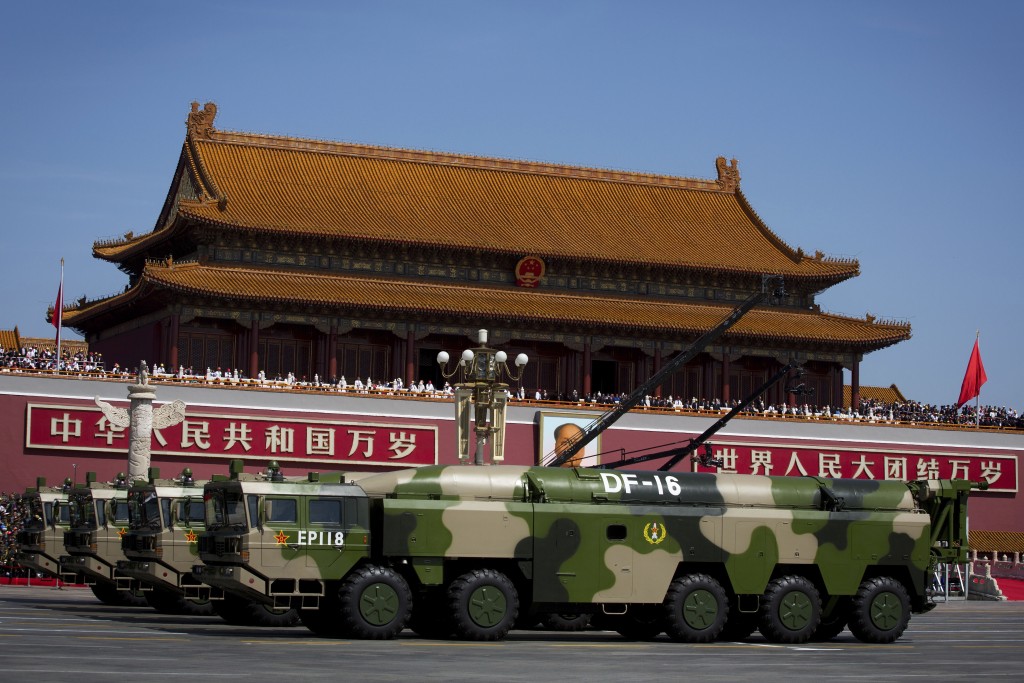 TAIPEI, Taiwan (AP) — Taiwan is responding to China's arms buildup by developing missiles and interceptors of its own that could reduce Beijing's military advantage over the self-ruled island, defense experts say.

Since President Tsai Ing-wen took office in 2016, Taiwan has deployed one set of missiles, perfected another and sped production of a third, the analysts say, in the latest sign of how it's handling a Chinese military threat that is raising the chances of an armed confrontation.

Chinese President Xi Jinping has taken a hard line against advocates of independence for the self-governed island democracy and has sent warships, bombers and fighter planes on training missions circling the island in a show of strength.

While Beijing has an increasingly overwhelming military advantage, Taiwan's missile systems advance its odds of holding off China in asymmetrical warfare, said Alexander Huang, strategic studies professor at Tamkang University in Taiwan. The term refers to effective resistance of an enemy with targeted firepower rather than overwhelming force.

"Taiwan with limited resources can only invest in the area that would create some kind of asymmetrical advantage, which would dissuade the Chinese from taking actions," Huang said. "President Tsai has committed more or at least expressed willingness to invest more in the asymmetrical capability."

The two sides have been separately ruled since the Chinese civil war of the 1940s, and China still claims sovereignty over Taiwan. Beijing has not ruled out using force to unify the sides, a threat it has highlighted amid Tsai's continuing rejection of its demand that both interact as parts of a single Chinese nation.

Hsiung Feng IIE missiles built in Taiwan have been deployed to hit military bases in China up to 1,500 kilometers (932 miles) away, said David An, senior research fellow with the policy incubator Global Taiwan Institute in Washington, D.C.

Those missiles also underwent a "substantial upgrade" last year to increase their effectiveness against ships, An said.

Meanwhile, Taiwan has stepped up production of its indigenous Wan Chien air-to-ground cruise missiles by about 100, An added.

China's Defense Ministry did not immediately respond to requests for comments on Taiwan's missile program.

To pressure Tsai into meeting its demands, the communist leadership has flown military aircraft near the island a dozen times and passed China's only functioning aircraft carrier through the 160-kilometer (100-mile) ocean strait separating them.

China has a powerful arsenal of missiles targeting Taiwan and raised its military budget by 8.1 percent this year, compared to Taiwan's increase of about 2 percent in 2017-2018. China is building warships at a world-setting pace, while also developing stealth fighters and bomb delivering vehicles that travel at up to six times the speed of sound.

China and Taiwan have never fought a full-scale war, though in the late 1950s China shelled outlying islands controlled by Taiwan without taking them. Former Taiwan President Ma Ying-jeou eased tension during his 2008-2016 term by allowing talks with China on Beijing's terms, but frictions have resumed under Tsai.

Success in an asymmetric war would hinge on Taiwan's budget, the ability of its hardware and China's attack strategy, military analysts say.

Taiwan's current crop of missiles can probably hit ships and sink transport vessels, An said. Taiwan should focus too on resisting an amphibious landing, which the People's Liberation Army Navy "has not demonstrated the ability to do without significant cost," he said.

Taiwan still lags in submarines and stealth aircraft, An said. It looks to the United States for much of its air force fleet and hopes Washington will license it diesel-electric submarine technology.

China routinely denounces defense cooperation between Taiwan and the U.S., but has been unable to prevent what limited arms sales and exchanges have occurred. Last Monday, President Donald Trump signed the John S. McCain National Defense Authorization Act, which among its clauses calls for a "comprehensive assessment of Taiwan's military forces" with an eye toward helping them.

'Taiwan's greatest promise is the hope that the United States and its allies could decide to assist Taiwan if and when Taiwan is under threat," An said.