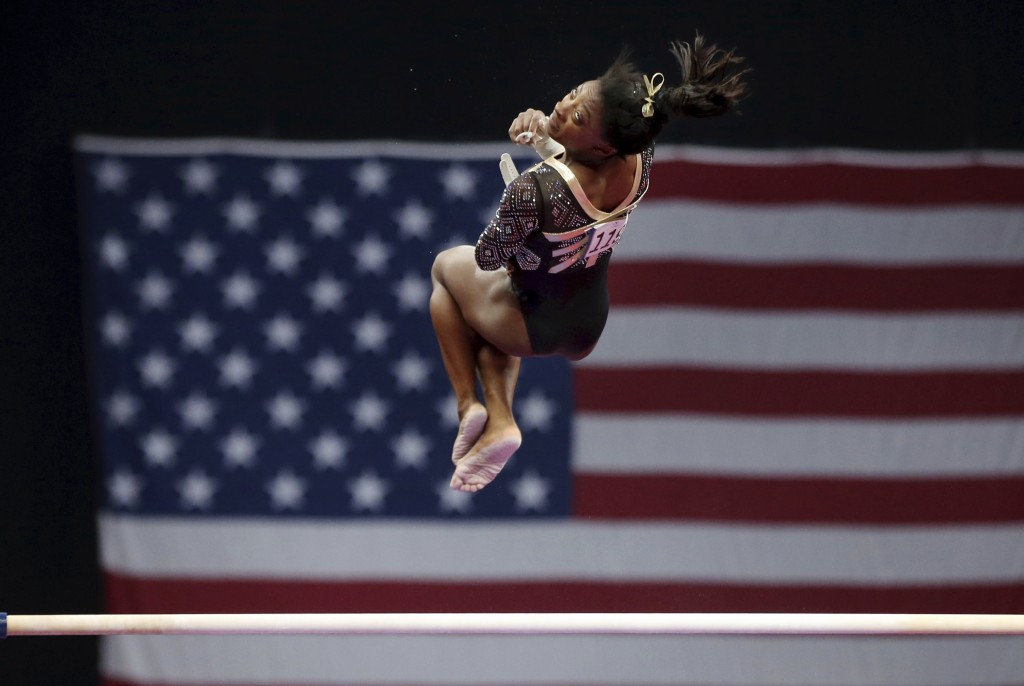 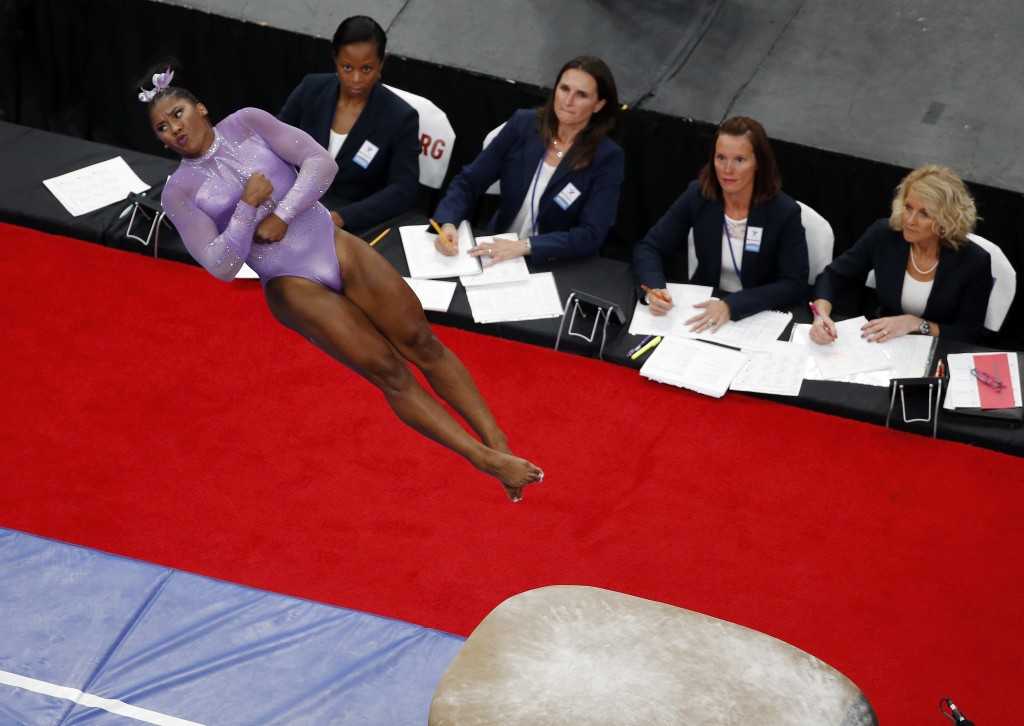 BOSTON (AP) — Simone Biles hardly looks like someone who took two years off.

The reigning Olympic gymnastics champion put on a show during the opening night of the US Championships on Friday, stringing together one electric performance at the other to give herself a commanding lead over world champion Morgan Hurd. Biles posted a score of 60.100, well clear of Hurd the top all-around score in the world this year.

Biles returned to competition at the US Classic two weeks ago and won easily even with a handful of small errors she promised could clean up in time for nationals. Though she wasn't quite perfect — going out of bounds twice during her floor routine — she left little doubt she remains in a class by herself. And it's not close.

And she did it while working in an upgrade or two. Biles did just one vault at the US Classics but added an Amanar for nationals. She drilled it with ease, seemingly falling out of the sky while finishing her 2 1/2 twists, turning the competition very much into what it was during the run-up to the 2016 Olympics, when there was the Biles Division and there was everyone else.

Hurd did her best to keep Biles at least within eyesight. The 17-year-old missed out on a chance to make a real run at Biles two weeks ago when she fell off the beam. There were no major mistakes this time around. She finished in the top five on all four events, looking like someone who has taken a significant step forward over the last 10 months.

Riley McCusker is third, followed by Grace McCallum and Trinity Thomas. Defending national champion Ragan Smith, battling foot injuries, struggled. The 2016 Olympic alternate is tied for ninth after putting up a 53.750, well below her all-around scores at the 2017 championships when she easily rolled to victory.

Biles was just beginning the early stages of her return last August. She got serious about competing last fall and now nine months later appears to be even better than she was when she dominated the 2016 Olympics.