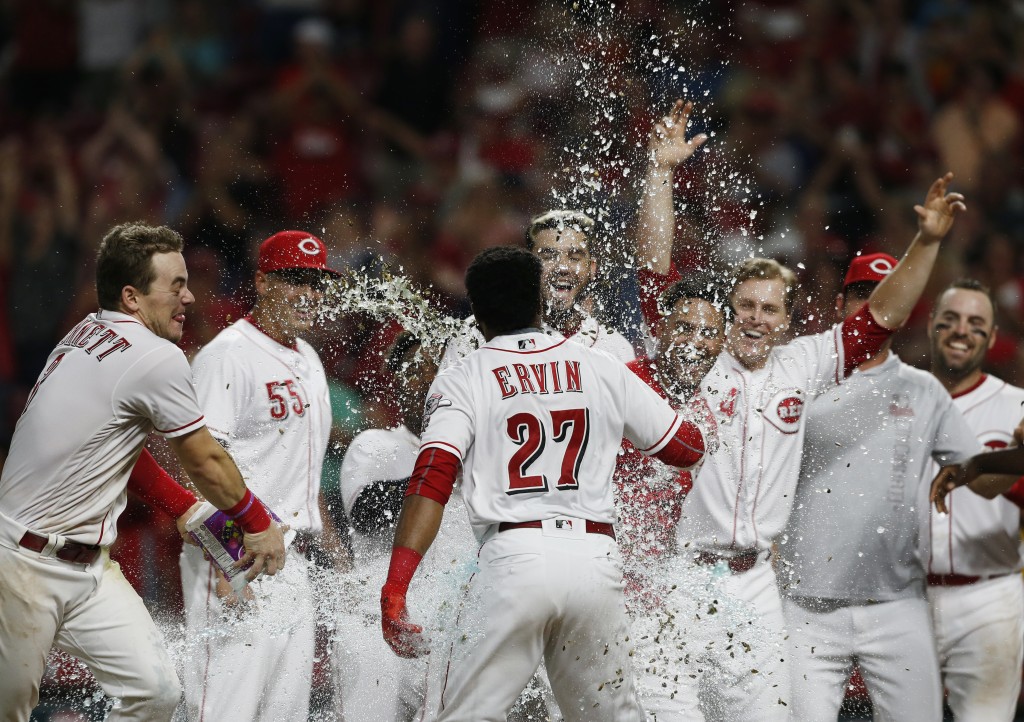 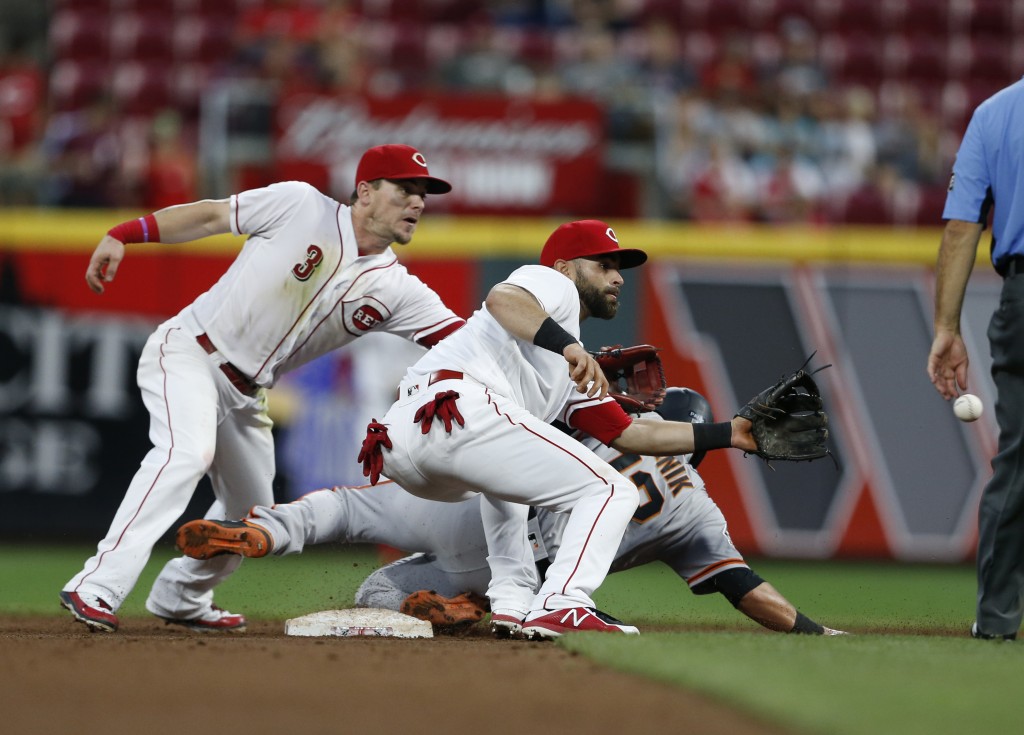 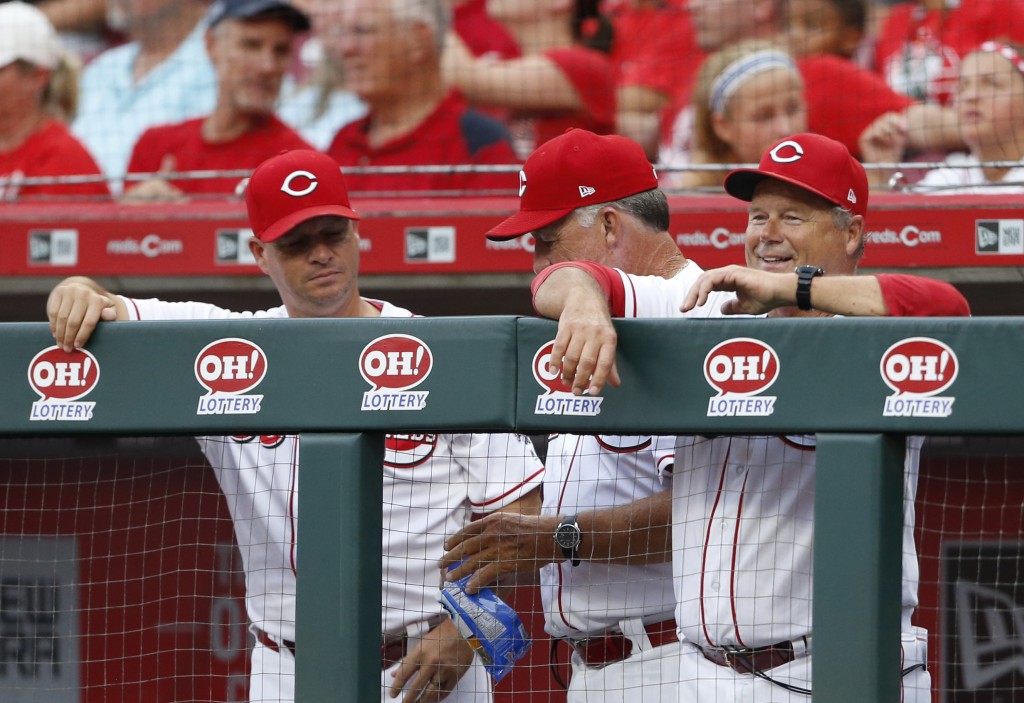 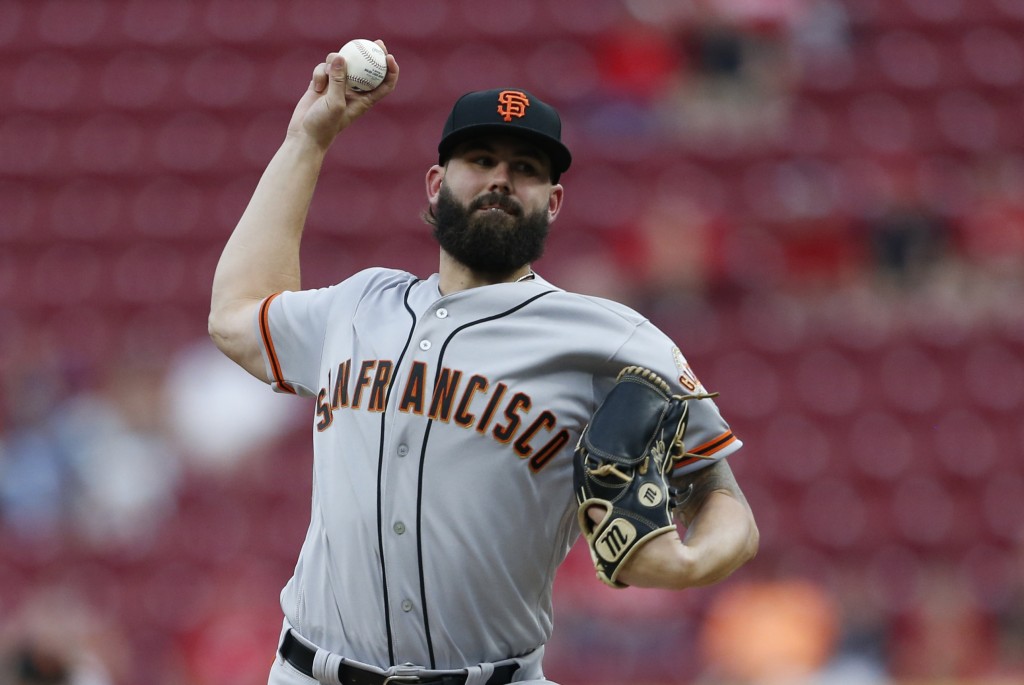 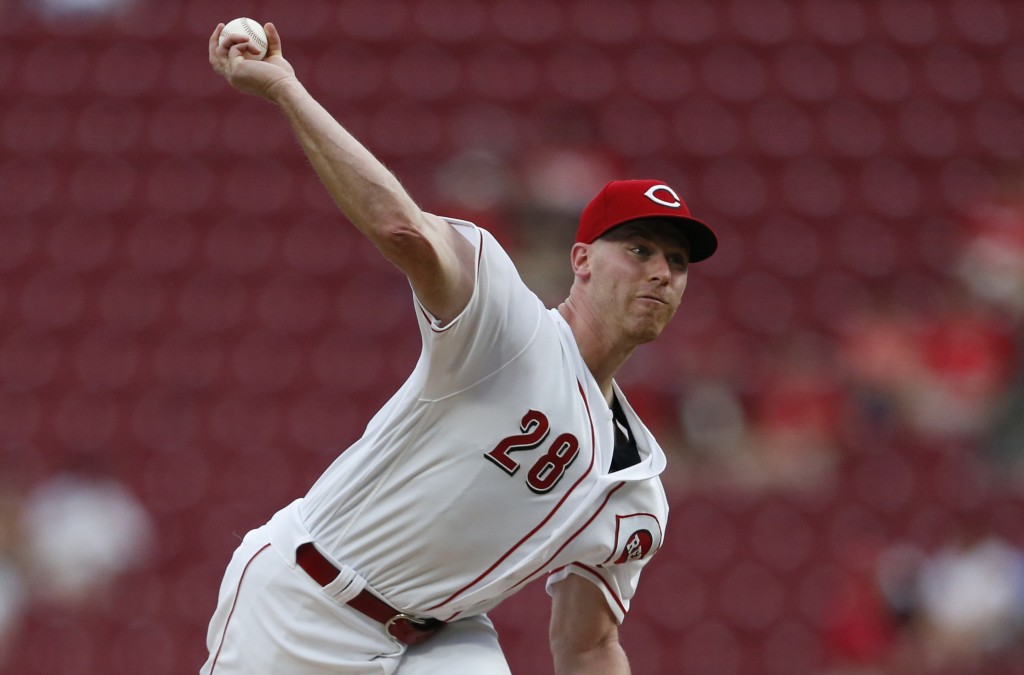 CINCINNATI (AP) — Phillip Ervin led off the 11th inning with a home run over the center field fence, lifting the Cincinnati Reds over the San Francisco Giants 2-1 on Friday night.

Ervin's third homer of the season and first career walkoff drive came on a 1-1 pitch from Ray Black (2-2).

David Hernandez (5-0) struck out two in a perfect 11th inning as the Reds ended a four-game losing streak.

Cincinnati starter Anthony DeSclafani pitched a season-high 7 2/3 innings, giving up six hits and one run with one walk and five strikeouts. He retired 11 consecutive batters from the fifth into the eighth.

Casey Kelly, making his 10th major league start and first since May 22, 2016, for Atlanta, pitched around giving up nine hits and a walk to allow just one run in 4 1/3 innings. He was pitching in the rotation slot that opened up when Dereck Rodriguez went on the disabled list Thursday.

Kelly, who has been injured, had a fan in the Reds dugout — his dad, Pat, is Cincinnati's bench coach.

The Reds took a 1-0 lead in the second when Tucker Barnhart doubled and Curt Casali singled. The Giants tied the game in the third on Steven Duggar's leadoff double, Kelly's sacrifice and McCutchen's single.

Giants: RHP Jeff Samardzija threw 50 pitches to batters while getting up and down three times before the game. He'll be evaluated on Saturday and could go on a rehab assignment Wednesday, manager Bruce Bochy said. Samardzija has been on the disabled list since July 15 with right shoulder inflammation.

Reds: 1B Joey Votto went on the 10-day disabled list with a right lower leg contusion, the result of being hit by Ryan Madson's pitch in Washington on Aug. 4.