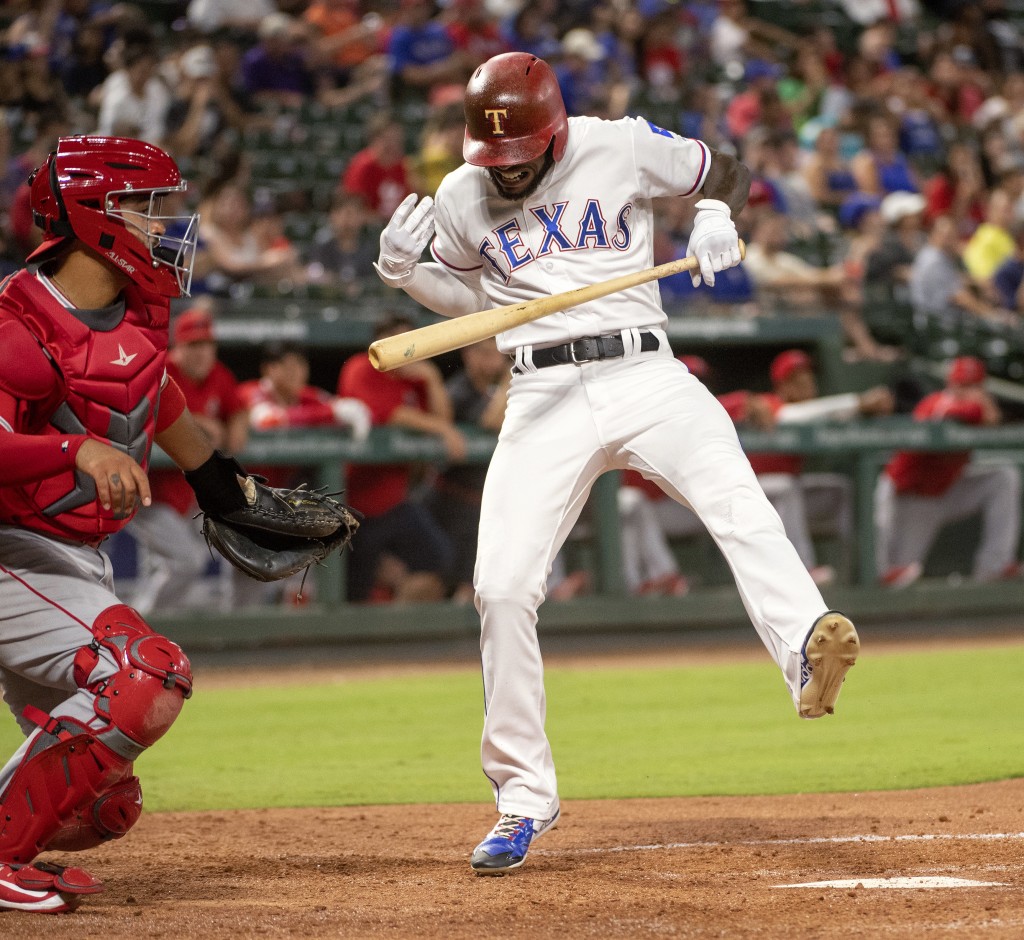 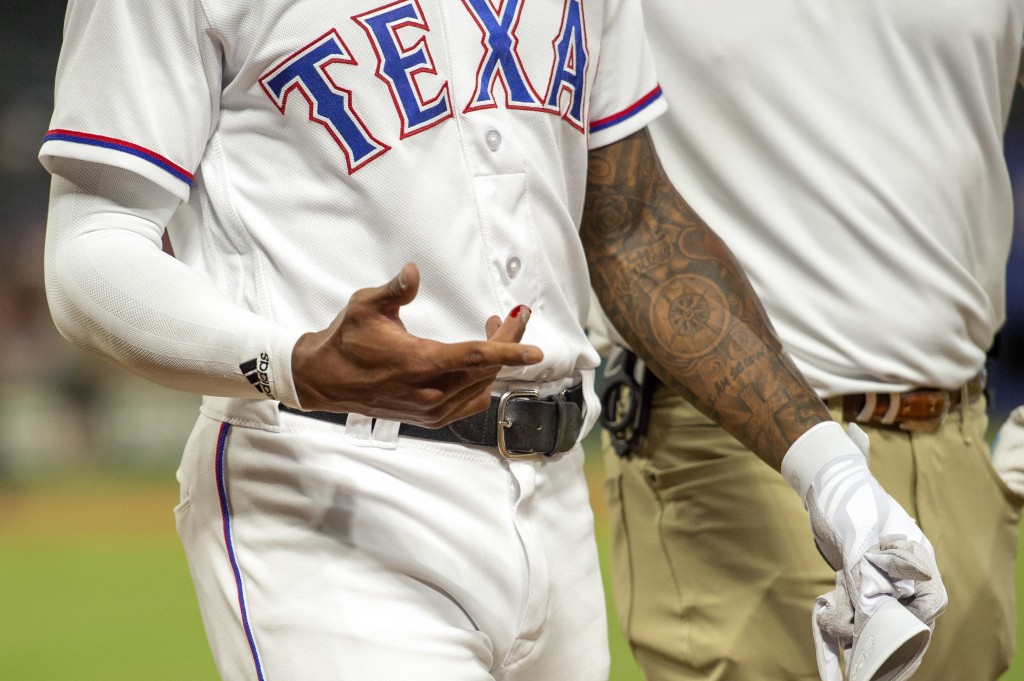 ARLINGTON, Texas (AP) — Texas Rangers center fielder Delino DeShields has been placed on the 10-day disabled list with a fracture on the tip of his right middle finger.

The move was made before Friday's game against the Los Angeles Angels.

DeShields got hurt in the series opener Thursday night when he got hit by a pitch on an attempted bunt.

Infielder/outfielder Drew Robinson was recalled from Triple-A Round Rock for his third stint with Texas this year.

It is the second time this season that DeShields has gone on the DL. He missed 20 games after a hamate bone fracture in his left hand the first week of the season. He is hitting .204 with 22 RBIs and 18 stolen bases in 85 games.