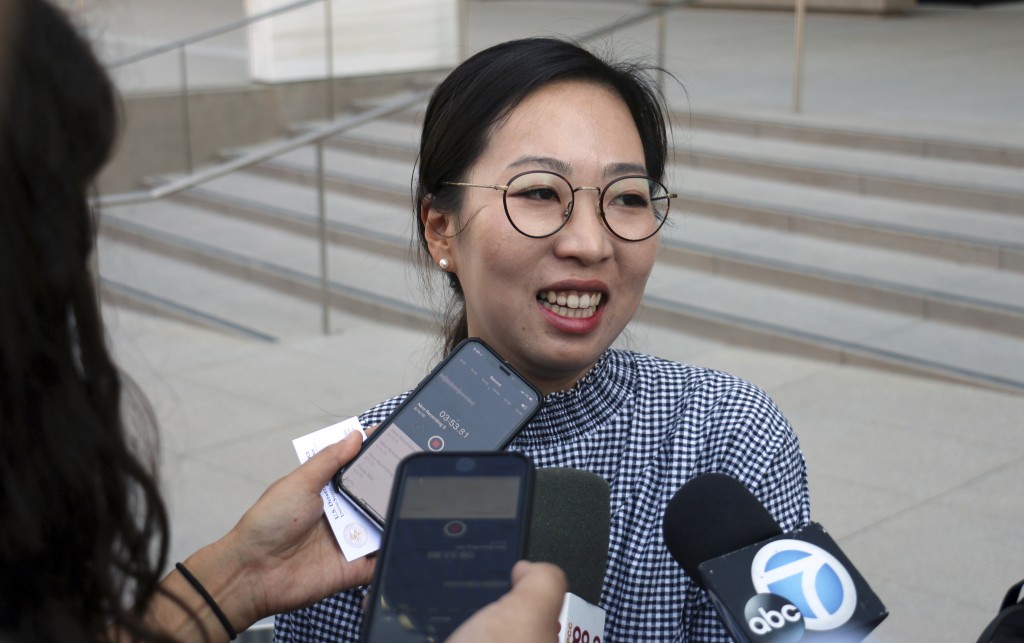 LOS ANGELES (AP) — A South Korean-born U.S. Army specialist who sued after the military moved to discharge her has been granted citizenship, her attorneys said Friday.

Yea Ji Sea, 29, had filed a lawsuit last month demanding a response to her citizenship application. She came to the country as a child on a visitor visa and held other visas before enlisting in 2013 under a special government program for foreign citizens who want to serve in the U.S. military.

Under the program, recruits agreed in their enlistment contracts to apply to naturalize as soon as their honorable service was certified.

On Friday, the Justice Department notified Sea that her application was approved, according to the American Civil Liberties Union Foundation of Southern California. She's scheduled to be sworn in at a citizenship ceremony on Aug. 24.

"I love this country and was honored to serve it in the U.S. Army," Sea said in a statement. "I had felt like I was like I was an American since I was a child, growing up here. I had hoped for a long career in the Army. But I am so happy now that I will be a citizen."

Sea's attorney, Sameer Ahmed, said he was "glad the government has made good on its promise under its enlistment program."

Ahmed said earlier this week that he believed Sea's case was part of a greater effort by the Trump administration to deny citizenship to soldiers.

The Associated Press reported last month immigration attorneys knew of more than 40 U.S. Army reservists and recruits who enlisted in the military with a promised path to citizenship and have been discharged or whose status has become questionable, jeopardizing their futures.

The Army has since temporarily stopped discharging immigrant recruits, pending a review of the program.

Sea applied for citizenship in 2014, but she was denied after immigration officials alleged there had been a fraudulent document in an earlier student visa application. Sea believed the paperwork she obtained through an approved language school was legitimate, according to the lawsuit, but the school's owner was convicted in a fraud case.