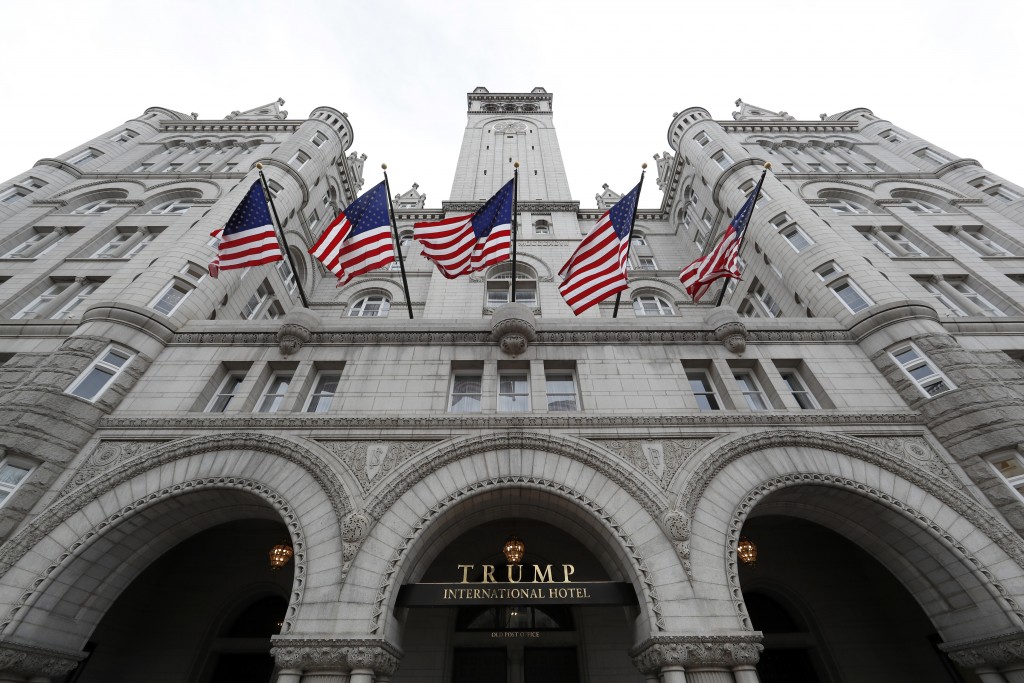 WASHINGTON (AP) — Justice Department lawyers asked a federal judge Friday to let them file a legal appeal that could, for now, keep President Donald Trump's critics from getting access to financial records related to his Washington, D.C., hotel.

Trump has been fighting multiple lawsuits that argue that foreign representatives' spending money at the Trump International Hotel is a violation of the U.S. Constitution's emoluments clause, which bans federal officials from accepting benefits from foreign or state governments without congressional approval.

U.S. District Judge Peter J. Messitte, who is based in Maryland, ruled last month that one of those lawsuits could go forward.

In a sally to prevent the case moving on to legal discovery — which would potentially unearth financial records such as Trump's income tax returns — Justice Department lawyers asked Messitte on Friday to put the case on hold while they appeal his decision to a higher court in Richmond, Virginia.

The plaintiffs, the state of Maryland and the District of Columbia, have said they plan to move forward quickly with discovery — for example, seeking information from the hotel, a Trump hotel steakhouse and the General Services Administration as well as the president's financial records.

In court documents, the Justice Department objected to any discovery on a sitting president in his official capacity because of separation of powers concerns, in order to avoid a "constitutional confrontation" between two branches of government.

Justice lawyers argued that the "public interest is decidedly in favor of a stay because any discovery would necessarily be a distraction to the President's performance of his constitutional duties."

D.C. Attorney General Karl Racine responded: "After winning two major rulings in this case already, we anticipated President Trump's most recent motion. Nonetheless, our case is still moving forward. We are on track to propose a schedule for discovery by September 14, and we hope to request relevant documents shortly thereafter."

Messitte's ruling last month that an emolument "extends to any profit, gain or advantage" was the first time a federal judge had defined the term.

It is that definition, and the argument that the plaintiffs have suffered actual harm and have a right to sue, that the Justice Department wants reviewed by a higher court.

The plaintiffs have argued that Trump — who has declined to divest from his assets as president — is capitalizing on the presidency and causing harm to businesses trying to compete with his Washington hotel, which is just steps from the White House.

The Justice Department has said earnings from business activities, including hotel room stays, don't qualify as emoluments. Its attorneys have argued that under Maryland and D.C.'s interpretation, no federal official would even be able to own stock from a foreign company that provides profits or collects royalties.

The case raises important questions and should provide "clarity on the boundaries of what a president can do while in office," said Ted Boutrous, a partner at Gibson, Dunn & Crutcher LLP who's been keeping an eye on all the cases, but isn't involved.

"The discovery would be interesting too," he added with a laugh.