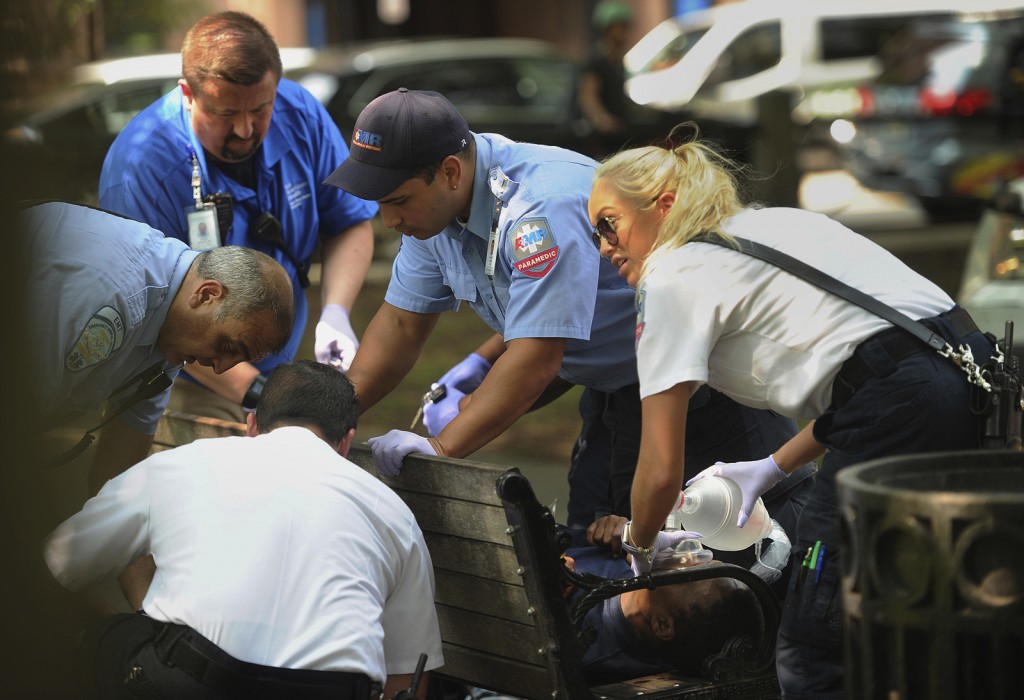 A decade after first appearing in the United States, fake weed is seen as a growing health danger.

Some marijuana smokers turned to it because it is relatively cheap and not detected in routine drug testing. Dozens of people in New Haven, Connecticut, went to the hospital this week after overdosing on a batch of synthetic marijuana.

A look at the issue:

While states have moved to legalize traditional marijuana, fake pot has become a public health threat. Synthetic marijuana is a mind-altering drug made by taking plant material and spraying it with chemicals that can mimic the high from marijuana. It is sold under names like K2, AK47, Spice, Kush, Kronic, and Scooby Snax.

The chemicals also can also be mixed into a liquid and vaped, and even mixed into tea or food. The substances can produce some similar effects to traditional marijuana including relaxation, elevated mood and altered perception.

Authorities have detected scores of chemicals in synthetic marijuana, and say chemical composition can vary not only from product to product but from batch to batch. Some ingredients are banned by federal or state law. Drug dealers peddle fake weed, and police say people have been able to buy it online or in convenience stores and gas stations.

Fake weed products are not tested for safety and people who use them don't know exactly what chemicals they're putting into their bodies.

Earlier this year, more than 160 people in Illinois were sickened and at least four died after using synthetic marijuana tainted with rat poison.

WHAT ARE THE DANGERS?