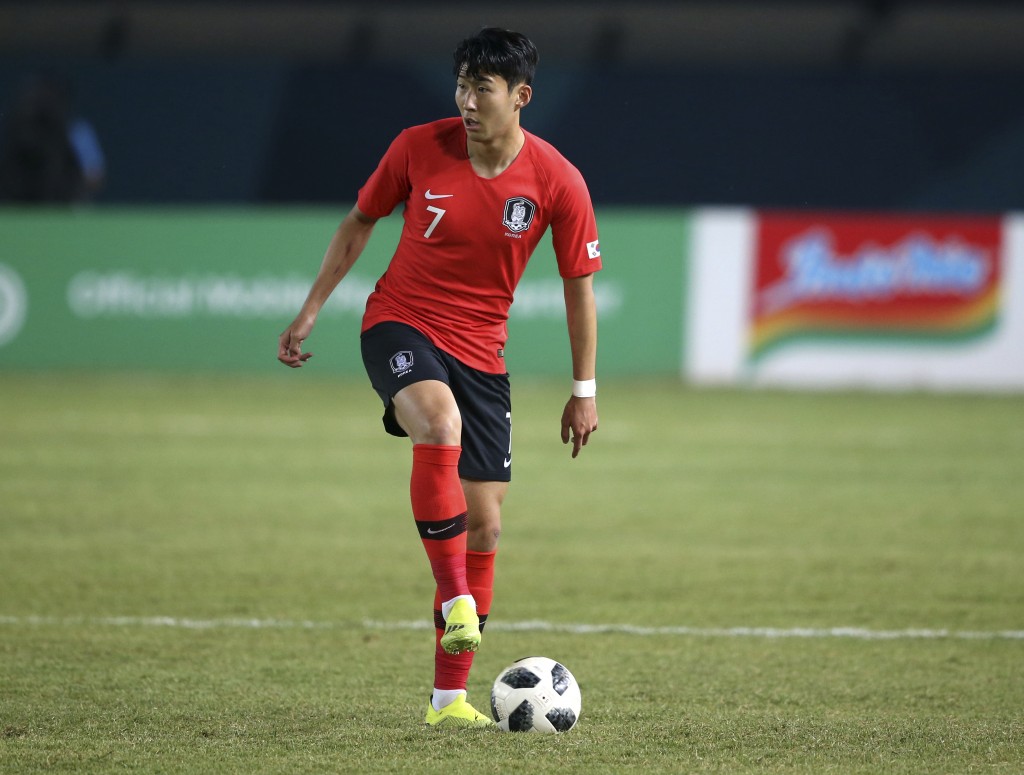 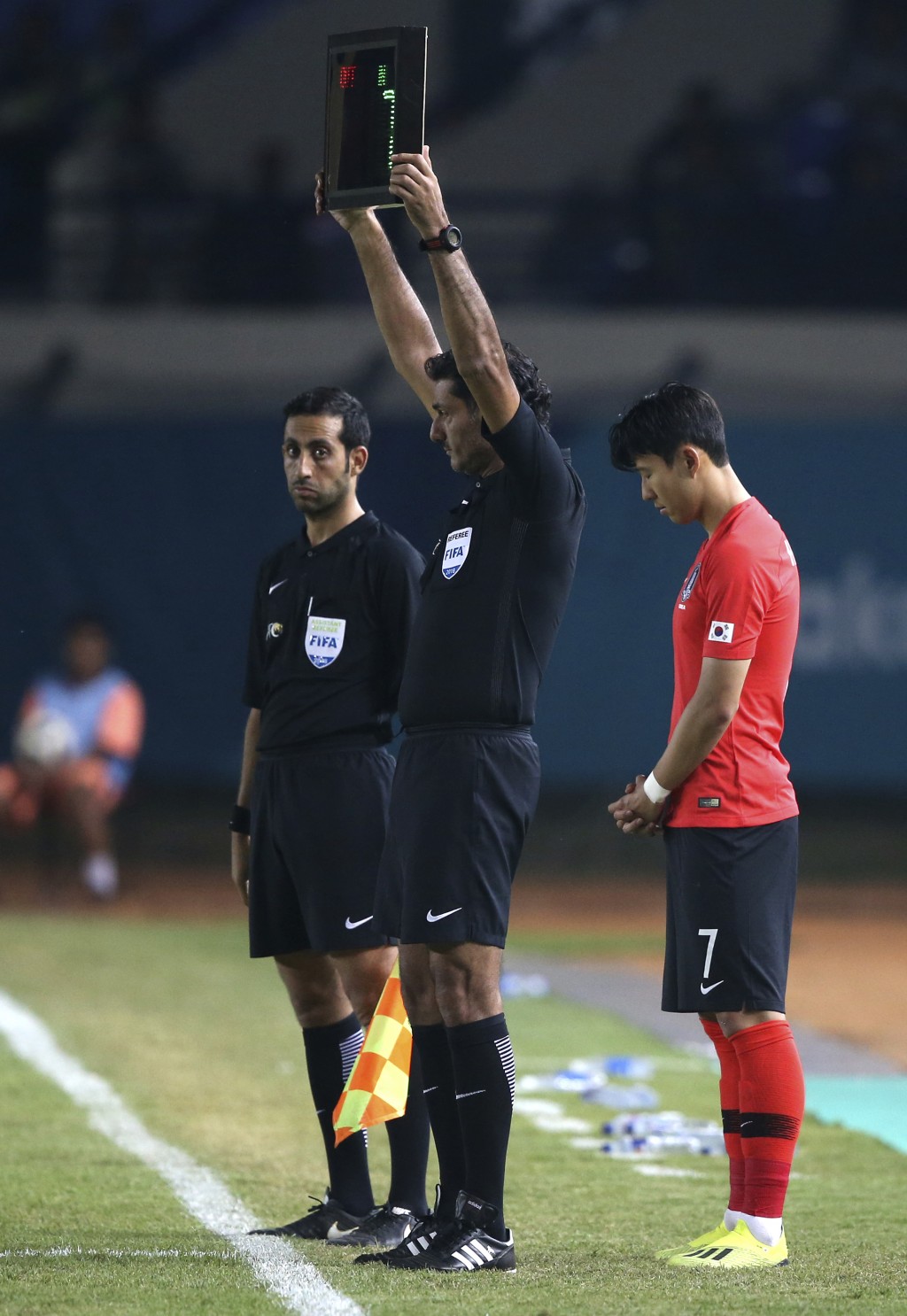 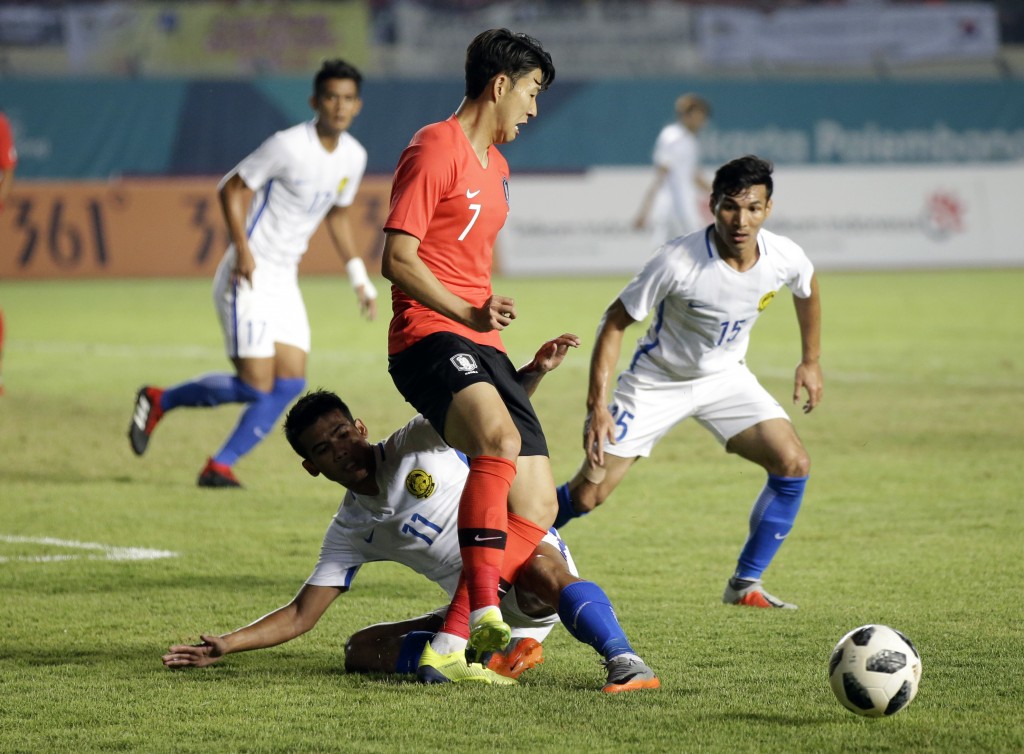 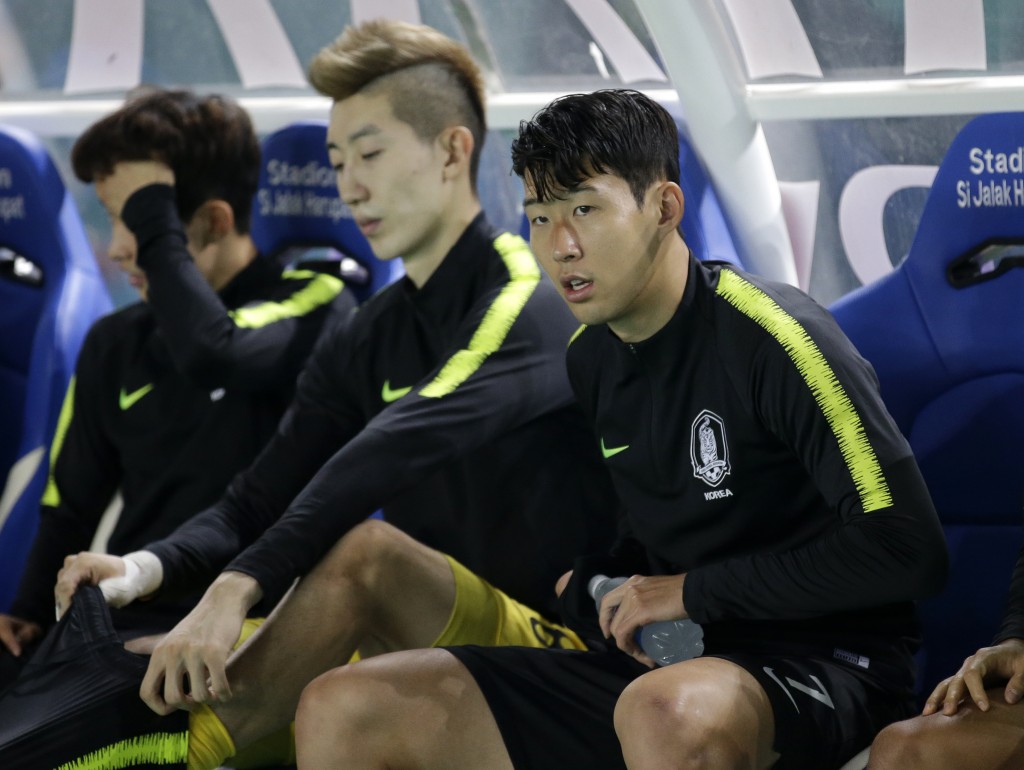 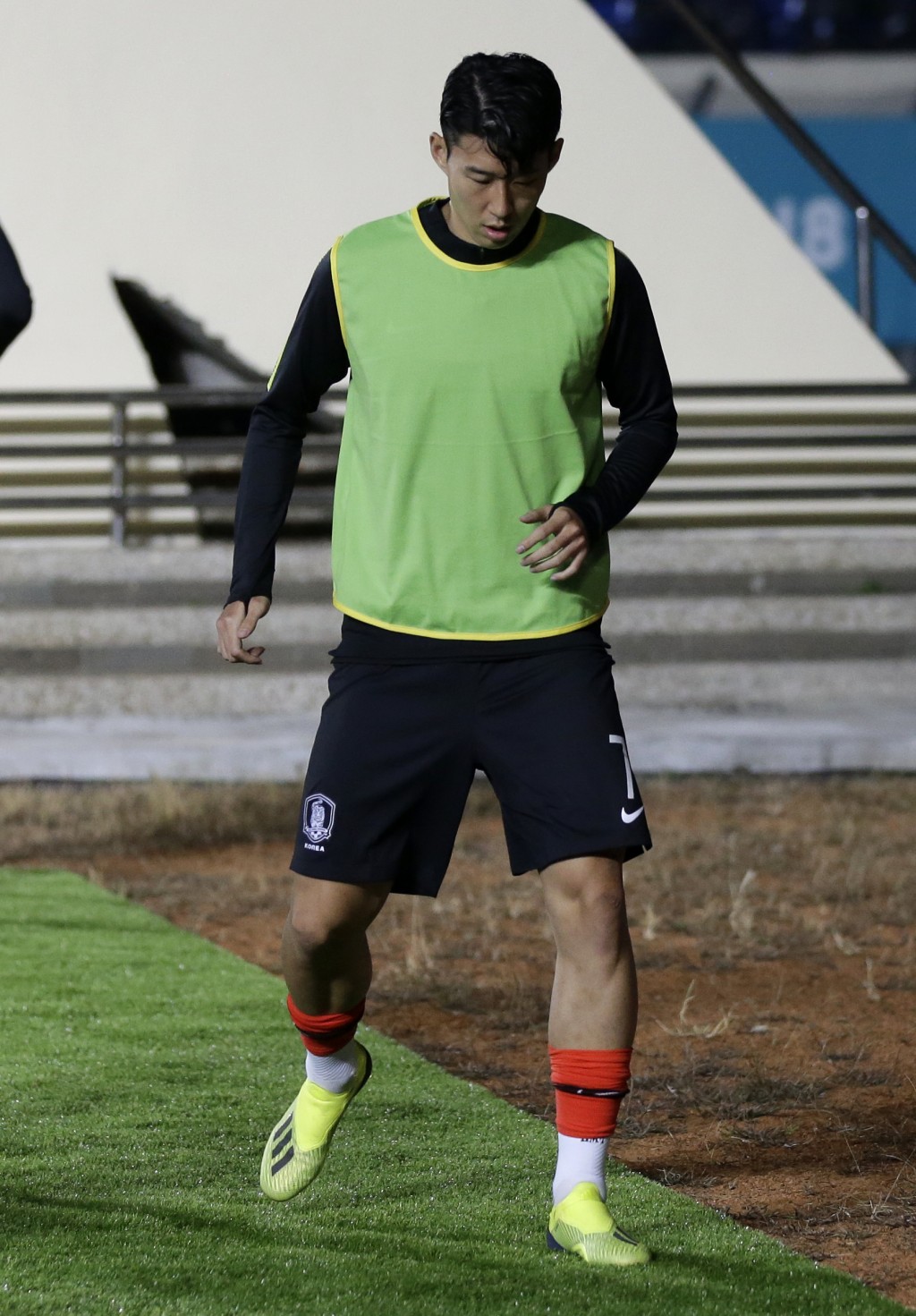 BANDUNG, Indonesia (AP) — Winning the gold medal at the Asian Games got a little more complicated for Tottenham forward Son Heung-min when his belated entry into the tournament for South Korea ended in a surprising 2-1 loss to Malaysia.

Son arrived in Indonesia on Monday after helping Tottenham to a win over Newcastle in the Premier League and missed South Korea's opening 6-0 win over Bahrain. He didn't start Friday's game against Malaysia and the defending champions were already trailing 2-0 when he finally went on in the 57th minute.

His previous appearance in a South Korea jersey was at the World Cup, where his late goal sealed an upset win over 2014 champion Germany in a dramatic group-stage finish.

He was unable to spark a comeback win at SI Jalak Harupat Stadium, an art deco-inspired 27,000-seat stadium set amid volcanic hills and tea plantations on the outskirts of Bandung, the capital of Indonesia's West Java province.

It's a four-hour drive southeast from Jakarta, and a long way from where Son probably should be at this stage of the season, but South Korea's highest-profile soccer player is on a mission.

A gold medal will exempt Son from 21 months of military service, an obligation he is otherwise expected to start within the next two years. That's the kind of national commitment that could hurt his playing career.

He's at the Asian Games as one of the three wildcard players — the over-age players in the under-23 squads — for South Korea. And he's one of four members of South Korea's World Cup squad selected for the roster, along with Hwang Hee-chan, Lee Seung-woo and goalkeeper Jo Hyeon-woo.

Only one of them — Hwang — started against Malaysia.

Safawi Rasid gave the Malaysians the lead with a fifth-minute strike and added his second with a shot that deflected in off the far post in first-half stoppage time.

The stadium was about one-third full and the chants soon went up for Son to be put into action. Screams from the big South Korean cheering section signaled his arrival.

Son had some good touches but, after South Korea scored in the 88th, he missed a long-range free kick that could have been an equalizer in the last minute of regulation.

The 25-team tournament is not officially recognized by FIFA, but Tottenham allowed the 26-year-old Son to leave England after the 2-1 win at Newcastle.

Son missed the 2014 Asian Games because he was not released by former club Bayer Leverkusen.

South Korea will round out the group stage against Kyrgyzstan on Monday and will need a big win to restore confidence ahead of the knockout stage.