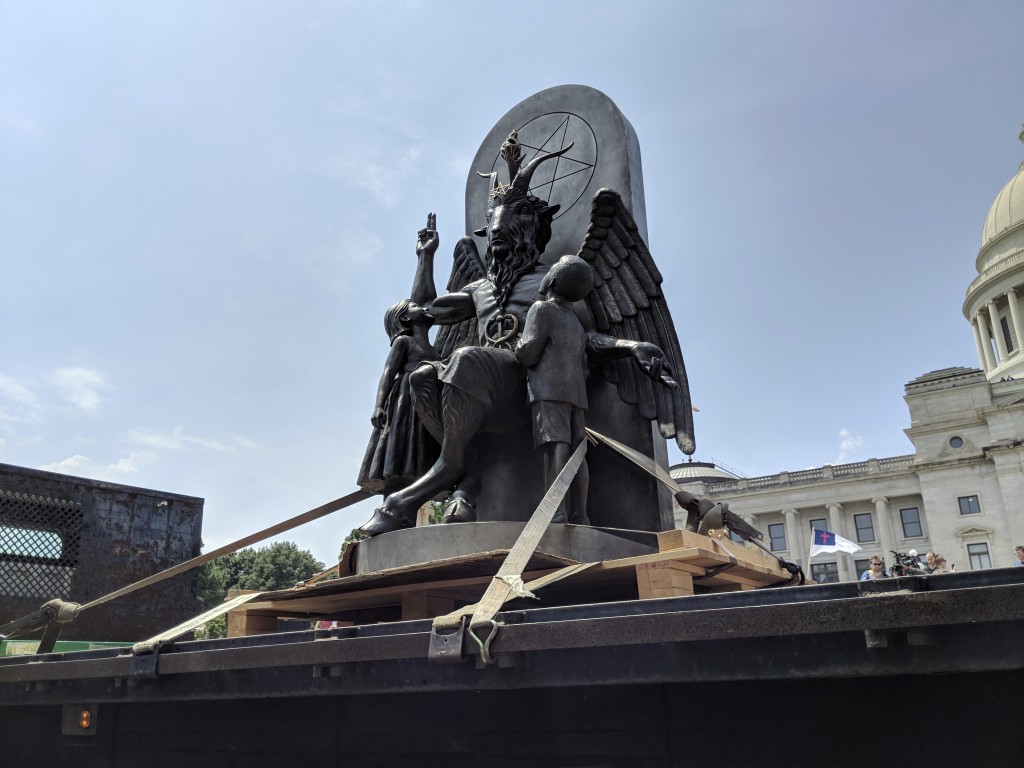 LITTLE ROCK, Ark. (AP) — The Satanic Temple brought its statue of a goat-headed, winged creature named Baphomet to the Arkansas Capitol during a rally to protest a Ten Commandments monument already on Capitol grounds.

The rally Thursday drew about 150 people. Several speakers called for the removal of the Ten Commandments monument or for officials to install Baphomet as well. But the statue of Baphomet, who is seated and accompanied by two smiling children, can't be installed under a 2017 state law that requires legislative sponsorship for consideration of any monument.

The Ten Commandments monument was installed quietly in 2017. Less than 24 hours after its installation, a man drove his car into the monument, smashing it to pieces. A replacement monument, fortified with concrete barriers, was put in place earlier this year.