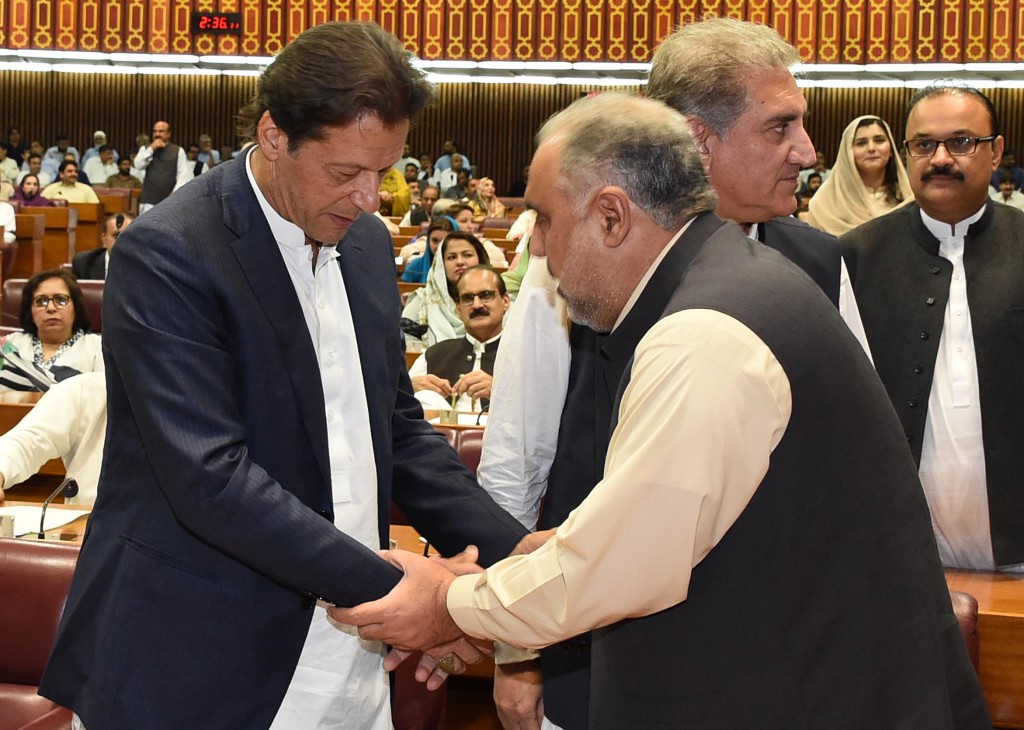 ISLAMABAD (AP) — Pakistani lawmakers are gathering in the National Assembly, or lower house of the parliament to elect the former cricket star and longtime politician Imran Khan as the country's prime minister.

The vote in parliament is due on Friday afternoon. Khan is assured to win, following his party's victory in last month's general elections.

The populist Tehrik-e-Insaf party got most seats in the July 25 vote but fell short of a majority in the 342-seat house. It has since acquired backing of a total of 180 lawmakers. He needs 172 votes to be appointed to the post.

Khan's only challenger could be Shahbaz Sharif, but his Pakistan Muslim League party won only 92 seats in last month's elections.