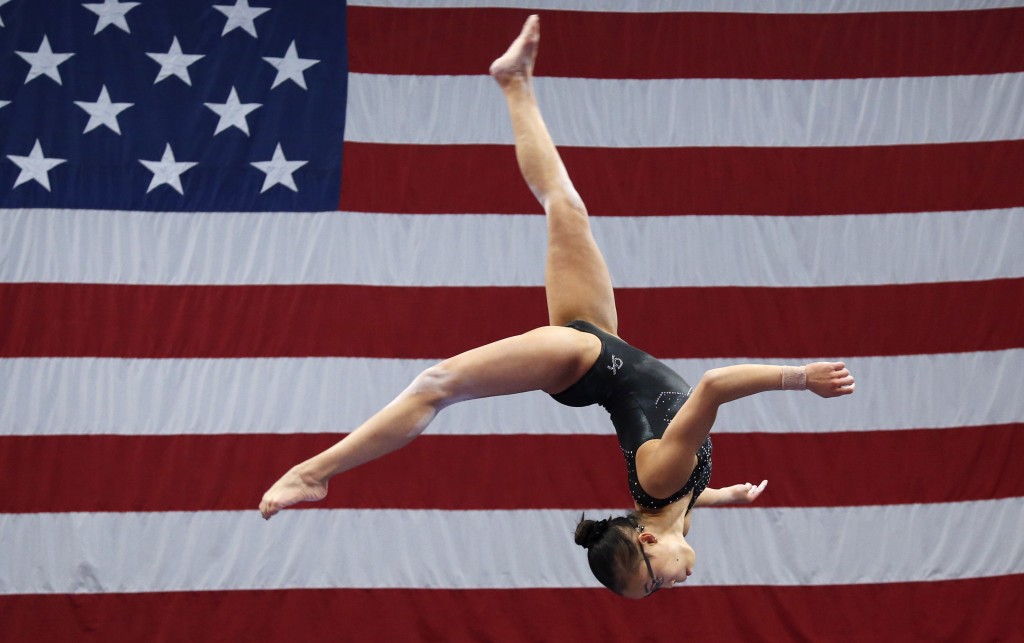 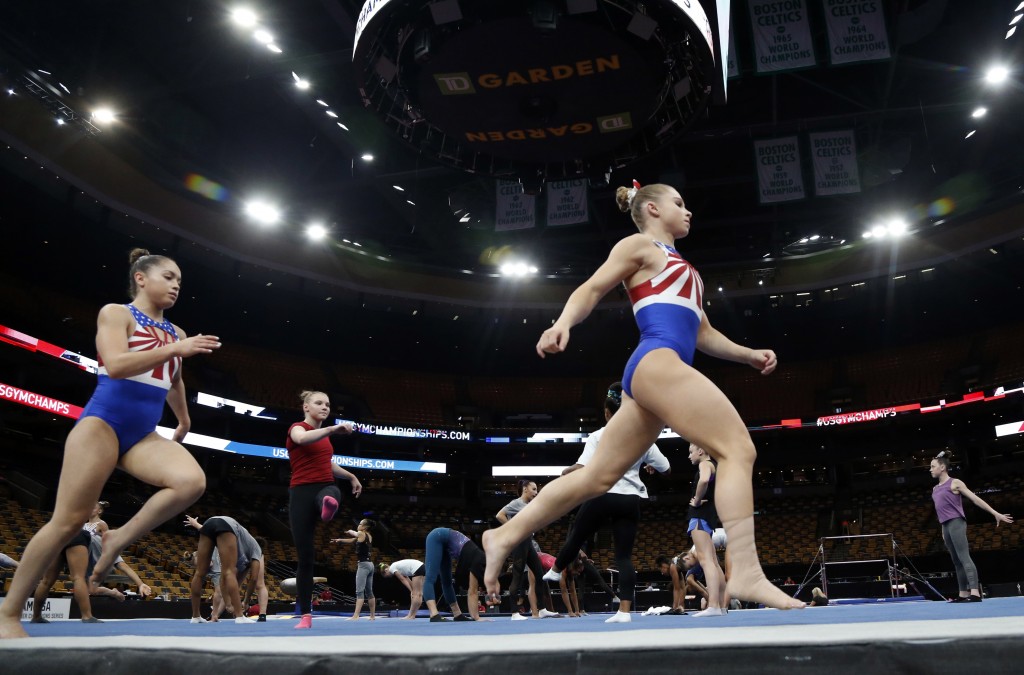 BOSTON (AP) — The pep talk was short and to the point, a reminder to reigning world gymnastics champion Morgan Hurd that all was not lost.

The 17-year-old had just fallen on beam at the U.S. Classic last month, ending any serious chance she had at making a serious run at Simone Biles in the Olympic champion's return to competition after a two-year break. In the moment, Hurd was frustrated.

And then Tom Forster came over. The newly appointed high-performance team coordinator for the embattled USA Gymnastics women's elite program pulled Hurd aside and put things in perspective.

"He was like, 'It's OK because now is not your peak time anyways,'" Hurd said. "That was the exact mindset I had."

It was a small moment, one of many Forster shared with various competitors as he walked the floor during the first significant meet of his tenure. He plans to do the same when the U.S. championships start on Friday night. He insists he's not grandstanding or putting on a show or trying to prove some sort of point about a new era of transparency in the wake of the Larry Nassar scandal.

The way Forster figures it, he's just doing what he's always done. His title has changed. The way he acts around athletes — many of whom he's known for years while working with the USA Gymnastics developmental program — will not.

Still, that doesn't make the image of the person who will play an integral role in figuring out which gymnasts will compete internationally jarring. Forster's hands-on approach is in stark contrast to longtime national team coordinator Martha Karolyi's aloofness. Karolyi would spend meets not on the floor but watching from a table, lips often pursed and her face betraying little. It was the same during national team camps, with Karolyi often talking to the personal coaches of the athletes rather than the athletes themselves.

"I never envisioned being in this role so I never really thought about sitting at that big table and just watching," he said.

Maybe, but it's a departure, one Hurd called "kind of strange" but welcome.

"He's walking around practices and interacting with absolutely everyone," she said. "I think it's pretty cool."

And in a way symbolic, even if that's not exactly what Forster is going for.

USA Gymnastics' response to the scandal involving disgraced former national team doctor Larry Nassar — who abused hundreds of women, including several Olympians, under the guise of medical treatment — has included a massive overhaul of the leadership and legislative changes designed to make the organization more accountable from the top down. It has also been peppered almost non-stop with buzzwords like "culture change" and "empowerment."

A true shift will take years. Forster understands that. Still, he's taken steps during his first two months on the job designed to create a more open, welcoming environment.

For Margzetta Frazier, the proof came in June when her phone buzzed with a number she didn't recognize. The 18-year-old decided in late spring she was retiring from elite gymnastics and would instead focus on her college career at UCLA. At least, that was the plan until she slid her thumb to the right and answered.

"Tom was like, 'Hey, I know you retired but can you come back? We need you,'" Frazier said. "I had no idea he even had my number."

For the first time in a while, Frazier says she "felt respected" by USA Gymnastics. That wasn't the case this spring, when she took the unusual step of texting USA Gymnastics president Kerry Perry to express her disappointment in the organization's decision to fire senior vice president Rhonda Faehn in the middle of a national team camp. Frazier briefly posted her text to Perry on Instagram.

"I was taught to speak my mind respectfully," Frazier said. "It was so unprofessional to have one of our top coordinators fired. I was mentally distressed. I had to say something."

So she did. And then she retired. And then Forster called. And she couldn't say no. So she didn't say no. Instead, she developed a training plan with Chris Waller and 2011 world champion Jordyn Wieber and will be in Boston this weekend hoping to do enough over the next two months to earn a spot on the world championship team.

All because Forster called her out of the blue. Now Frazier views her second chance as an opportunity to help the athletes steer the culture in a more positive direction. It's quite literally the "empowerment" that Perry talks about in action.

While Frazier understands Nassar victims — a list that includes Wieber and UCLA teammates Kyla Ross and Madison Kocian — are clamoring for change, Frazier believes the athletes still competing at the elite level can be an integral part of the process.

"We can help change things from the inside out," Frazier said. "We are hand in hand with the survivors, 100 percent. We want to be the people on the inside helping."

Forster knows part of his role as one of the most visible people in the sport is to facilitate the change within the elite program. When he took over in June, he talked about the need to create an environment where the athletes felt they had more of a say in how things are done. He went to the gymnasts and asked them what they would like to see change at selection camps. They told him they wanted open scoring like they receive during a typical meet. So he obliged.

"They have to be able to voice whatever their concern is without fear of any retaliation or that it would impact them not making a team," Forster said.

It's one small facet of an overhaul that will be fought on many fronts over many years. There is no pat on the back or motivational chat or fist bump among teammates that will signal all is well. There shouldn't be. The Nassar effect will linger for decades. That's not a bad thing.

Yet Hurd, Forster and the current national team members are optimistic there is a way forward.

"I've read through all the manuals. There isn't anything in any of our manuals that demands we win medals," Forster said. "Not one. No matter what the press has said. There isn't anything that says we have to win medals. We have to put the best team out on the floor. That's our job, and we're going to do it in the very best, positive way we can so that athletes have a great experience doing it. That's the hope. Well, it isn't hope. It's mandatory I do it."