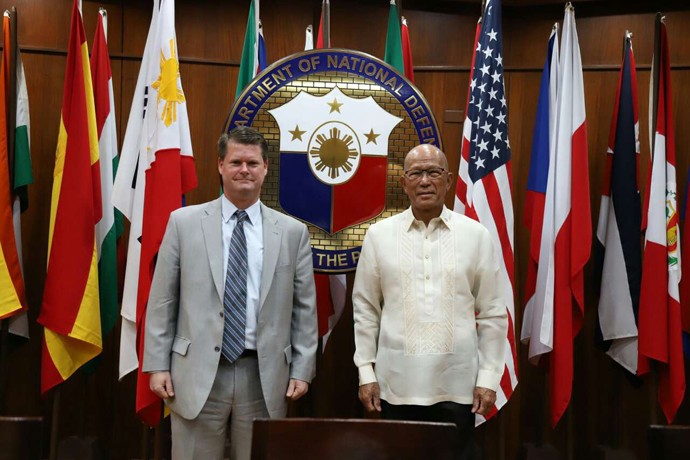 TAIPEI (Taiwan News) -- Speaking at the American Embassy in Manila on Aug. 17, Randall Schriver, the Assistant Secretary of Defense for Asian and Pacific Security Affairs, said that in the event of Chinese aggression or seizure of Philippine territory that the United States would provide assistance to the Philippines to help the country respond accordingly.

Schriver emphasized that the United States remains an ally to the Philippines and that it would support the Philippines in its territorial disputes if necessary. “We’ll be a good ally, and we’ll help the Philippines respond accordingly,” said Schriver.

The message was relayed after a member of the media asked Schriver if the Philippines could rely on the U.S. for support in the event of China attempting to seize Thitu Island, the second largest island of Spratly Island chain, and the largest administered by the Philippines.

Schriver responded that he could not respond directly to a hypothetical, but insisted that “there should be no misunderstanding or lack of clarity on the spirit and the nature of our commitment,” as reported by the Manila Bulletin.

Speaking on heightened tension this week after a Philippine Air Force jet was threatened by the Chinese military operating in Philippine territory, Schriver said that "we'll not allow them to rewrite the rules of the road or change international law."

While speaking at the embassy in Manila, the Assistant Secretary of Defense also expressed concern by the United States’ government of the news that the Philippines was considering making a deal with Russia to secure their navy’s first submarine.

Schriver claimed that such a deal would have political as well as tactical ramifications.

“Finding U.S. platforms and U.S. solutions helps us continue our interoperability, helps us improve our ability to operate in all kinds of scenarios,” which might include operations to assist the Philippines in deterring China from encroaching on Philippine sovereignty.

“If they were to proceed with purchasing major Russian equipment, I don’t think that it’s a helpful thing to the alliance, and ultimately, I think we can be a better partner than the Russians can be to the Philippines," Schriver was quoted as saying by World Bulletin.