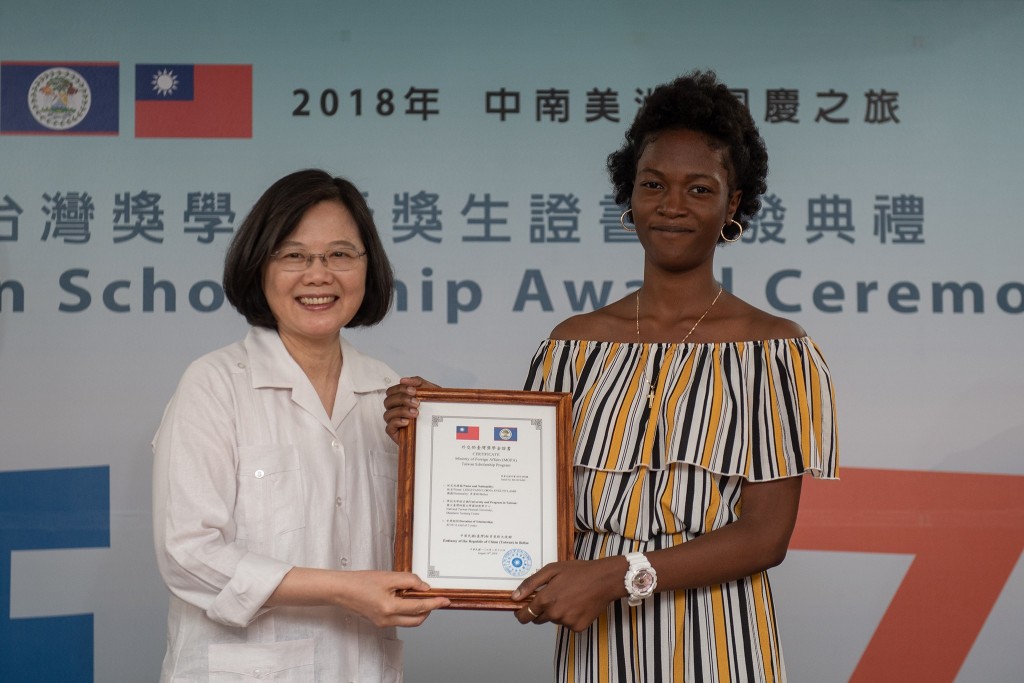 TAIPEI (Taiwan News) — President Tsai Ing-wen (蔡英文) met with Belizean students who have been awarded with the Taiwan scholarship, saying that their success in school and later in life would be a mark of success for the bilateral relations between Taiwan and Belize.

Twenty-nine students from Belize will study in Taiwan this year thanks to the scholarship provided by the Taiwanese government. The number of the scholarship grantees in 2018 is the highest to date.

At the scholarship award ceremony held in Belize on August 16 (all times local), President Tsai said Taiwan has so far provided hundreds of scholarships to talented students from Belize. “Our experience tells us that talent is the foundation of economic development for a country. Education is one of the worthiest causes in which a government should invest.”

President Tsai mentioned that there are already more than 200 Belizean students who have graduated from Taiwan’s universities and returned home to make contributions with what they acquired in Taiwan. “Their success is evidence of the successful relationship between Taiwan and Belize. It also encouraged us to do more.”

Reflecting upon her past experience, the president said although studying abroad can be a challenge, the hard work will eventually pay off.