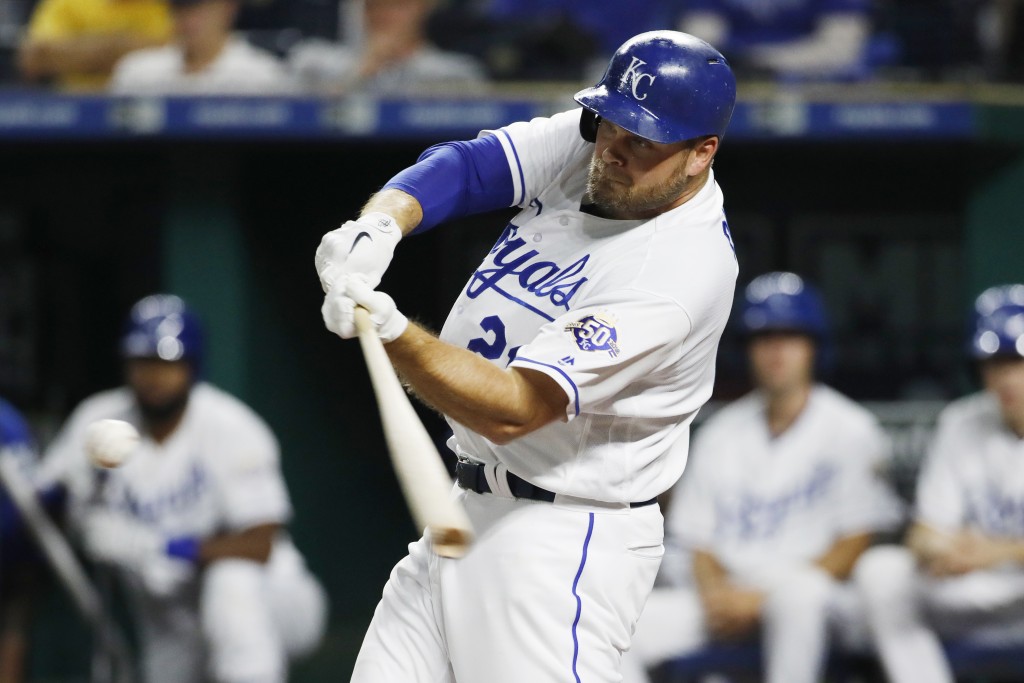 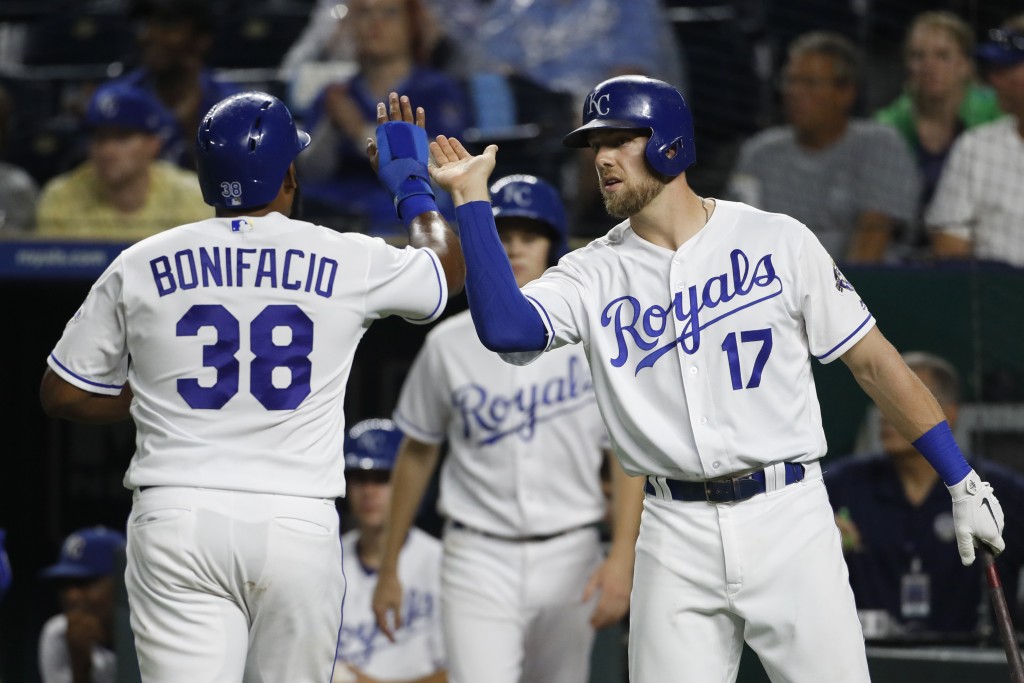 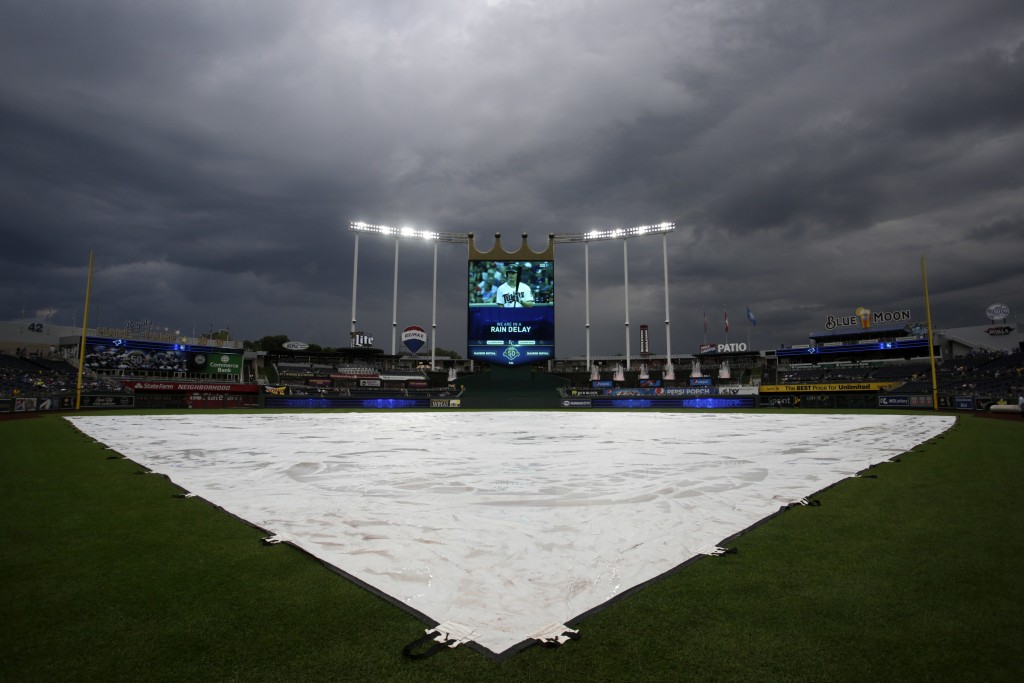 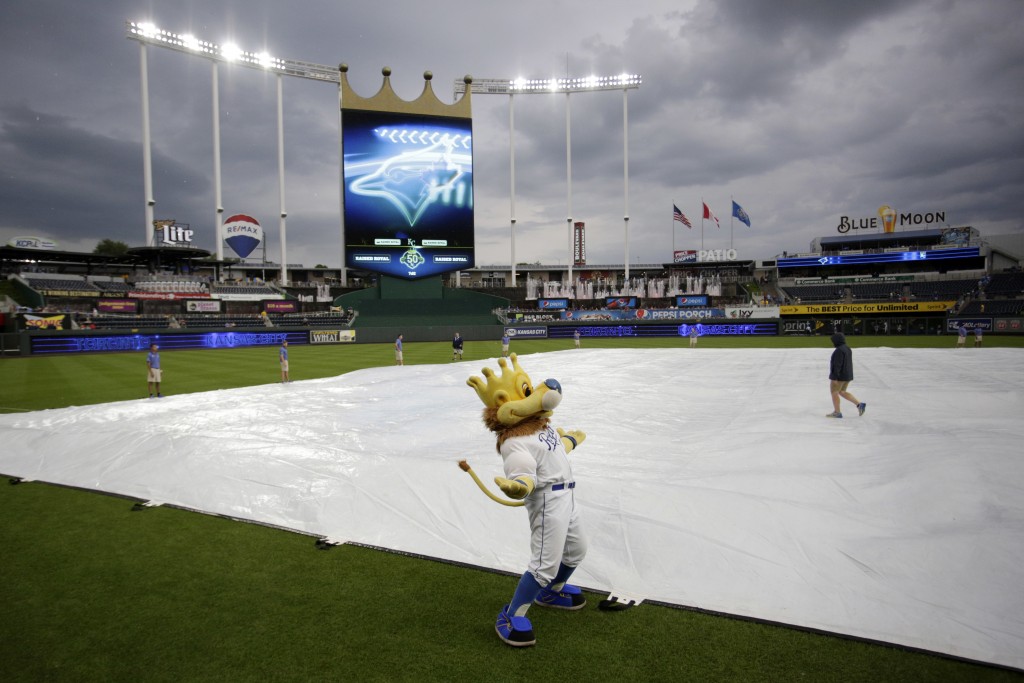 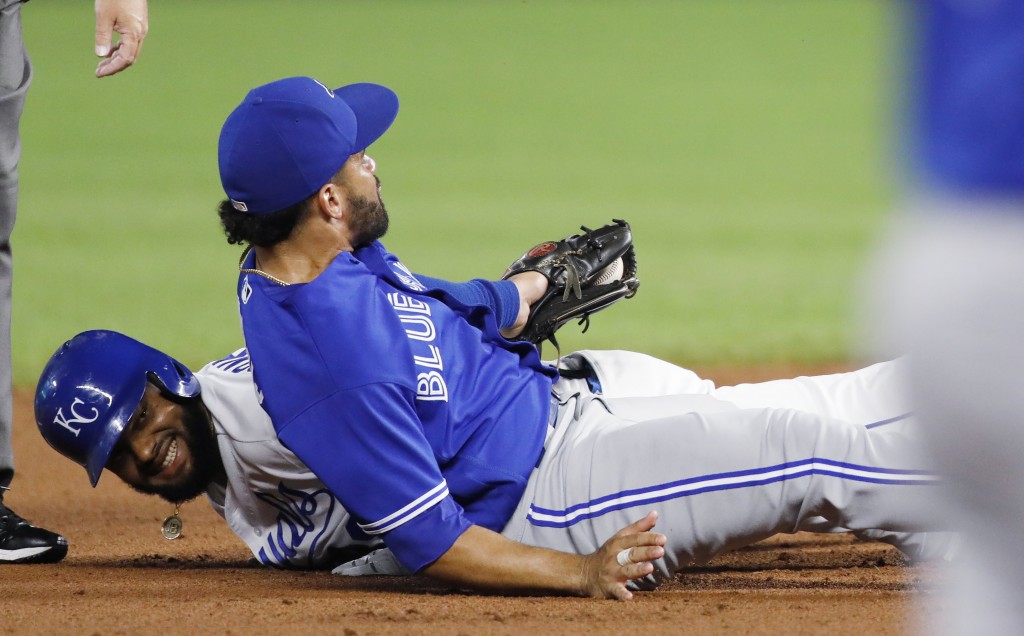 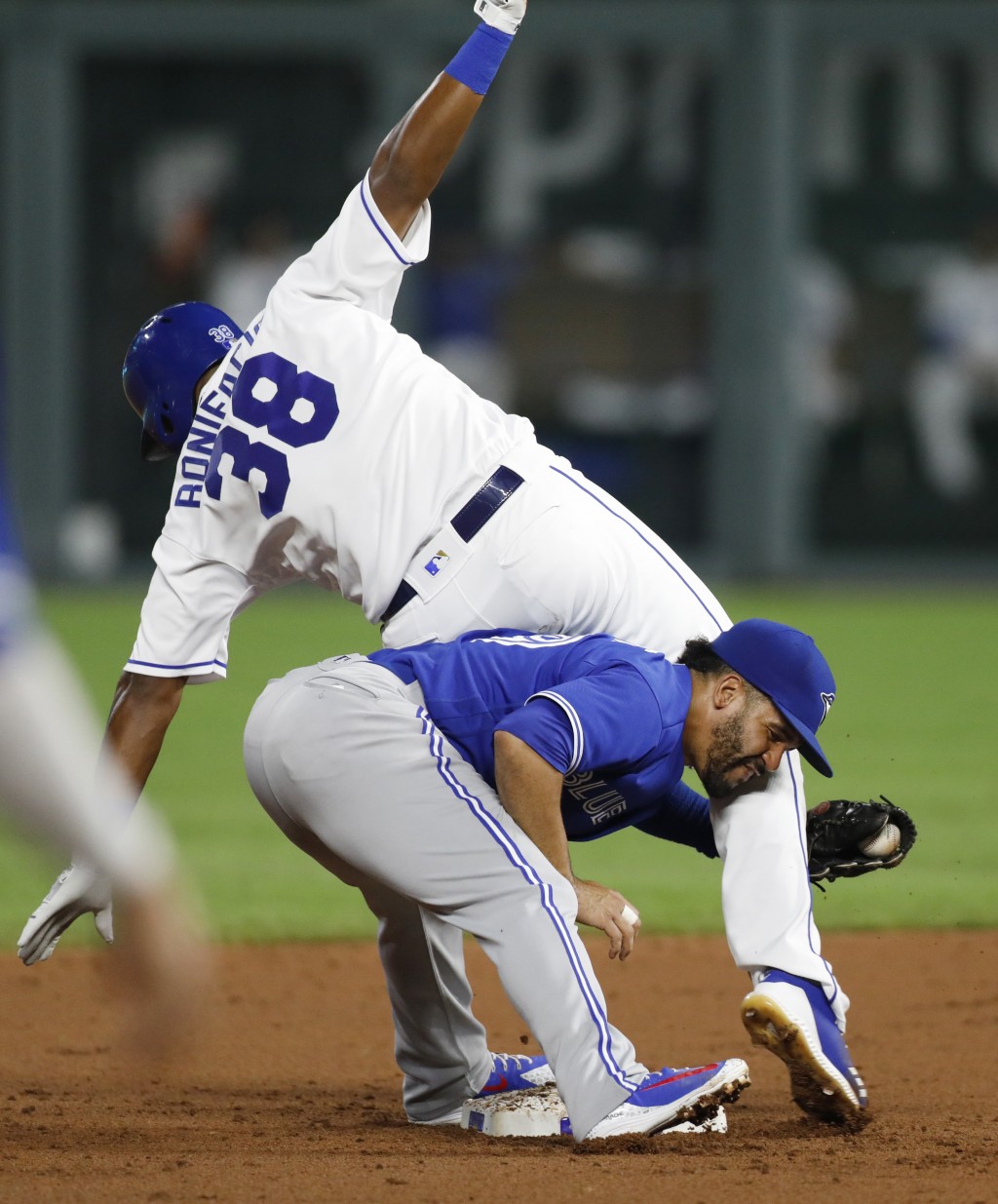 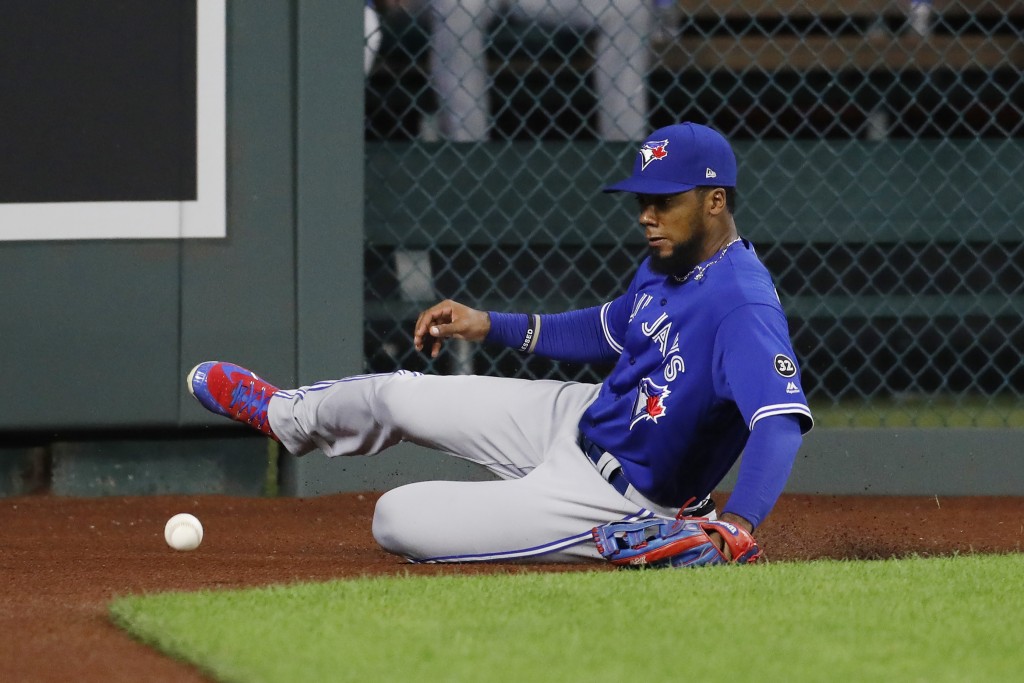 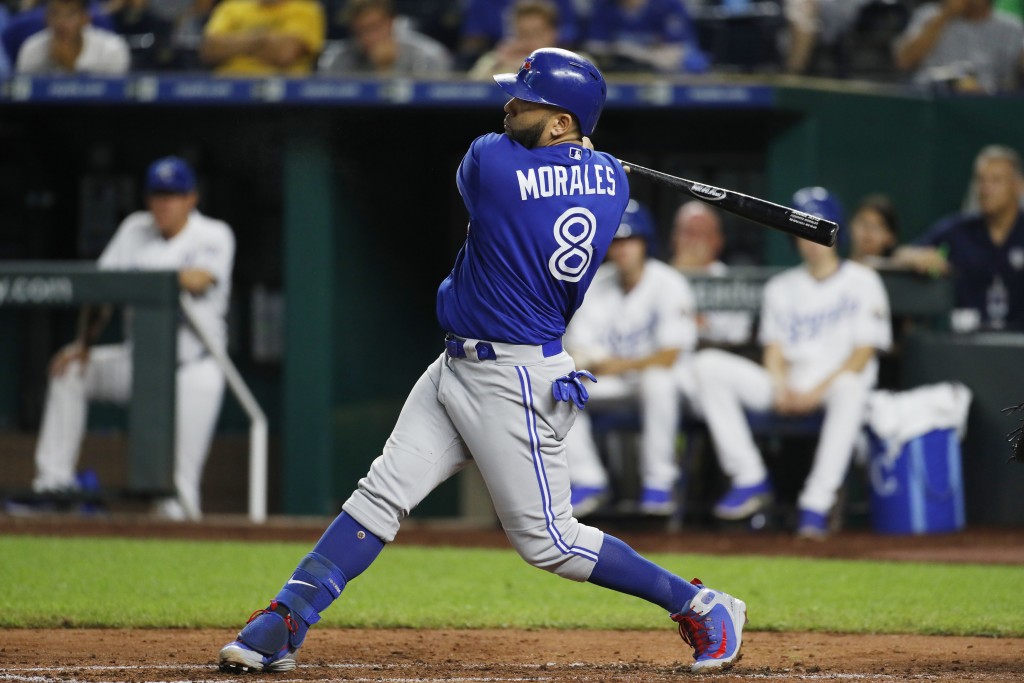 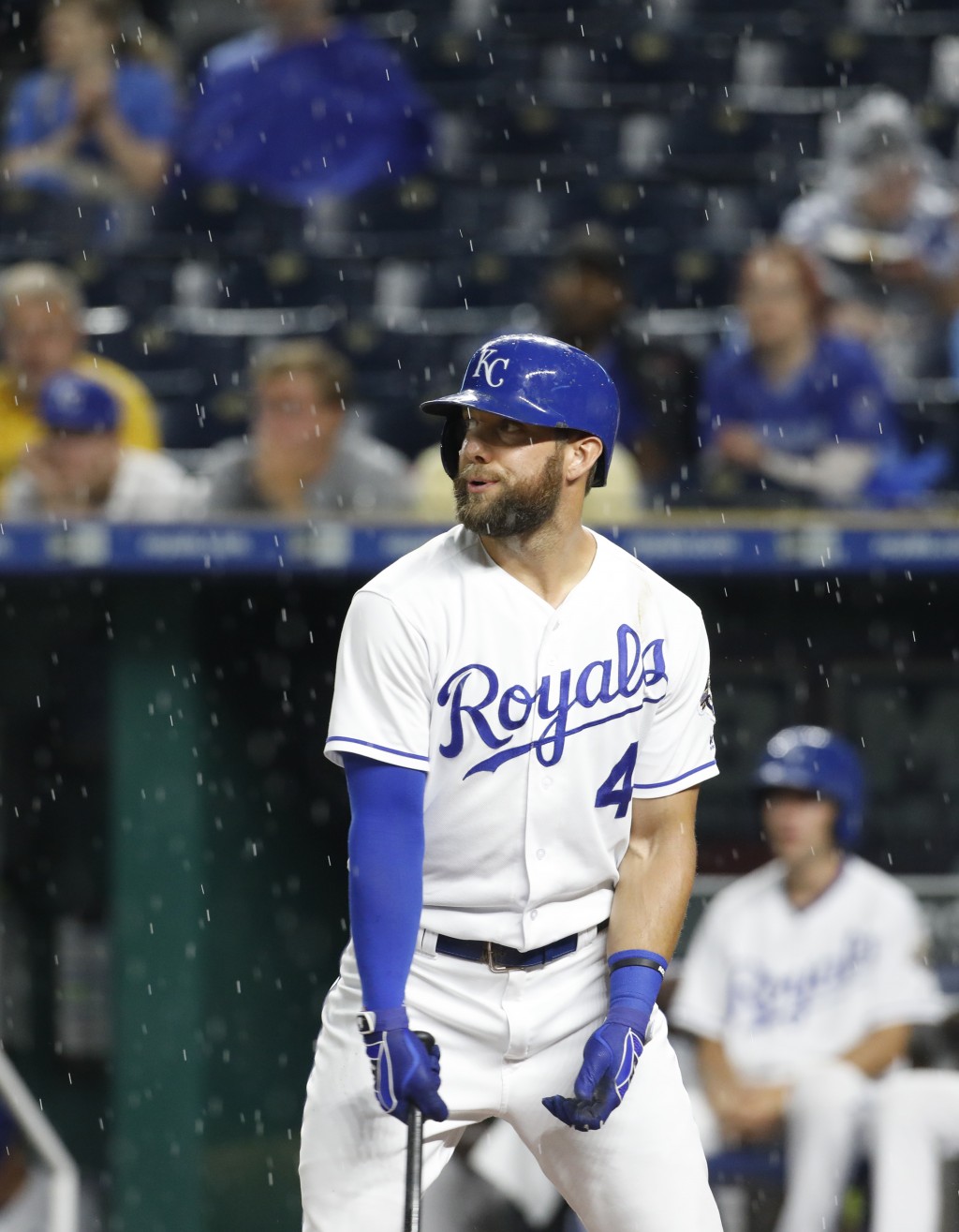 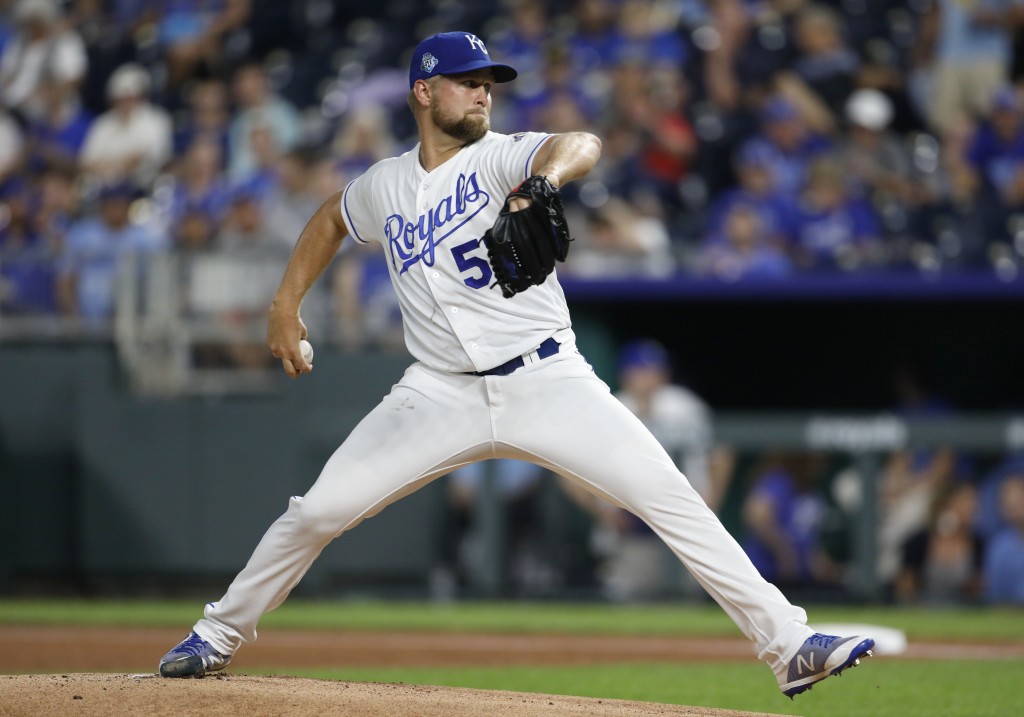 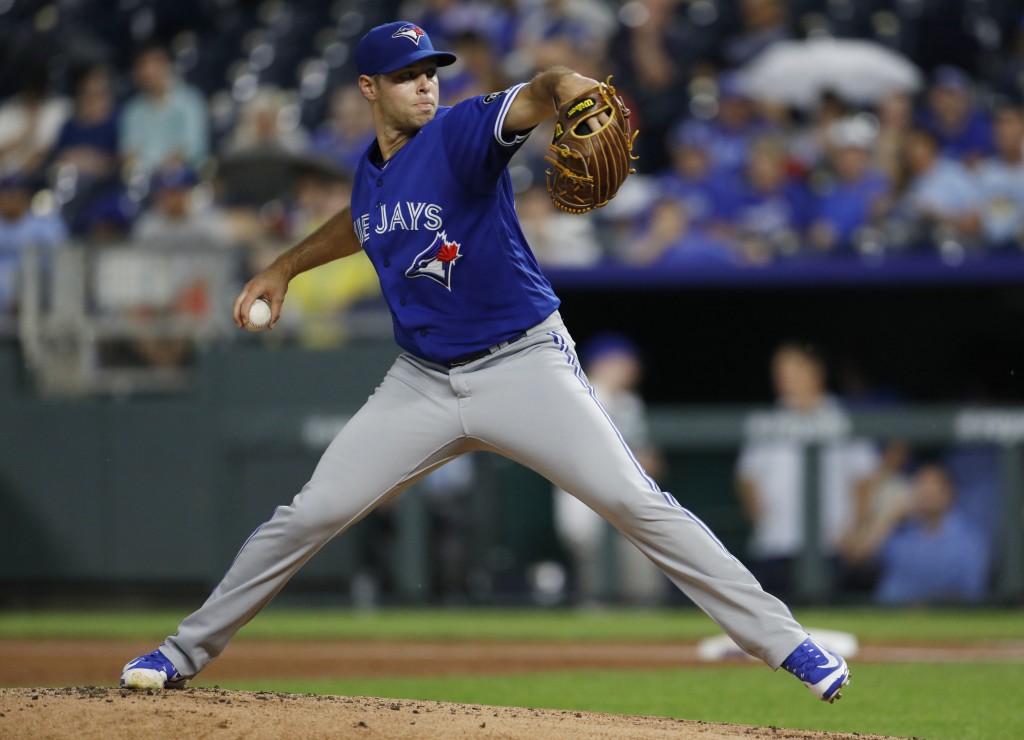 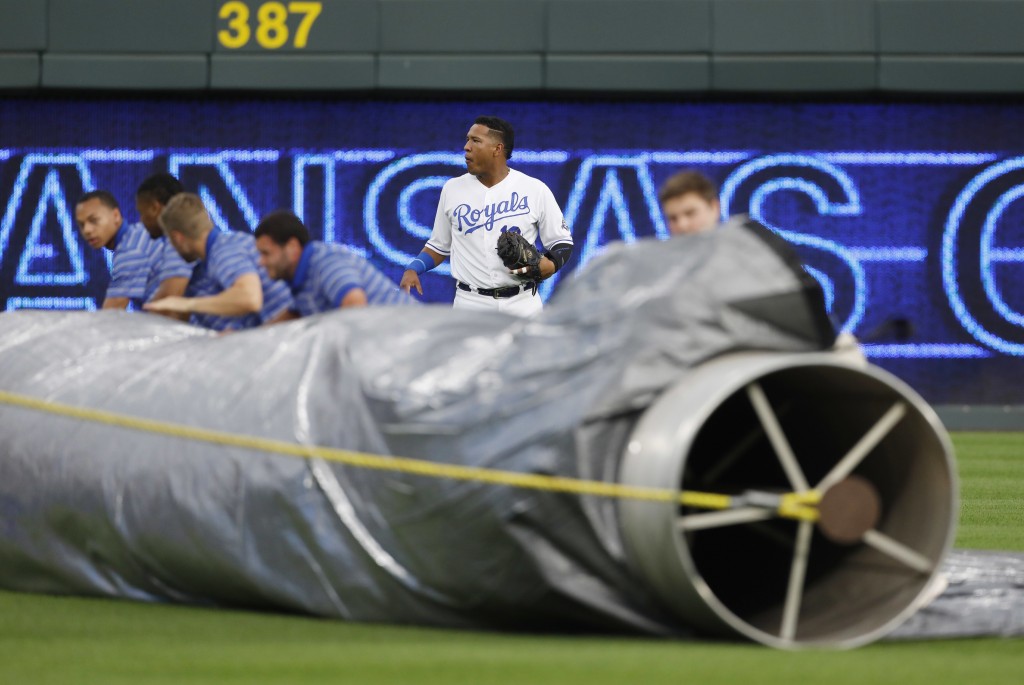 Royals relievers Brian Flynn, Kevin McCarthy, Brandon Maurer and Wily Peralta shut down the Blue Jays on three hits over the final five innings. Flynn (3-3) picked up the win with a scoreless inning.

Toronto starter Sam Gaviglio (2-6) failed to make it through five innings for the eighth time in his past 13 starts. He allowed five runs and eight hits in 4 1/3 innings.

Gaviglio came unraveled after a balk call and a delay of more than five minutes in the fourth. He attempted a pickoff throw, but the ball slipped out of his hand.

After the umpires huddled, Herrera was awarded second base. There was also a replay review to confirm the balk, which took 4 minutes, 1 second.

Glenn Sparkman, who was making his first big league start, was removed after four innings and 75 pitches. He gave up two runs and four hits.

Rain delayed the start for 2 hours, 14 minutes — the third straight day that bad weather held up the first pitch.

OF Seuly Matias, who leads the minor leagues with 31 homers for Class A Burlington, went on the disabled list with a cut thumb. "It was an accident with the bus baggage door, just a freak accident, putting his bag in the bus on the way to Hagerstown," Royals director of operations Alec Zumwalt said. "He sliced his thumb. It's to the point where we're just going to stop him for the season and get him ready for the instructional league. He's not a guy we're going to rush back, and make sure he's at 100 percent." Matias went 2 for 3 with a home run in the All-Star Futures Game last month in Washington.

Royals 3B Hunter Dozier is 4 for 46 (.087) with runners in scoring position. He has come to bat with 65 men in scoring position and has six RBIs with only one extra-base hit. "It's not really conducive to scoring runs, but that's not going to stop me from playing him and letting him work through that," manager Ned Yost said.

The Royals sent minor league LHP Kelvin Gonzalez to the Texas Rangers for a $250,000 international bonus allocation. Gonzalez, 20, was 0-2 with a 4.19 ERA and one save with short-season Class A Burlington in the Kansas City organization.

Royals: RHP Ian Kennedy (strained left oblique) threw a 25-pitch simulated game. He is scheduled to throw a two-inning simulated game Monday at the Royals' complex in Surprise, Arizona. ... LHP Danny Duffy (shoulder impingement) will begin throwing off a flat surface Friday for the first time since going on the disabled list Sunday. . OF Brian Goodwin (left groin strain) went 0 for 3 with two walks in his first rehab game with Triple-A Omaha.

Royals: RHP Jakob Junis (6-11, 4.82) is scheduled to pitch Friday against the White Sox in Chicago to open a seven-game trip.