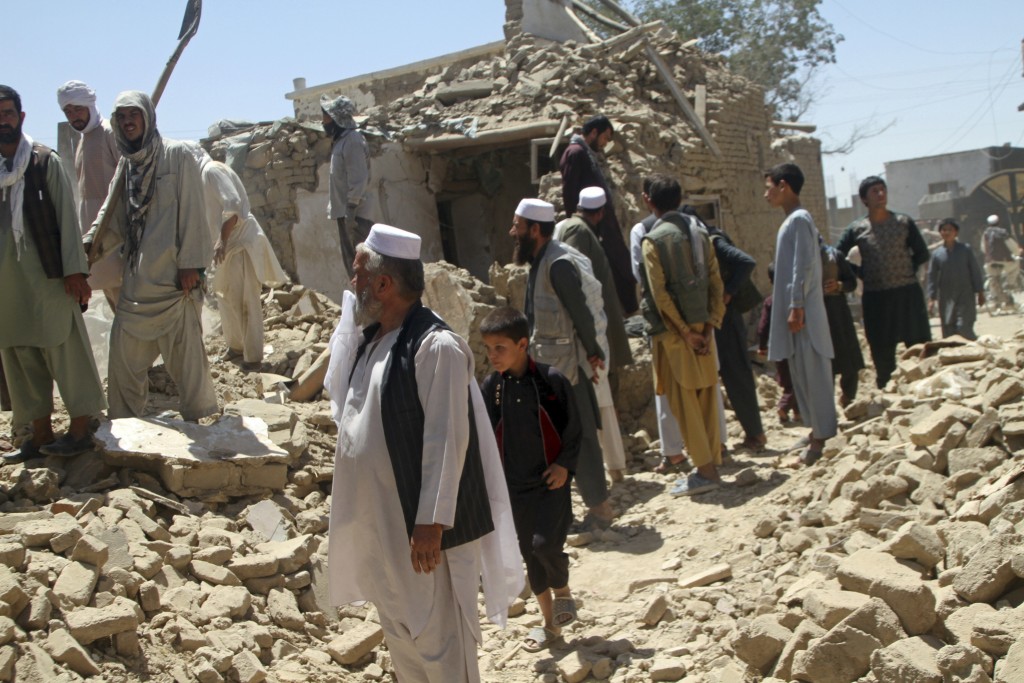 KABUL, Afghanistan (AP) — The Afghan president is visiting the embattled southeastern city of Ghazni, a week after the Taliban in a surprise attack managed to infiltrate deep into the key provincial capital and capture several areas.

The insurgents hung on in Ghazni for nearly five days before U.S.-backed Afghan forces flushed them out.

President Ashraf Ghani arrived in the city by helicopter on Friday and is holding meetings with security officials and elders.

The five-day battles with the Taliban in Ghazni, the capital of Ghazni province, killed at least 100 members of Afghan security forces and 35 civilians before calm was restored on Tuesday.

The Taliban still hold sway in much of the province.