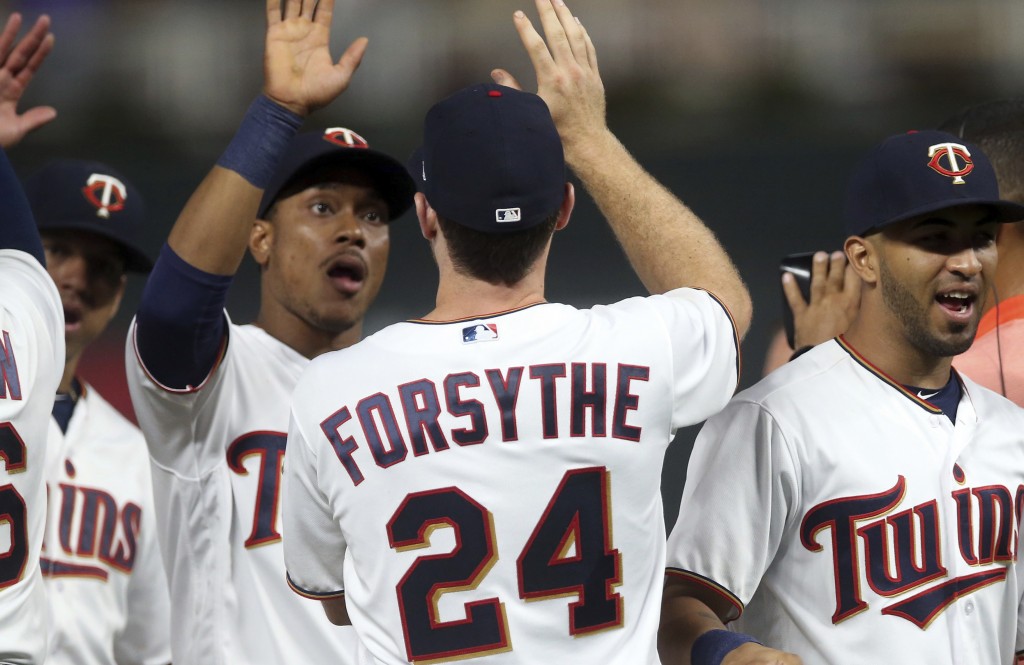 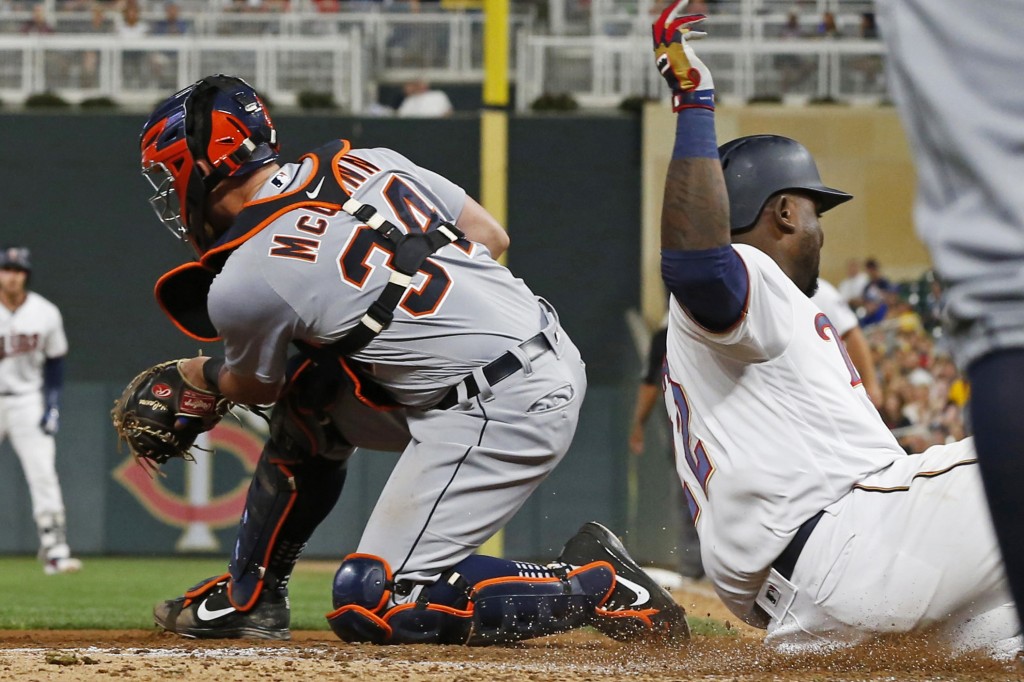 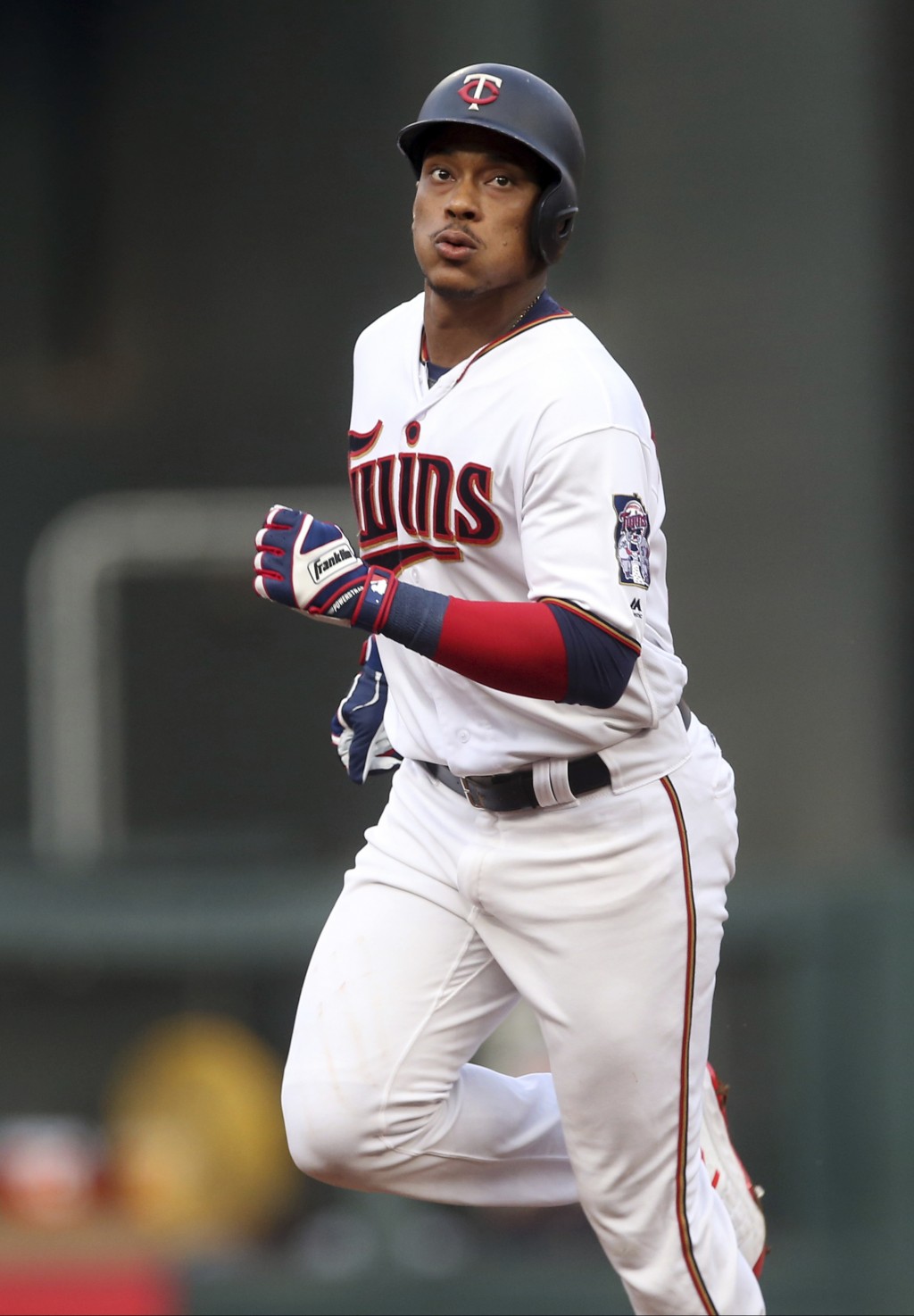 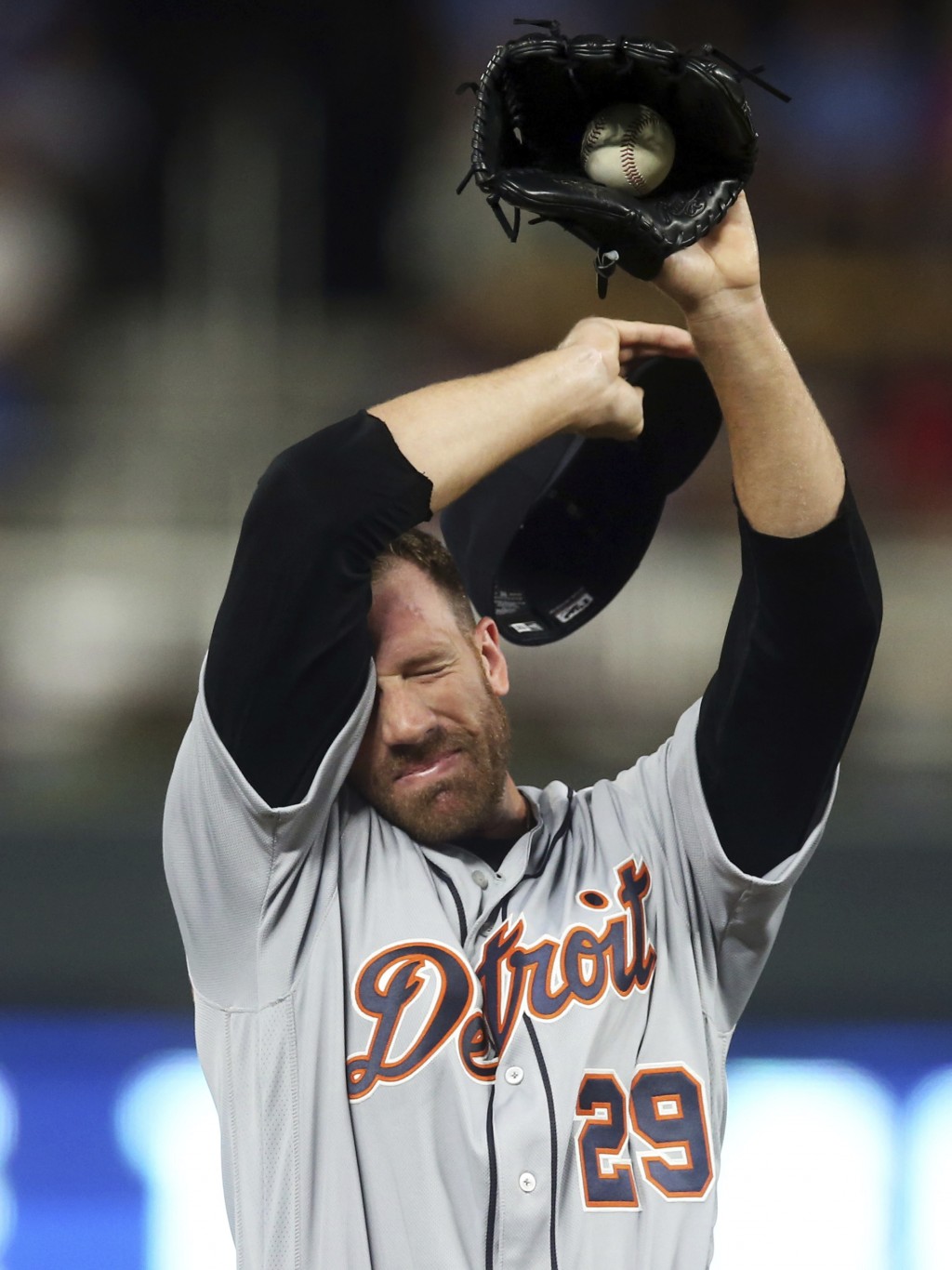 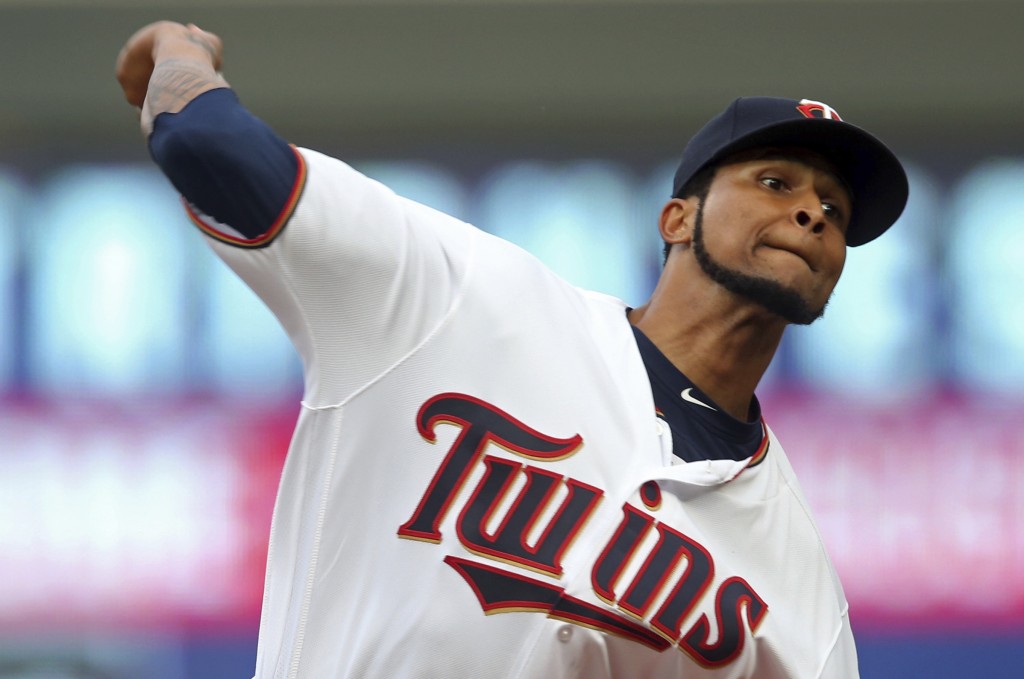 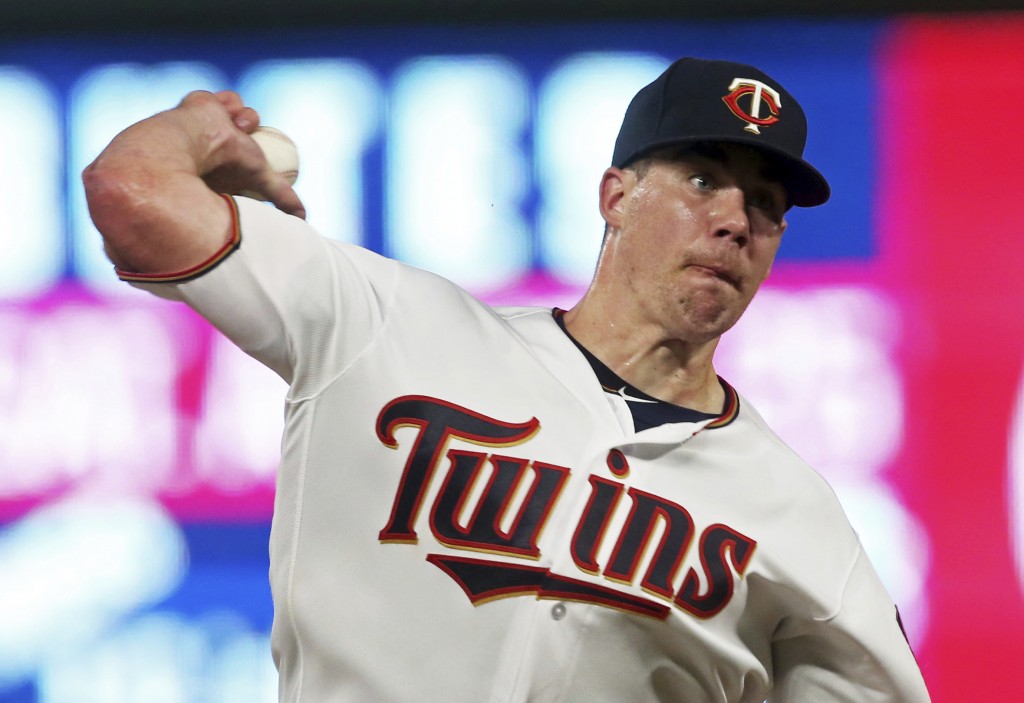 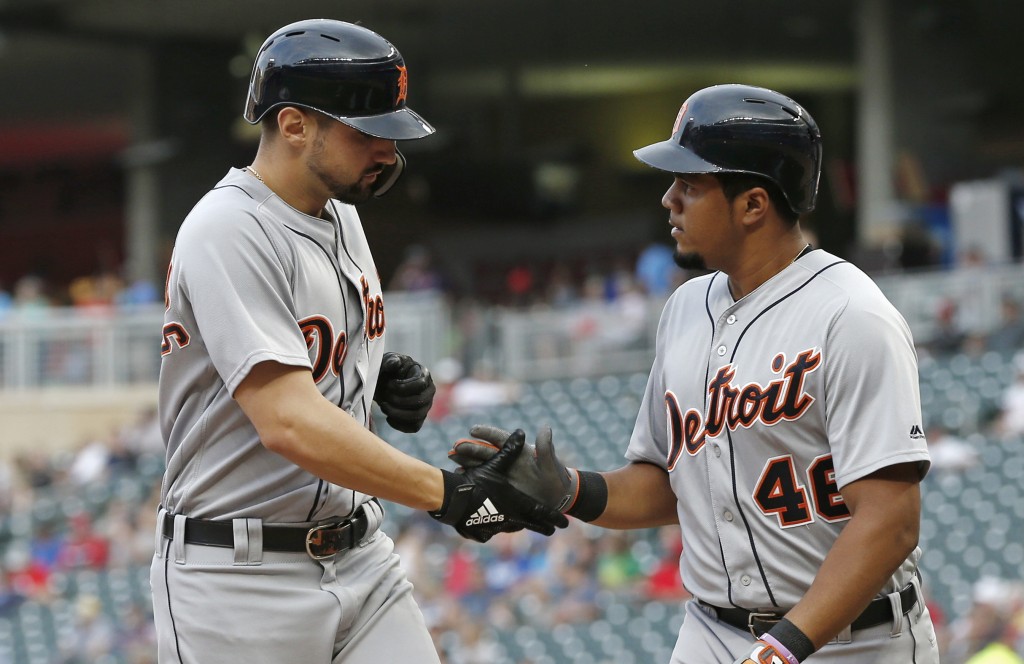 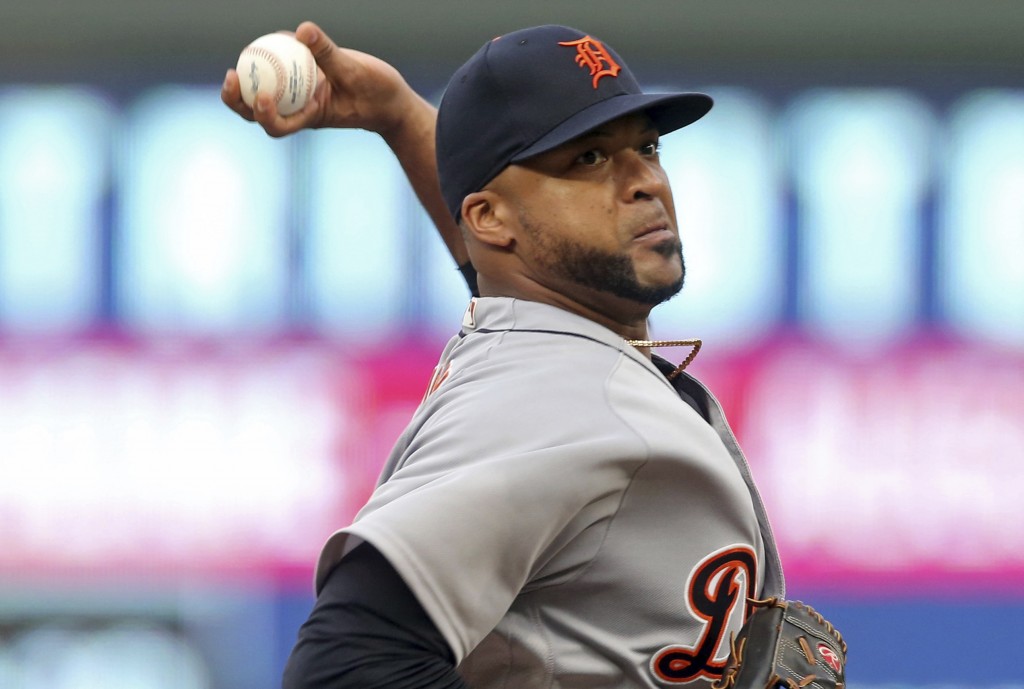 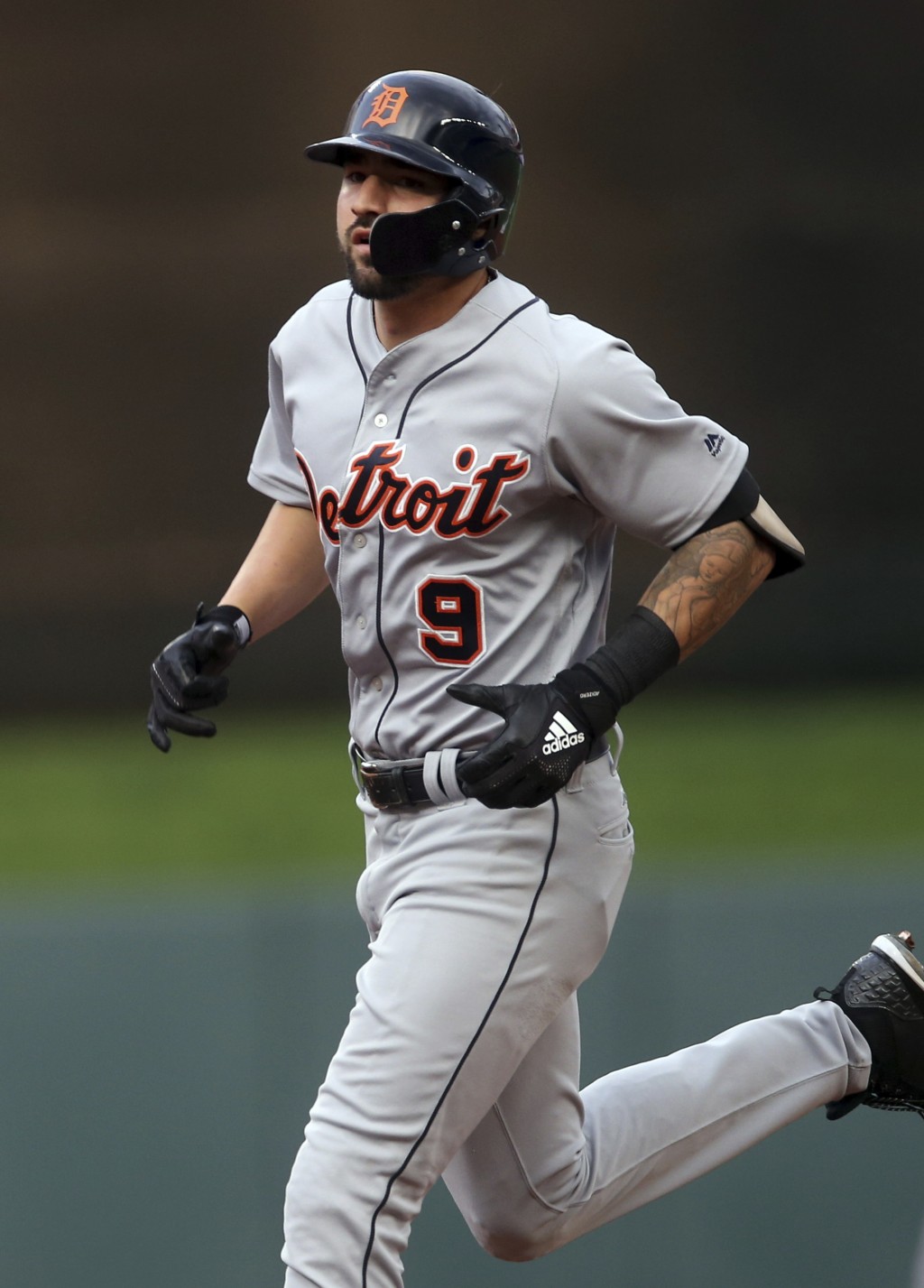 The teams combined for seven homers, with Polanco's three-run shot accounting for one of three by the Twins. Miguel Sano and Ehire Adrianza also went deep for Minnesota, which broke the game open with a seven-run sixth inning.

Forsythe raised his batting average to .449 (22 for 49) since joining the Twins in a trade that sent Brian Dozier to the Dodgers.

Twins starter Ervin Santana wasn't particularly sharp, either, in his fifth start after missing most of the year rehabbing a finger injury. Santana was pulled in the fifth after loading the bases with nobody out. He gave up seven runs and seven hits.

Mikie Mahtook and James McCann hit consecutive homers off Santana in the fourth to trim Minnesota's lead to 8-5. It was the first time all season the Tigers connected for back-to-back shots.

Polanco's first-inning homer put the Twins up 3-2 after Nicholas Castellanos' two-run homer in the top of the inning gave Detroit an early lead.

The Tigers threatened in the fifth and Trevor May walked in a pair of runs in relief of Santana to make it an 8-7 game.

One day after Marlins right-hander Jose Urena hit streaking Braves rookie Ronald Acuna with his first pitch of the game, the play was a common topic in MLB clubhouses. Urena was handed a six-game suspension.

Tigers manager Ron Gardenhire offered his opinion on the subject when asked about it before Thursday's series opener in Minnesota.

Said Gardenhire: "I would be mad enough if I were the manager, I might start him tomorrow and lead him off just so they can smoke him and knock him out just because he did something so stupid, throw at a kid like that just because he's hit home runs."

Tigers: SS Jose Iglesias was out of the lineup and will miss "a couple days," according to Gardenhire. Iglesias injured his right thumb during Tuesday's game against the White Sox.

Twins: LHP Adalberto Mejia underwent a series of tests on his left wrist at the Mayo Clinic in Rochester and was diagnosed with nerve irritation. The team said there is no timetable for Mejia to begin rehabbing. He was injured Aug. 7 against Cleveland.

Tigers: LHP Matthew Boyd (7-10, 4.20 ERA) takes the mound looking to build off his last start, a six-inning, two-hit effort against the Twins five days ago in Detroit.

Twins: RHP Kyle Gibson (6-9, 3.49) got the win against the Tigers his last time out, allowing just one run over seven innings.