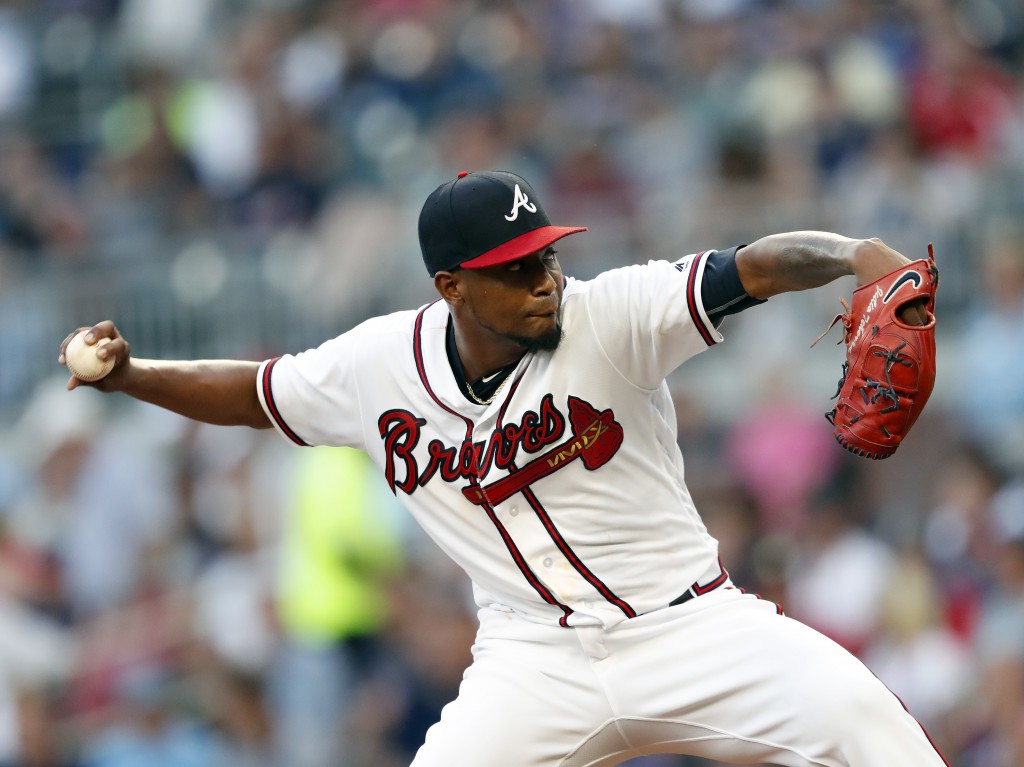 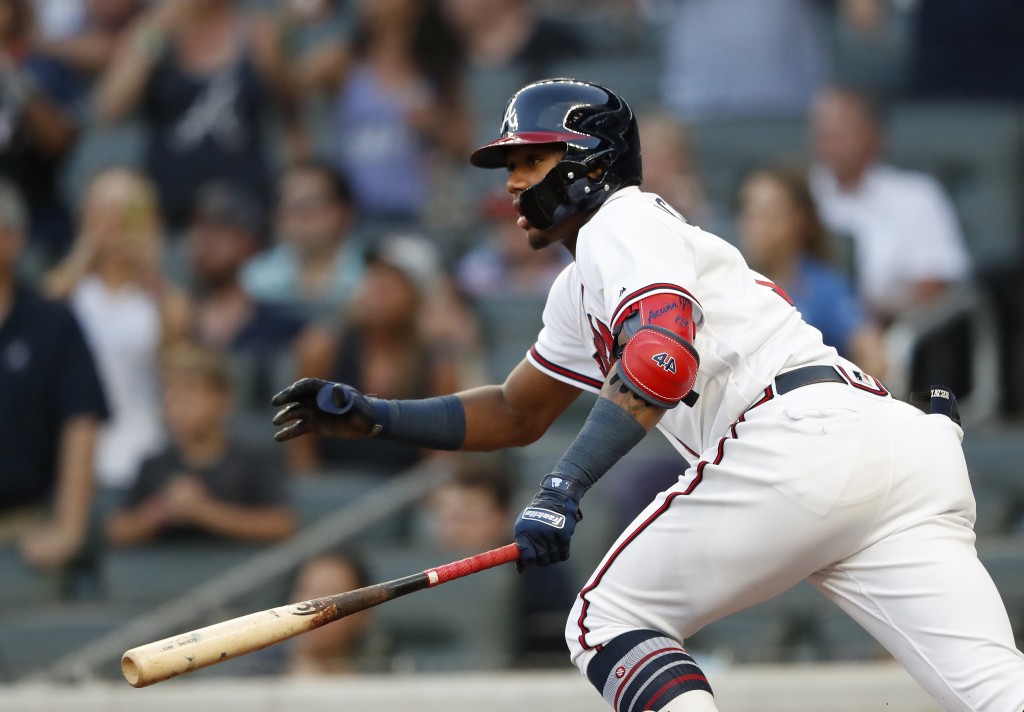 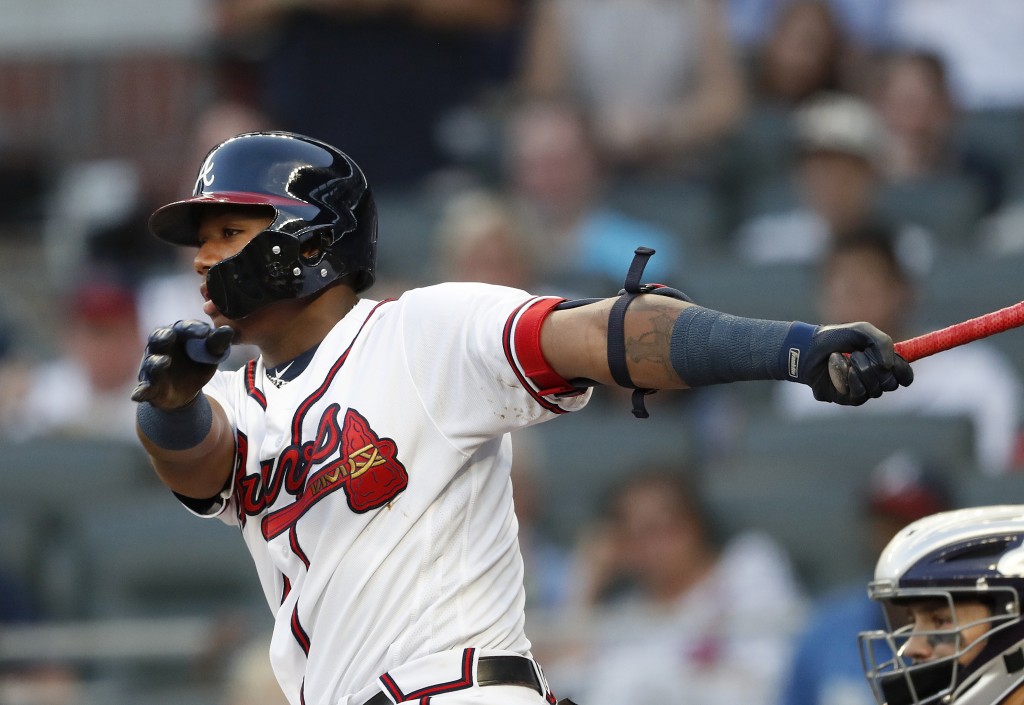 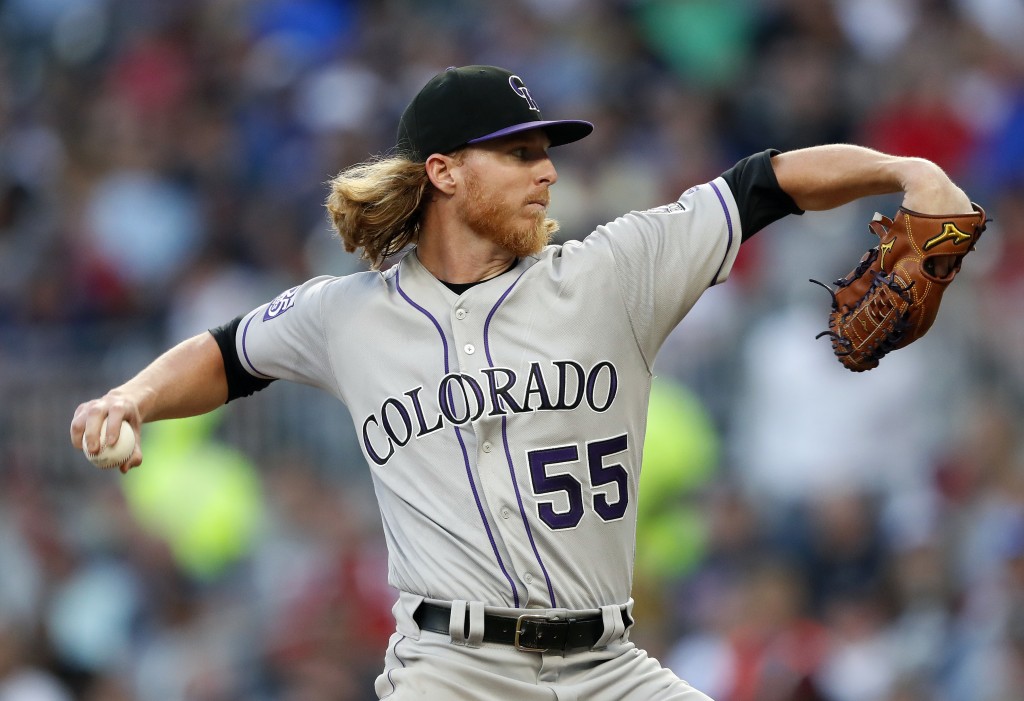 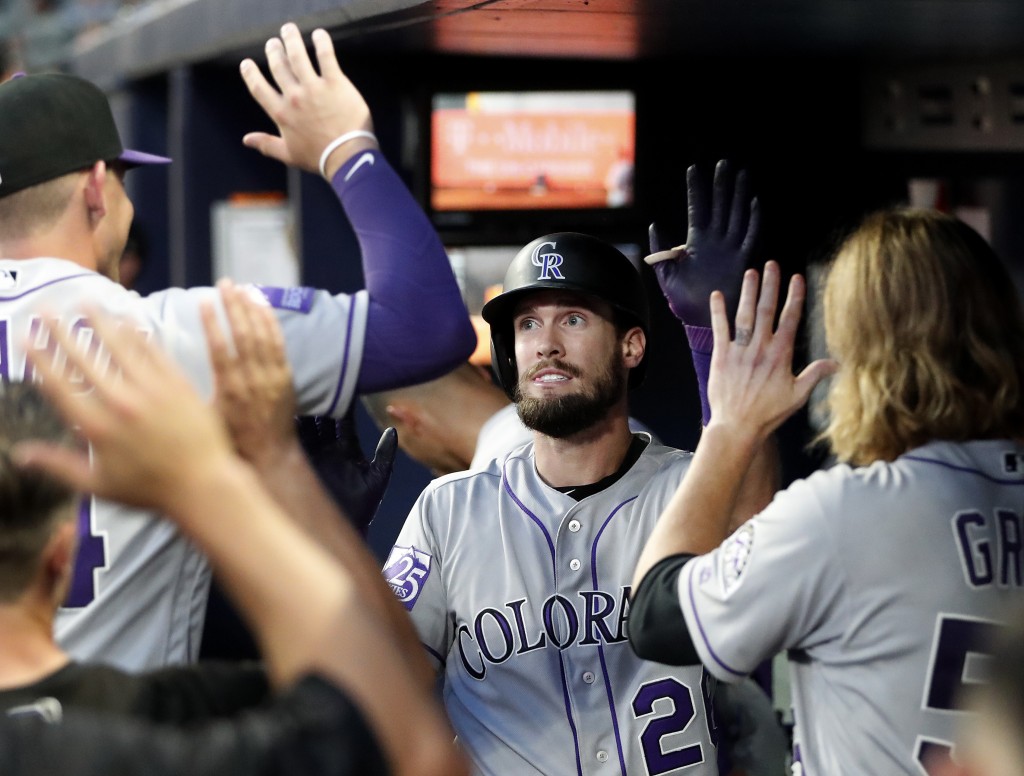 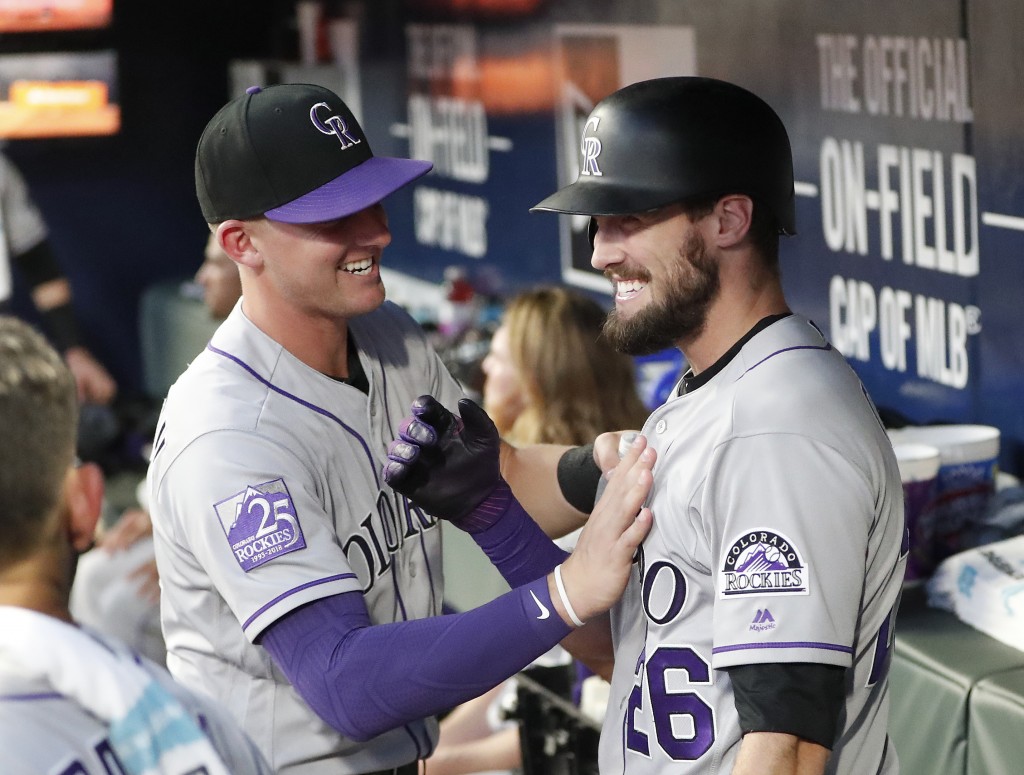 David Dahl homered in the third and capped the winning rally with a two-out, two-run single off Brad Brach. The Rockies took advantage of an error by shortstop Danby Swanson leading off the ninth to win for the fifth time in six games.

One night after being plunked in the left arm by Miami's Jose Urena, Acuna was back in the lineup looking to extend his homer streak to six games. Wearing a red protective guard, the 20-year-old slugger received a standing ovation his first time up and lined the second pitch — one more than he saw the previous game — into center field for a single, extending his hitting streak to nine games.

That was the highlight of his night. Acuna finished 1 for 4, lining out to right in the eighth in his last chance to become the first player in Braves franchise history to homer in six straight games.

The Braves squandered a strong outing by Julio Teheran, who turned in his longest start since May 30. He pitched three-hit ball over seven innings and helped his cause with a run-scoring single in the fifth, snapping a 2-2 tie.

The Braves couldn't hold the lead.

After Luke Jackson escaped trouble in the eighth, striking out Nolan Arenado with runners at second and third, Brach (1-3) came on in the ninth looking for his first save since being acquired by Atlanta in a trade-deadline deal with Baltimore.

The trouble began when Swanson bobbled Trevor Story's grounder and rushed a high throw to first that pulled Freddie Freeman off the bag. After pinch-hitter Ryan McMahon tied the game with an RBI single to right, Brach gave himself a chance to work out of the jam by fanning Chris Iannetta.

But Dahl came through with a game-winning single to left.

Seunghwan Oh (5-3) earned the win and Wade Davis worked a scoreless ninth for his 33rd save.

The Braves, who began the night with a two-game lead in the NL East, missed out on their longest winning streak in nearly two years.

Kurt Suzuki homered for Atlanta in the second , tying the game at 1. Dahl put Colorado back ahead with a solo shot deep into the right-field seats.

Suzuki was in the middle of things again in the fifth, doubling with one out. He came around to score on Swanson's two-bagger to the gap in left-center . Teheran followed with his RBI single.

Braves LHP Max Fried (blister) is set to make a rehab start for Triple-A Gwinnett on Friday. If all goes well, he could get a start for Atlanta next week.

LHP Sam Freeman (shoulder inflammation) is also rehabbing at Gwinnett and could return to the Braves bullpen shortly.

Longer term, RHPs Peter Moylan (forearm strain) and Brandon McCarthy (knee tendinitis) have been throwing on the side for the Triple-A team and are in line to make rehab appearances next week.

Braves: LH Sean Newcomb (10-5, 3.40) beat Freeland when they faced each other on April 8 in Denver. The Braves starter threw six innings in a 4-0 win over the Rockies. Overall, Newcomb has made three career starts against Colorado, going 1-0 with a 3.78 ERA in 16 2/3 innings.