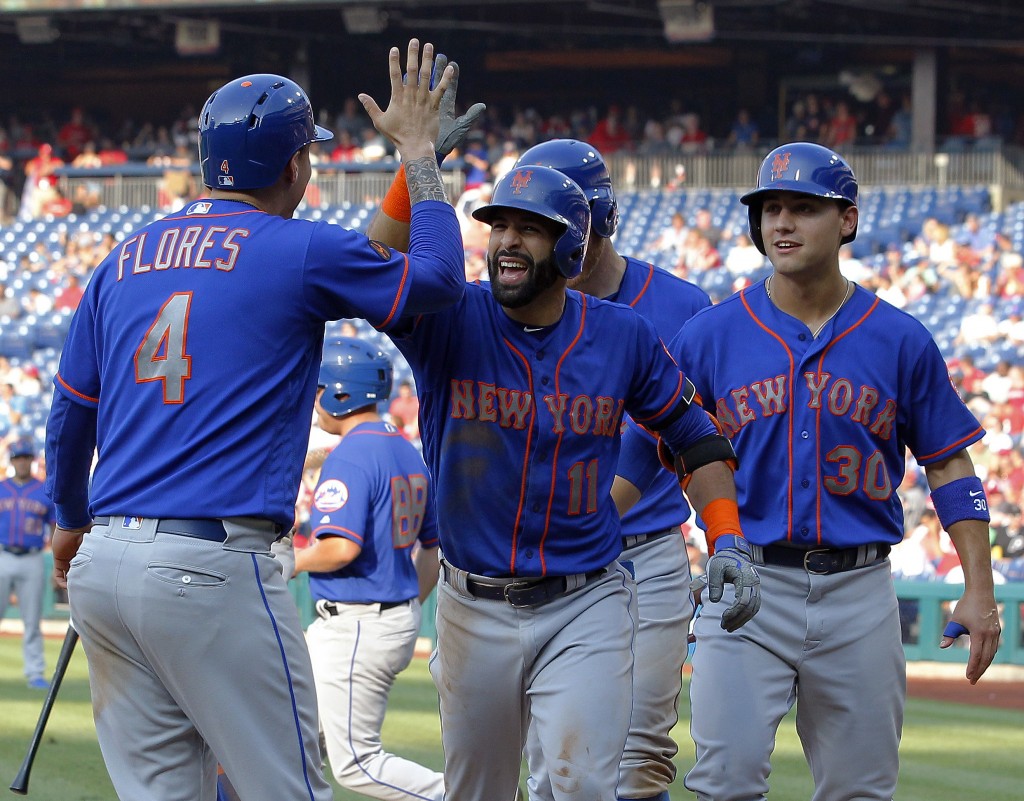 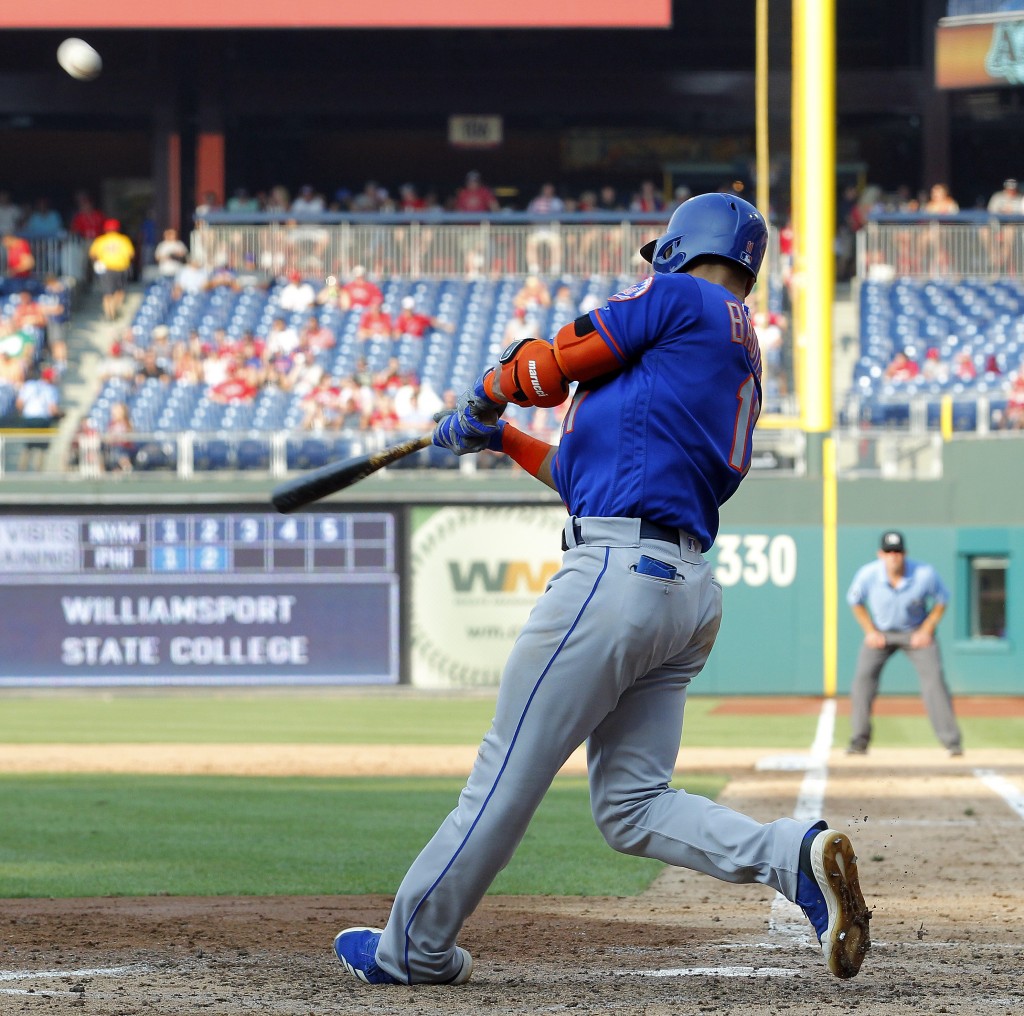 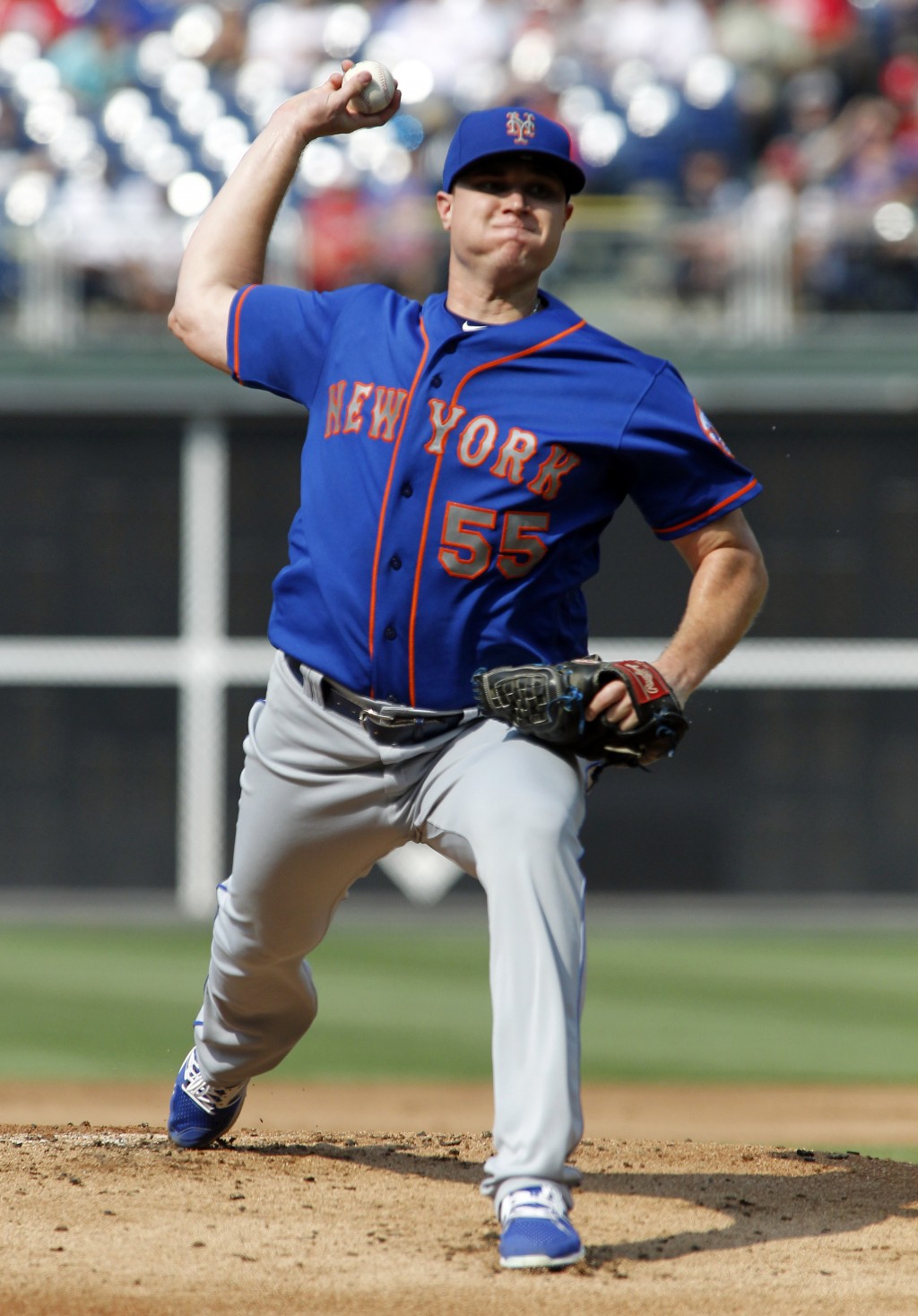 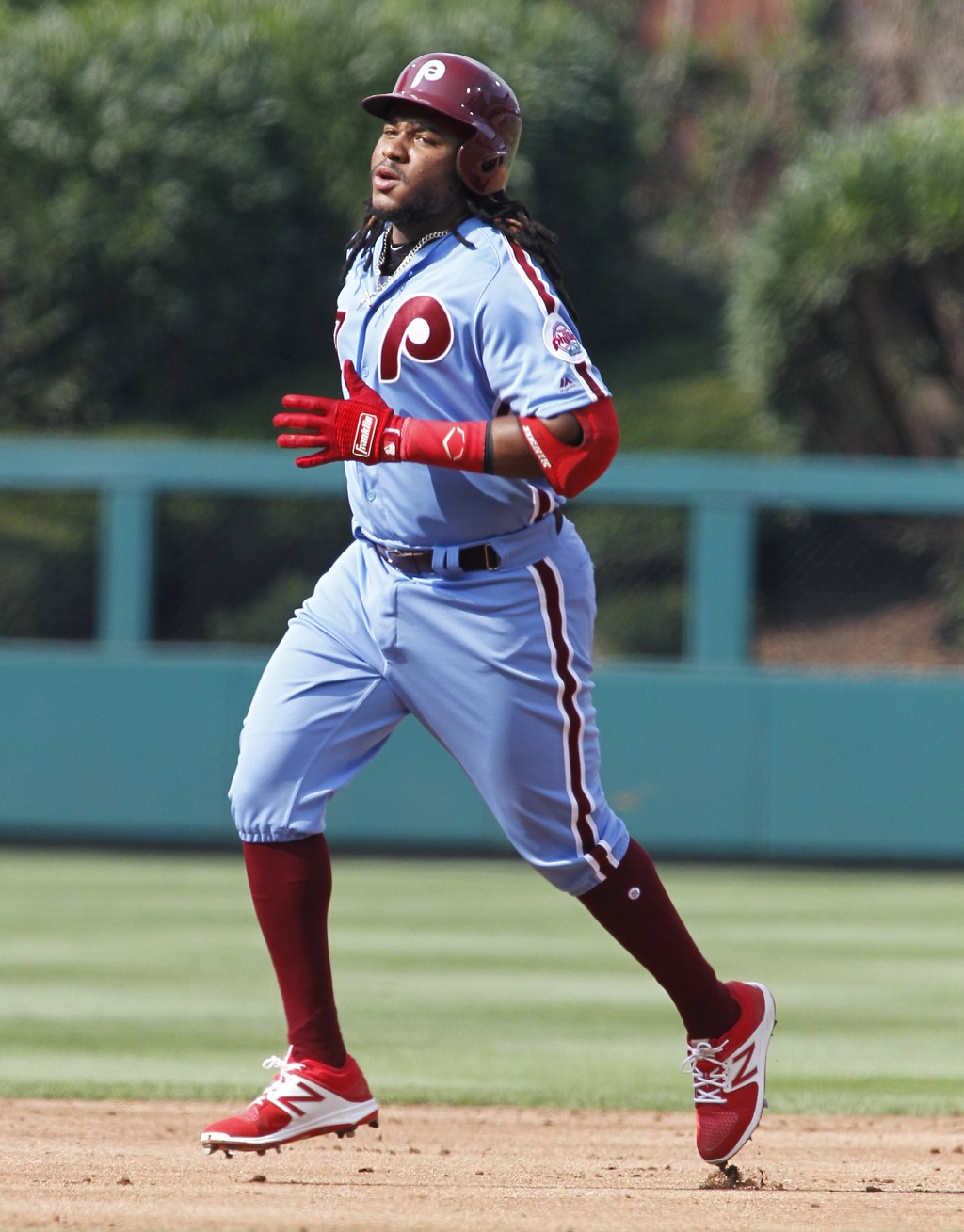 PHILADELPHIA (AP) — Jose Bautista hit a grand slam and had a career-high seven RBIs and the New York Mets set a franchise record for runs, forcing the Phillies to use two position players for the final three innings of a 24-4 victory in the first game of a doubleheader Thursday.

The Mets have scored more than 15 runs in consecutive games for the first time in franchise history. They beat Baltimore 16-5 Wednesday night.

Outfielder Roman Quinn gave up a homer to Michael Conforto on his second pitch — a 79 mph fastball. He got five outs, gave up seven runs and threw 42 pitches. Infielder Scott Kingery went the final 1 1/3 innings and allowed two runs.

Mets right fielder Brandon Nimmo left the game after injuring his left index finger hitting a grounder to third base with two outs and the bases loaded in the third inning. Nimmo fell to the ground as the ball rolled to Franco, who was late tagging third but threw to first to easily get the out. X-rays on Nimmo's finger were negative. Bautista replaced him.

After Alfaro's shot cut it to 5-4, the Mets had a 10-run fifth. Suarez balked in a run and exited after Bautista followed with an RBI single. Another run scored on Alfaro's throwing error on Oswalt's sacrifice and Rosario drove one in on a fielder's choice grounder.

Hoskins then dropped Austin Jackson's two-out fly ball for an error and another run scored. After Wilmer Flores' RBI single, Bautista connected for his 10th homer. Bautista had a chance to hit another slam when he faced Quinn in the eighth but walked on a 3-2 pitch over his head. He added an RBI double off Kingery.

Mets lefty Jerry Blevins lined an RBI single for his first career hit off Kingery in the eighth.

Bautista has 13 seasons of double-digit homers since 2005. Only Albert Pujols has more with 14.

METS: It's uncertain how much time Nimmo will miss.