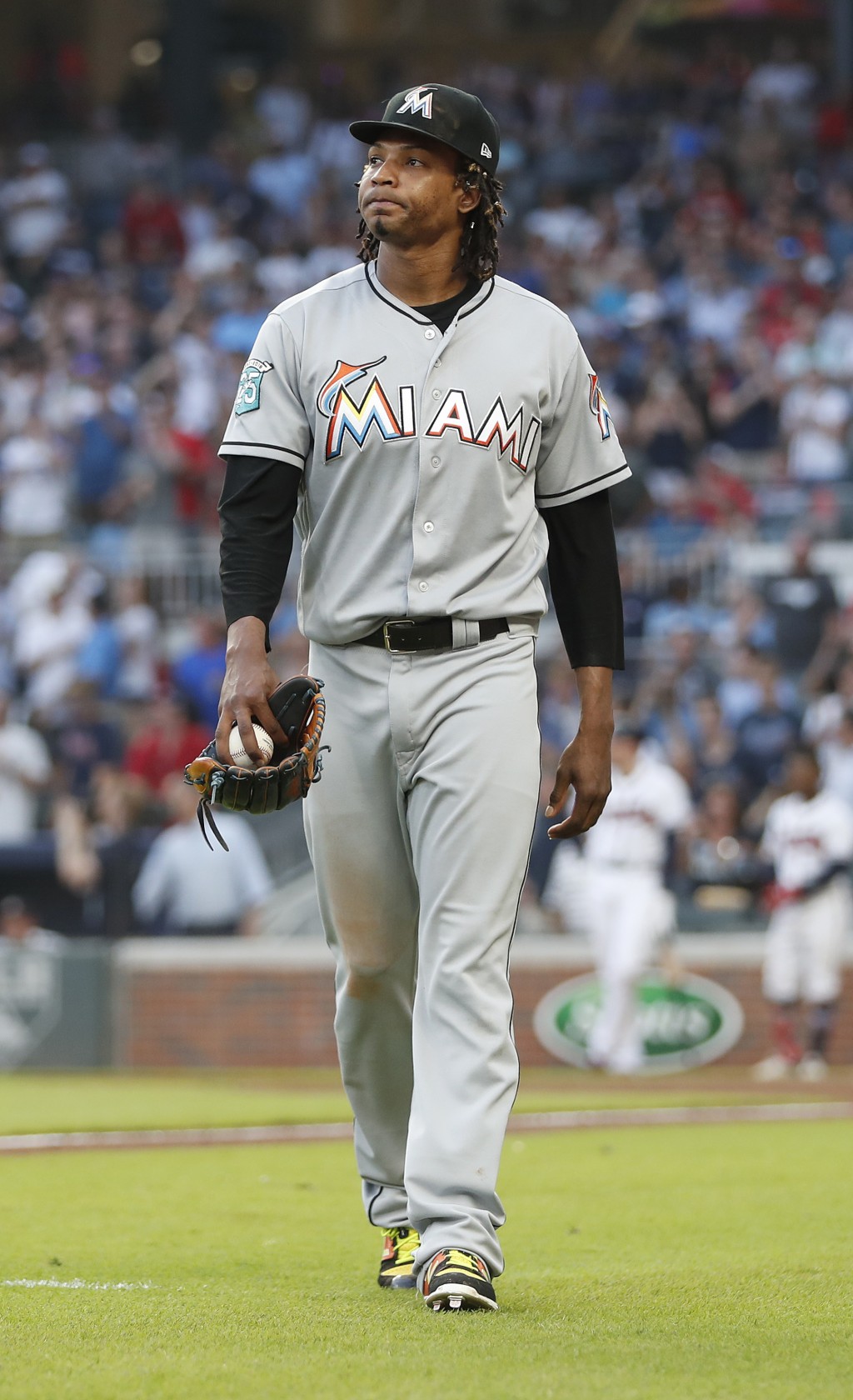 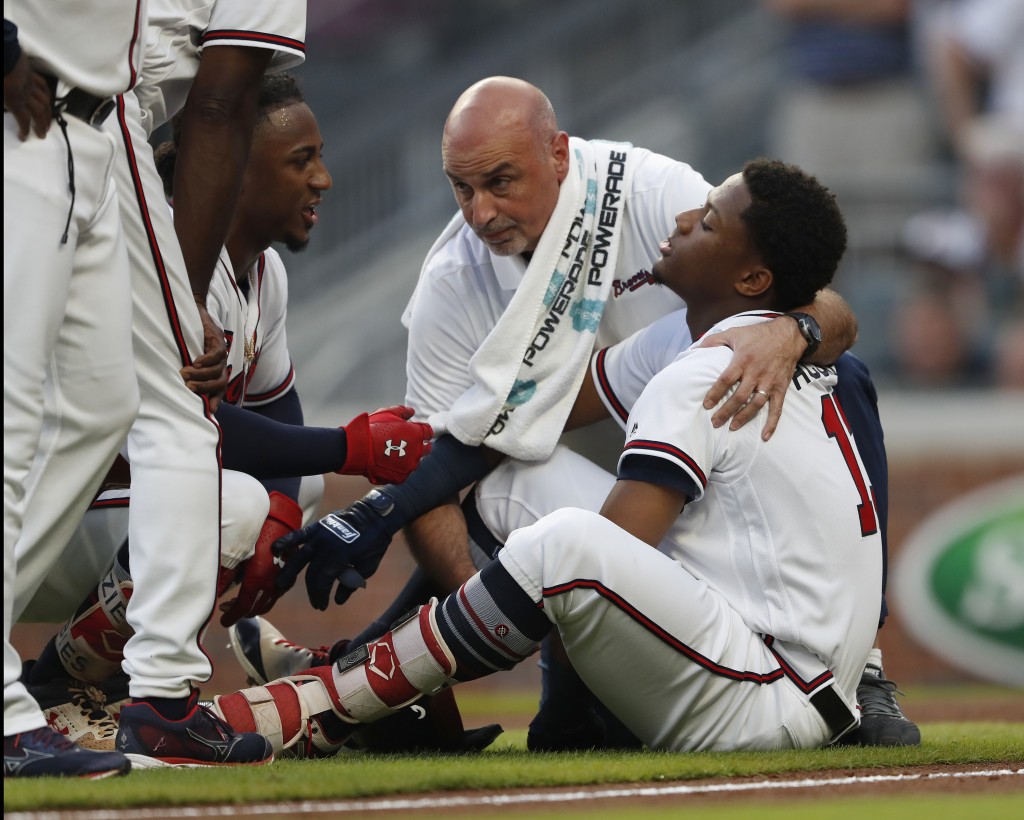 Major League Baseball announced the penalties Thursday, a day after Urena hit Acuna on the left arm with his first pitch in the Marlins' 5-2 loss in Atlanta. The 20-year-old Acuna went into the game having homered in five straight games, including four homers in the three games against Miami — three of them leading off.

The 25-year-old Urena, from the Dominican Republic, is 3-12 with a 4.74 ERA in 24 starts. Unless appealed, the suspension is scheduled to begin Friday at Washington.

Also, Braves first base coach Eric Young was suspended one game and fined.

Acuna was back in the lineup for the Braves on Thursday night against Colorado. The training staff signed off on Acuna returning after a CT scan on his elbow was normal. X-rays also were negative.