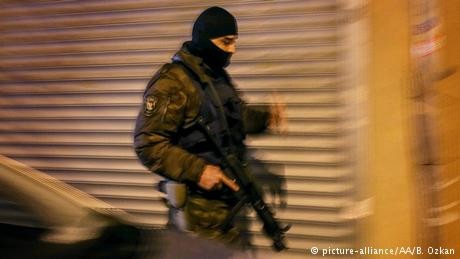 Another German citizen has been arrested by Turkish police on charges of terrorism after criticizing the Turkish government online, his lawyer said on Thursday.

Ilhami A., 46, was arrested on Tuesday morning while visiting his mother in the town of Saribasak in a largely Kurdish region of eastern Turkey, public broadcaster ARD reported.

His Turkish lawyer, Ercan Yildirim, told ARD Ilhami A. was accused of "terror propaganda" because he had criticized the Turkish government on social media.

Yildirim said his client had been locked up in the prison of Elazig and that he would file a complaint against the arrest.

The German Foreign Ministry confirmed the arrest and said he would receive consular assistance.

Public broadcaster NDR reported that the man has Kurdish roots and lives in Hamburg, where he works as a self-employed taxi driver.

According to official figures, seven other Germans are currently in detention in Turkey for "political reasons."

German Foreign Minister Heiko Maas on Monday urged Ankara to improve its diplomatic ties with both Germany and the United States, saying it would help to ease its current economic woes.