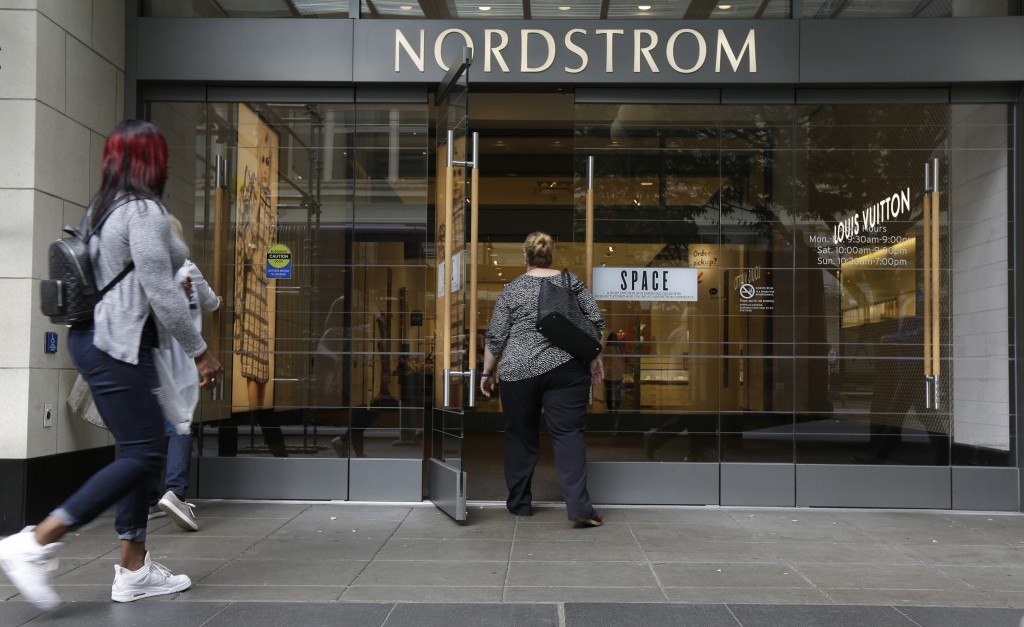 The results topped the 83 cents per share that analysts surveyed by Zacks Investment Research expected.

Nordstrom's stock was up almost 8 percent in after-hours trading following the release of the earnings report.

Department store companies have been under pressure because more people are shopping online or at discount retailers. Nordstrom said 34 percent of its sales came through digital channels in the quarter, up from 29 percent a year ago.

In its full-price division, which consists of Nordstrom U.S. full-scale stores, Nordstrom.com, Trunk Club, revenue at stores open at least a year rose 4.1 percent. The top merchandise categories were children's clothes and beauty.

Elements of this story were generated by Automated Insights (http://automatedinsights.com/ap) using data from Zacks Investment Research. Access a Zacks stock report on JWN at https://www.zacks.com/ap/JWN