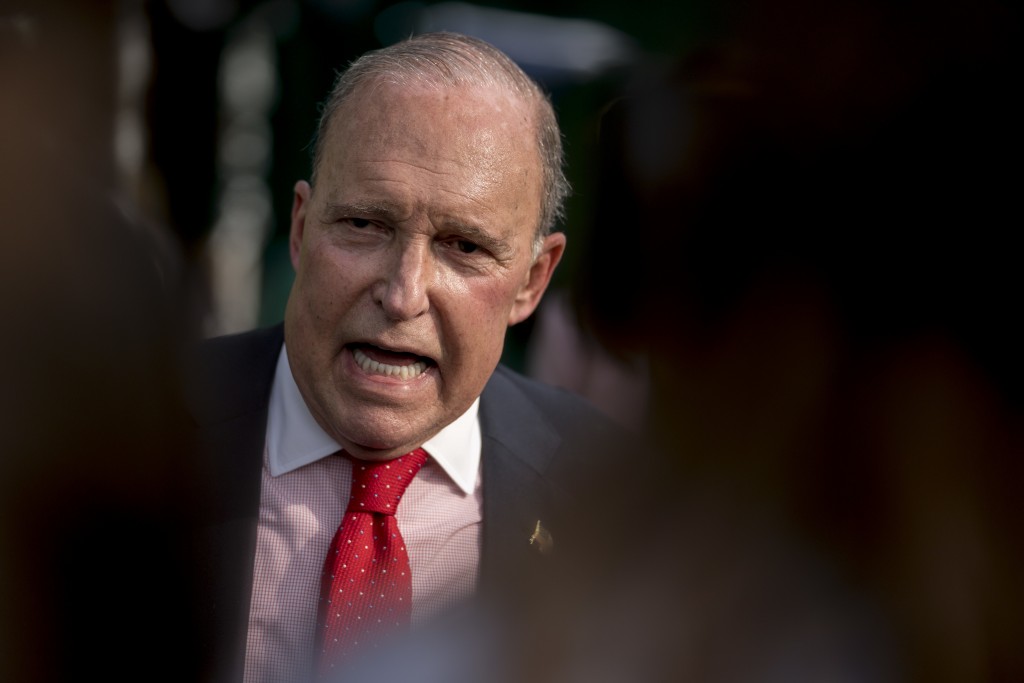 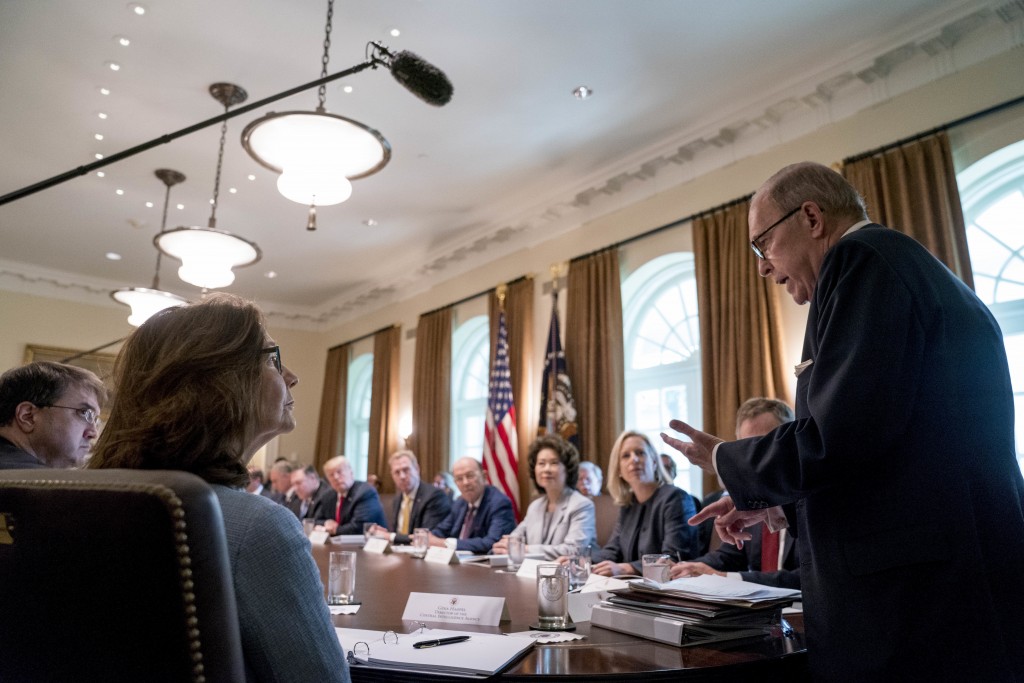 WASHINGTON (AP) — Is the latest pickup in U.S. economic growth destined to slow in the years ahead as most analysts say?

Or, as the Trump administration insists, is the economy on the cusp of an explosive boom that will reward Americans and defy those expectations?

On Thursday, President Donald Trump's chief economic adviser, made his case for the boom. Calling mainstream predictions "pure nonsense," Larry Kudlow declared that the expansion — already the second-longest on record — is merely in its "early innings."

"The single biggest event, be it political or otherwise, this year is an economic boom that most people thought would be impossible to generate," Kudlow said at a Cabinet meeting, speaking at the president's request and looking directly at him. "Not a rise. Not a blip."

"People may disagree with me," Kudlow continued, "but I'm saying this, we are just in the early stages."

Since the Trump administration took office early last year, the economy has continued to grow steadily, and the job market has remained strong. Most economists see the economy expanding at a solid 3 percent rate this year.

Yet it's hard to find any outside mainstream economists who would agree with Kudlow's assertion that the Trump administration can accelerate or even sustain that growth rate. Analysts generally expect that the benefits from Trump's tax cuts and an additional $300 billion in government spending that he signed into law in February will gradually slow along with economic growth.

Most also say the Fed's continuing interest rate hikes, combined with the trade conflicts Trump has sparked with most of America's trading partners, could also limit growth.

"Economists are incredibly hopeful that the White House is right," said Carl Tannebaum, chief economist of Northern Trust said. "Unfortunately, most economic analysis and past historical patterns suggest that we're in the middle of a sugar rush that will wear off."

Economists have generally forecast that the pace of annual economic growth will slip to about 2.5 percent in 2019 and then less in the subsequent years.

Even within the government, the leading forecasts are more sober. The Fed expects growth to slip to 2.4 percent in 2019 and 2 percent in 2020. The Congressional Budget Office said this week that growth would likely slow to 1.7 percent in 2020.

Tannenbaum noted that the economy faces two trends that essentially act as a speed limit. First, over time, the economy can grow only as fast as the size of its workforce and the efficiency of those workers. Yet the fast baby boom generation is retiring.

What's more, the administration is seeking to limit immigration, which would reduce the number of available workers. During the longest U.S. expansion, from 1991 through 2001, the working-age population grew an average of 1.2 percent a year. Yet from 2008 through 2017, it expanded an average of just 0.5 percent annually.

A second factor is the growth of worker productivity — the amount of output per hour worked — which has fallen by half in the decade since the Great Recession, from a 2.7 percent average rate to 1.3 percent.

Even if the economy did accelerate unexpectedly, the Fed would then likely raise rates faster to avert a pickup in inflation and cause the expansion to slow.

In addition, the tax cuts and government spending that are helping boost economic growth for now have swollen the budget deficit, which is expected to surpass $1 trillion annually in 2020 — a level Tannenbaum calls "absolutely frightening."

Such high deficits require large-scale government borrowing. Such additional borrowing typically sends interest rates up and makes it harder for businesses to borrow, spend and expand.

On top of that risk, the Trump administration's tariffs, which are meant to force countries to trade on terms more favorable to the U.S., could devolve into a trade war that would imperil economic growth. What's more, a global economic slowdown, stemming from factors beyond the administration's control, perhaps among troubled emerging economies, would likely spill over to the United States.

Scott Anderson, chief economist at Bank of the West, noted that the $1.5 trillion worth of tax cuts that will take effect over the next decade were supposed to spur companies to make additional investments in machinery, vehicles and other technology that would lift worker productivity. But the pace of equipment spending has fallen since the end of last year. That's a sign to him that the growth in 2018 might be fleeting.

"The tax cuts are really not moving the needle for businesses," Anderson said.

Tannenbaum notes that "the data suggest that the vast majority of tax savings have been used by companies to increase dividends and repurchase shares," which gives shareholders more money but doesn't increase corporate investment or workers' wages.

In making his case Thursday, Kudlow played loosely with some data. As director of the White House National Economic Council, he noted that disposable personal income — the pay that people take home after taxes and adjusting for inflation — had climbed 3.1 percent over the past 12 months.

Not exactly. Kudlow was referring to total personal disposable income, which meant he didn't factor in changes in population. On a per capita basis, the increase in disposable personal income is a more modest 2.3 percent — not much different from what it's been since May 2017.

The per capita income figure can also cut a jagged path over time. It peaked at 4.6 percent at the start of 2015, dipped to 0.3 percent in August 2016 and then began to climb before its recent plateau.

Yet speaking of the most recent gains in personal income, Kudlow assured the president and the country Thursday, "There's no signs that it's abating."