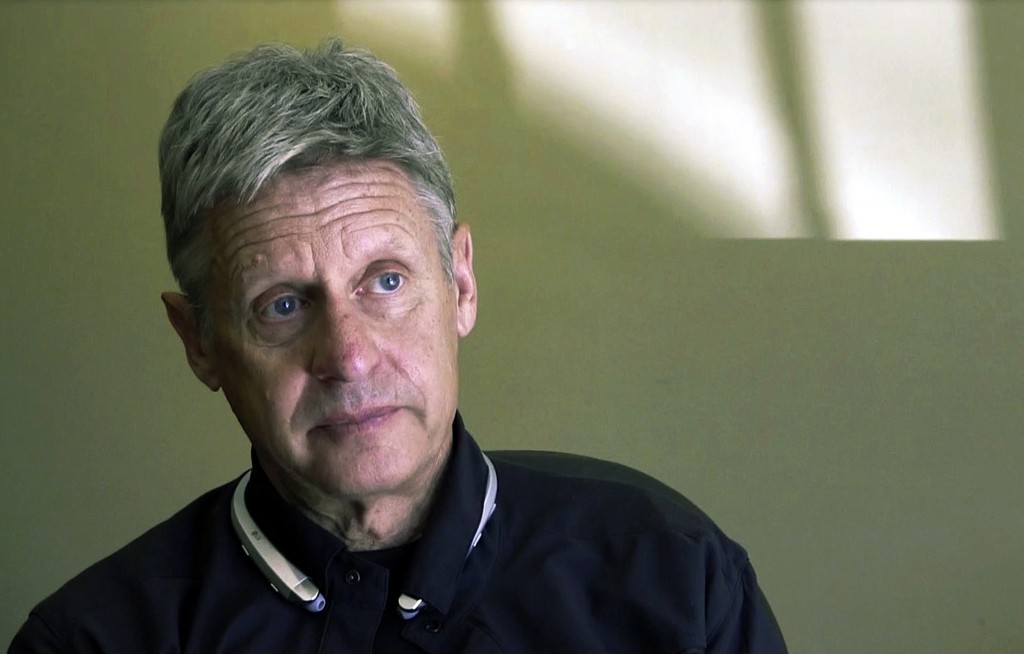 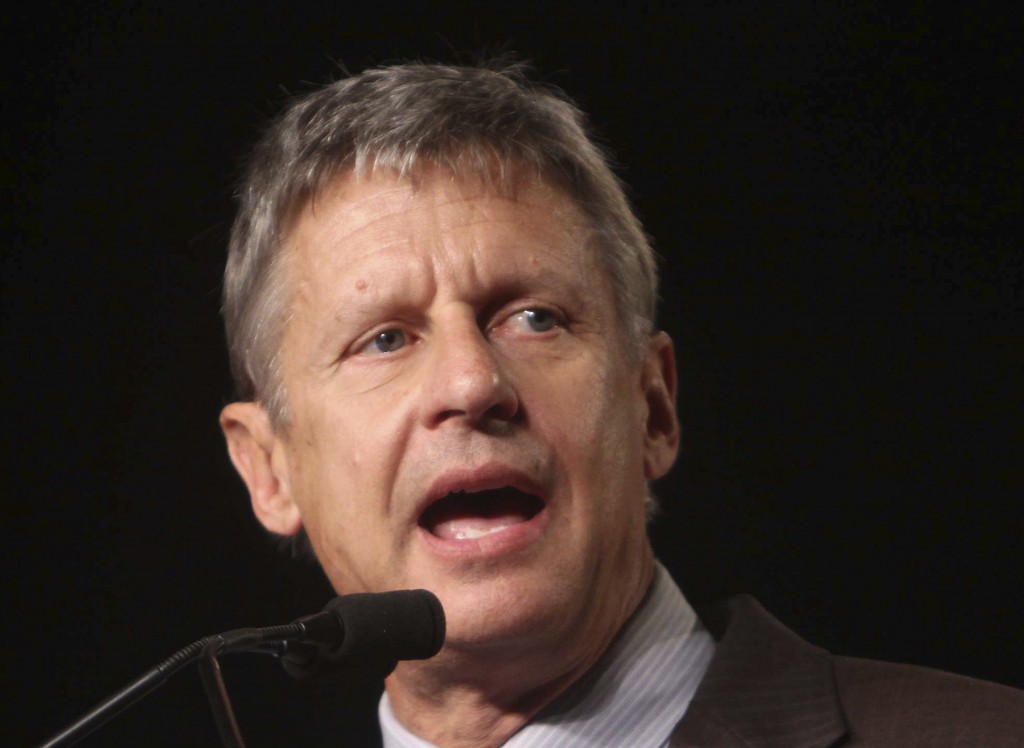 ALBUQUERQUE, N.M. (AP) — Former Libertarian presidential candidate Gary Johnson said in seeking to make history and capture a U.S. Senate seat in New Mexico he'll have to give up a few of his favorite activities: marathon biking rides, hanging out in his northern New Mexico "dream" home and tuning out news about President Donald Trump.

But he can't promise he won't smoke an occasional joint.

Johnson, who served two terms as New Mexico governor in the 1990s and gained national attention as one of the first mainstream politicians to call for the legalization of marijuana, announced Thursday that he's seeking to unseat Democratic incumbent U.S. Sen. Martin Heinrich after the previous Libertarian nominee dropped out the race.

Johnson told reporters at his newly minted and empty Albuquerque headquarters that his candidacy was a longshot, but he felt he had no choice given Trump's unacceptable actions on immigration and free trade.

"What's at stake here is arguably one of the most powerful seats in the U.S. Senate," said Johnson, who a month ago was telling supporters he'd never run for office again. "If I were elected to U.S. Senate, I'd be the swing vote. That is a gigantic position that excites me to no end."

Johnson's entrance into a race that Democrats had previously seen as a safe seat has generated excitement in a state that leans Democratic but has elected moderate Republicans to statewide office in recent years. But to win, Johnson would have to convince some supporters of Republican challenger Mark Rich and Heinrich that he'd be a better senator for a state that relies on federal government spending for Medicare, three military bases and two national labs.

In his passionate announcement, Johnson criticized both main political parties. Johnson said he was "angry" at the two-party system that continuously avoids tackling wasteful spending and coming up with solutions on immigration.

Still, Johnson said if he were in the U.S. Senate now he'd probably vote to confirm President Donald Trump's Supreme Court nominee Brett Kavanaugh. However, Johnson said he didn't like Trump as president and as a person and called his actions on race relations — around immigration and Trump's tepid reaction to white nationalist violence in Charlottesville, Virginia, last year — "unacceptable."

"I am fiscally conservative and socially...I-don't-care-what-you-do-as-long-as-it-doesn't-hurt-anybody," Johnson said.

Elected and re-elected governor of New Mexico as a Republican, Johnson stayed true to a small-government philosophy while vetoing more than 700 bills. His open advocacy for legalized marijuana broke mainstream 1990s political taboos and made him a national curiosity and a popular figure on college campuses.

New Mexico Democrats immediately dismissed Johnson's entrance in the race Thursday and focused on his record as governor. "New Mexicans haven't forgotten the damage Gary Johnson's extreme agenda had on our state — from cutting the social security net, to vetoing minimum wage increases, to trying to privatize our education system," Democratic Party of New Mexico Chair Marg Elliston said in a statement. "He'd bring the same destructive ideas to Washington."

An advocate for marijuana legalization, Johnson said he'd push for federal legislation that would end the jail time for those who sell or consume marijuana. As for his own consumption, Johnson told reporters he wouldn't smoke marijuana if he had to appear before reporters or at campaign events.

"In lieu of people who have a cocktail before they go to bed in the evening," said Johnson, who hasn't had an alcoholic drink in 31 years, "I may be in the category when it comes to marijuana. And I hope you chalk that up to honesty."