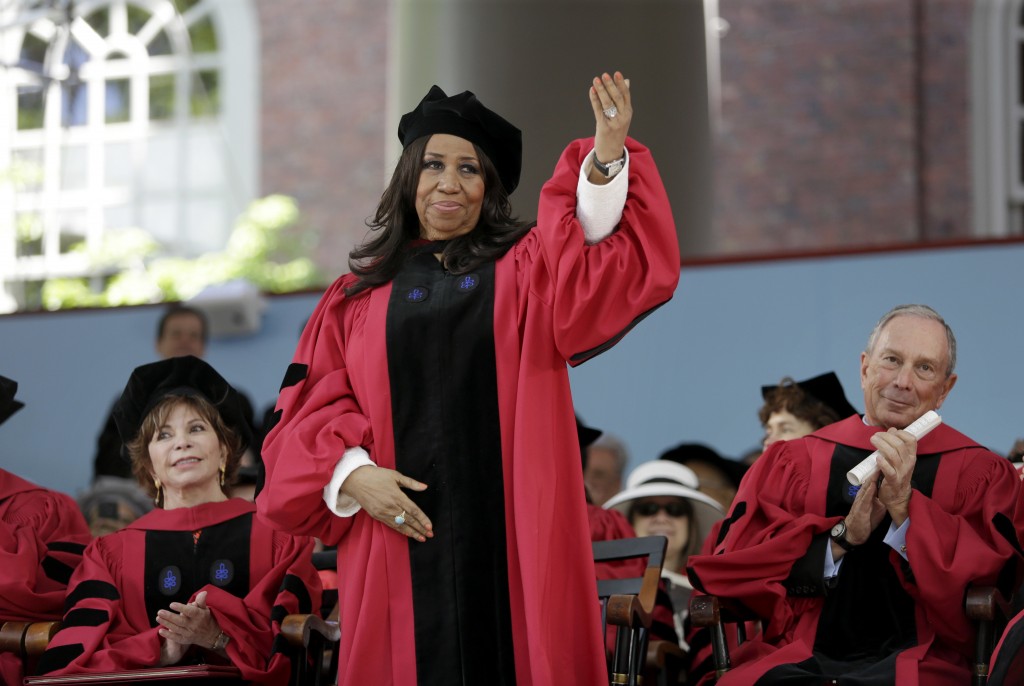 NEW YORK (AP) — It's easy to forget that "Respect" wasn't originally Aretha Franklin's song. But the Queen of Soul sang it like it was made for her, and for only her.

She transformed Otis Redding's song into a classic worldwide anthem — especially for the feminist and civil rights movements — making it one of the most recognizable and heard songs of all-time.

Redding's 1965 original focused on a man asking his woman for some respect after he worked a long, hard day. But Franklin flipped the track in 1967, adding new lyrics to the song — including spelling out R-E-S-P-E-C-T and repeating the line "sock it to me" — becoming one of the most famous sing-a-long hooks in music.

Franklin's version, highlighted by her booming vocals and sharp piano playing, showcased a strong and confident woman demanding respect from her man — and the power of the track connected to the world at large. Her version outperformed the original: It peaked at No. 1 on the Billboard Hot 100 and earned Franklin her first pair of Grammy Awards.

"I don't think it's bold at all," Franklin told the Detroit Free Press last year when the song celebrated its 50th anniversary. "I think it's quite natural that we all want respect — and should get it."

Franklin recorded "Respect" in New York when she was about 25 and her sisters, Erma and Carolyn, sang background vocals on the song. The success of the anthem helped Franklin reach new career heights and easily became a signature song for the icon.

It's one of the most celebrated and cover songs ever released. The Library of Congress added "Respect" to the National Recording Registry; it was ranked fifth of Rolling Stone's list of "The 500 Greatest Songs of All Time"; and it was inducted in the Grammy Hall of Fame.

"This next song is a song that a girl took away from me," Redding said before a performance at the Monterey Pop Festival in 1967.