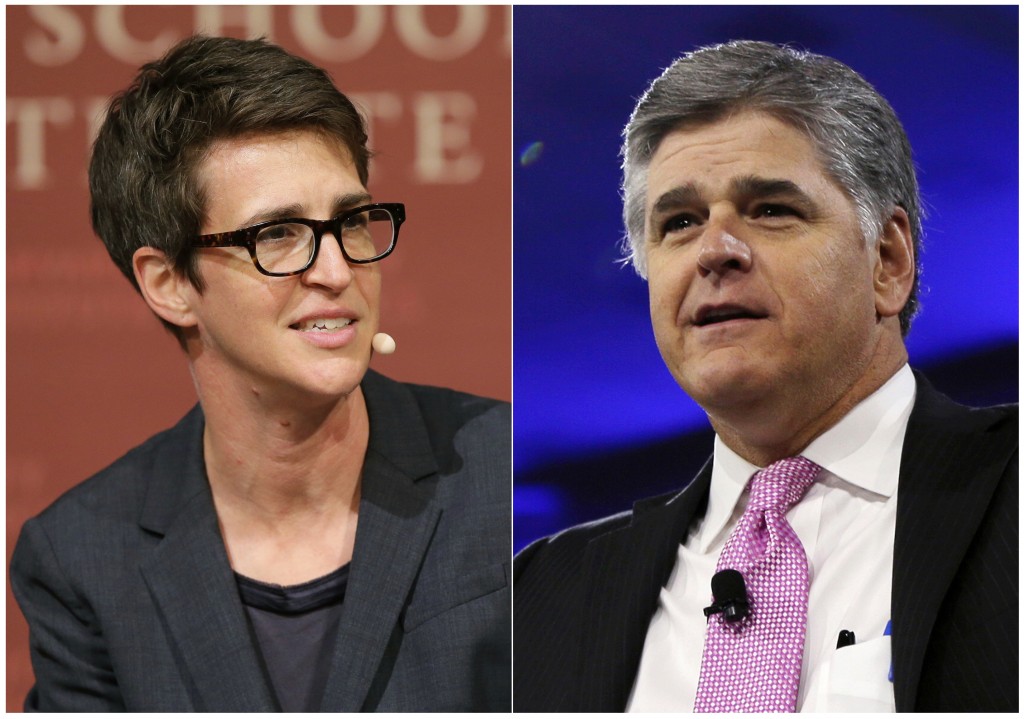 NEW YORK (AP) — A generation ago, the likes of Walter Cronkite, Peter Jennings and Diane Sawyer were the heroes of television news. Now the biggest stars are arguably Sean Hannity and Rachel Maddow

Unlike their predecessors, there's never a doubt about how Hannity and Maddow feel about things.

Old lines between journalism and commentary are growing fuzzier with traditional media guideposts stripped away by technology and new business models. With President Donald Trump rewriting the rules of engagement to knock the media off stride, he's found a receptive audience among supporters for his complaints about "fake news."

In such a climate, is it any wonder people seem to be having a hard time distinguishing facts from points of view, and sometimes from outright fiction?