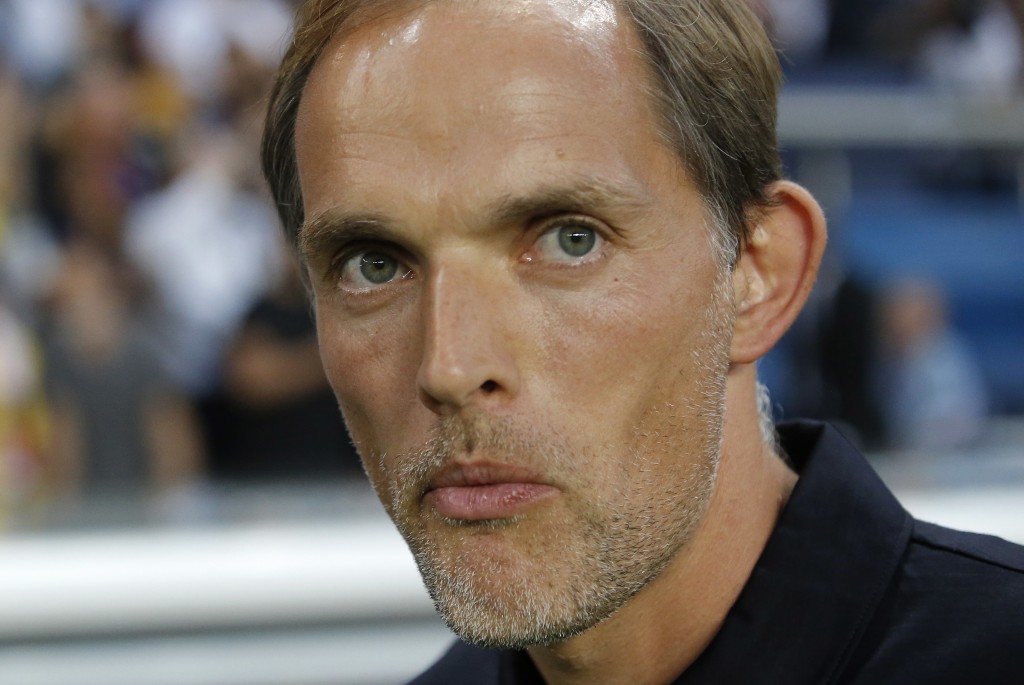 Tuchel made a name for himself in Germany by showing faith in young players during a five-year stint with unheralded Mainz. In 2009, he was promoted to take charge of the Mainz first team after just one year in charge of the youth side, and quickly promoted young talent.

Now, he's freshening up PSG with a dash of youth.

The French champion ended last weekend's opening league game — a 3-0 home win against Caen —with five players aged 19 or under on the field and one aged 20.

Most fans probably didn't recognize them.

"They deserved to play because they've been with us for five weeks and worked hard (in pre-season). They kept improving," Tuchel said. "They need to be ready to play for the first team and, in my opinion, they are."

Attacking midfielder Christopher Nkunku played the full match against Caen. He also impressed in the latter half of last season for PSG and, at only 20, is another hugely promising talent.

Tuchel is used to it. Despite limited funds, Tuchel kept newly promoted Mainz in the Bundesliga, finishing ninth, and nurtured talented young players like forward Andre Schuerrle, a World Cup winner with Germany in 2014.

Tuchel is in his first season in charge at PSG after replacing Unai Emery, who is now coach of English Premier League team Arsenal. Rather than systematically chase established big names, as previous PSG coaches did, Tuchel seems to have an eye on the future.

Kehrer is seen as an eventual replacement for 33-year-old central defender Thiago Silva, who has been with PSG since 2012.

"Several big clubs were chasing his signature," PSG president Nasser Al-Khelaifi said. "This transfer is in keeping with our policy of producing, and attracting, the talented stars of tomorrow, with the aim of helping them improve alongside great and experienced players."

During last summer's transfer window, PSG made headlines worldwide by splashing out more than 400 million euros ($454 million) to secure Neymar from Barcelona and Mbappe from Monaco.

It landed PSG in hot water with European soccer governing body UEFA and in potential breach of its "Financial Fair Play" rules.

UEFA is reviewing an investigation into PSG's finances which was initially closed. FFP rules oversee spending on transfers and wages by all clubs which qualify for the Champions League and Europa League. UEFA can even exclude clubs in serious cases.

PSG sold midfielder Javier Pastore to Roma for 24.5 million euros to help balance accounts made lopsided by the world-record deal to buy Neymar for 222 million euros and its 180-million euro outlay on Mbappe.

With less spending power, PSG has to bring more youth players through and Tuchel appears the right person to oversee their transition into the first team.