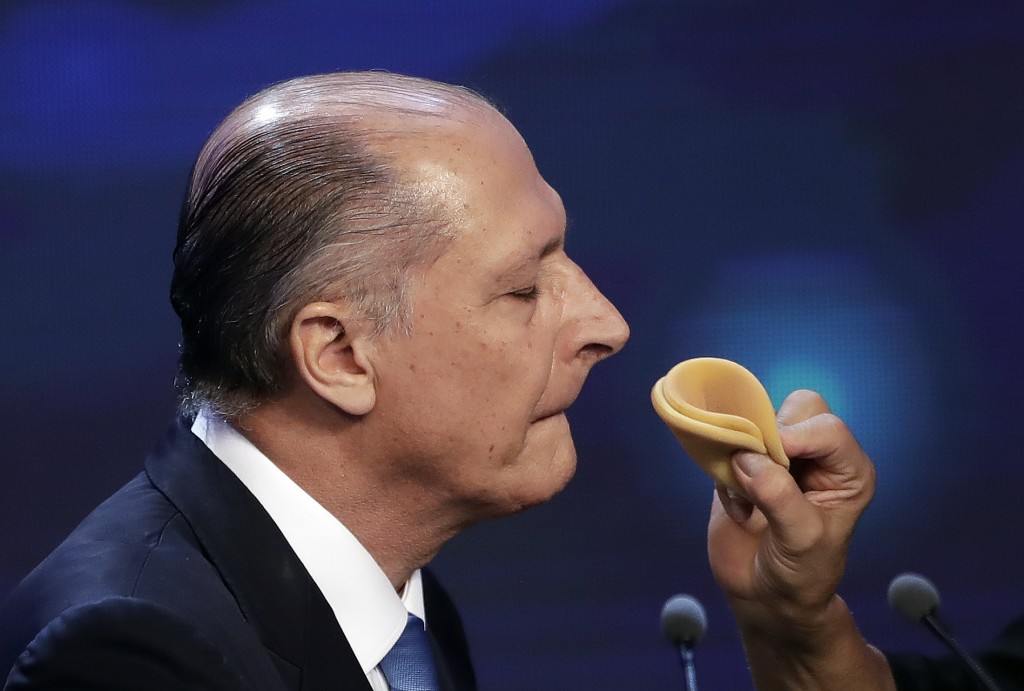 BRASILIA, Brazil (AP) — Brazilian President Michel Temer is endorsing another party's candidate as well as his own in October's presidential election.

Temer says in an interview published Thursday by the Folha de S.Paulo newspaper that his backers see a lot of his own policies in former Sao Paulo Gov. Geraldo Alckmin, candidate of the Brazilian Social Democracy Party.

Temer's own Brazilian Democratic Movement has nominated former Finance Minister Henrique Meirelles, who has appeared to be trying to distance himself from Temer.

It's not clear either would welcome Temer's endorsement. Recent polls show the president is overwhelmingly unpopular.

And both of the right-leaning candidates themselves are also running far behind in the polls so far.

If none of the 13 candidates wins an outright majority in October, a runoff will be held.