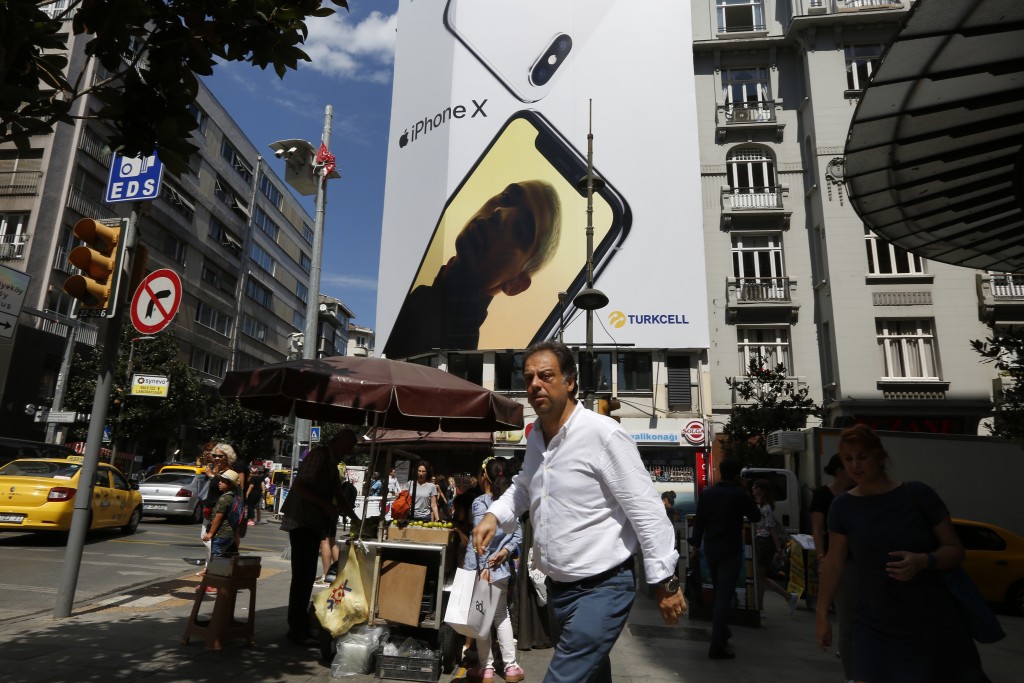 ISTANBUL (AP) — A small number of Turks are responding to their president's call to boycott American electronic goods by posting videos in which they smash iPhones with bats, hammers and other blunt instruments.

In one video , a man collects iPhones from several youths squatting in front of a Turkish flag, lays the devices on the ground and pounds them with a sledgehammer. "For the motherland!" he says at one point.

In another video, a boy pours a plastic bottle of Coca Cola into a toilet in a show of repugnance for U.S. goods.

American products remain widely used in Turkey, which is locked in a dispute with Washington over an American pastor being tried in a Turkish court and other issues. The two countries have also imposed tariffs on each other's goods.