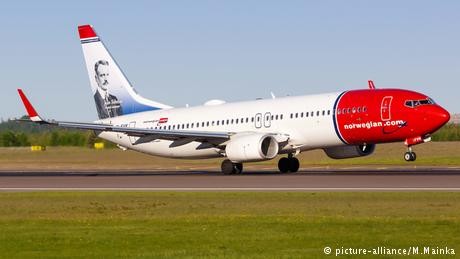 A UK judge sentenced French citizen Jacob Meir Abdellak to 10 months in prison on Thursday over a bomb call he made in May. The London-based Abdellak had apparently booked a seat on a Norwegian Air flight to Los Angeles, but arrived too late to London's Gatwick airport to board the aircraft.

The 47-year-old librarian reportedly grew abusive after the airline staff refused him boarding. Just eight minutes before the flight was set to depart on May 11, Abdellak called the police to report a dangerous device on board.

"He was running late for his flight and thought it would be a good idea to call in a hoax bomb," Gatwick Police Chief Inspector Marc Clothier said.

Abdellak claimed that the device involved "false information regarding a noxious substance likely to create serious risk to human health," according to the authorities.

The call triggered a 90-minutes screening procedure, delaying the flight. However, Abdellak was still not allowed on board, and was forced to reschedule his trip, according to Sussex radio station SprintFM.

'Sentence serves as a warning'

Officials later determined that Abdellak used the same telephone number he associated with his booking. He was arrested while trying to board another US-bound flight on May 22.

Abdellak initially denied he was behind the call, claiming that his SIM card had been stolen. At his first court appearance on Tuesday, however, pleaded guilty.

"This was a quite ridiculous decision made by Abdellak, who fabricated an extremely serious allegation purely for his own benefit," said Chief Inspector Clothier.

"The consequences of making allegations about bombs, guns or similar at densely populated locations such as airports are well documented, and Abdellak's sentence serves as a warning to others that this sort of behaviour will not be tolerated and offenders will be dealt with robustly," he added.

Abdellak would also be required to pay £140 towards a victim fund.