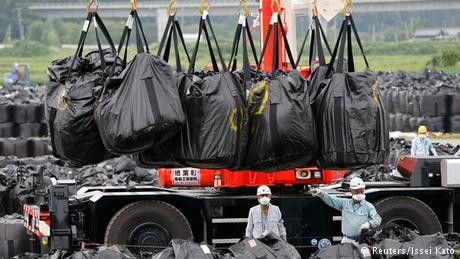 The three experts, who report to the UN Human Rights Council, warned that exposure to radiation remained a major risk for workers handling the cleanup of the plant.

"Workers hired to decontaminate Fukushima reportedly include migrant workers, asylum seekers and people who are homeless," said the three: Baskut Tuncak, an expert on hazardous substances, Dainius Puras, an expert on health, and Urmila Bhoola, an expert on contemporary slavery.

"We are deeply concerned about possible exploitation regarding the risks of exposure to radiation, possible coercion into accepting hazardous working conditions because of economic hardships, and the adequacy of training and protective measures," they said.

Tepco, the owner of the nuclear power station that was damaged by a tsunami in 2011, has faced flak for its treatment of workers involved in the cleanup, which is expected to take decades.

In July, a survey conducted by the Japanese Justice Ministry showed that four construction companies had hired foreign trainees for radioactive decontamination work at the plant.

The survey found that one of the four companies have paid only 2,000 yen ($18, €16) per day to the trainees, a fraction of the out of the 6,600 yen provided by the government as a special allowance for decontamination work.

An investigation by Reuters news agency in 2013 also found widespread labor abuses, including workers who said their pay was skimmed.

The UN experts called on Japanese authorities to act urgently to protect the workers.