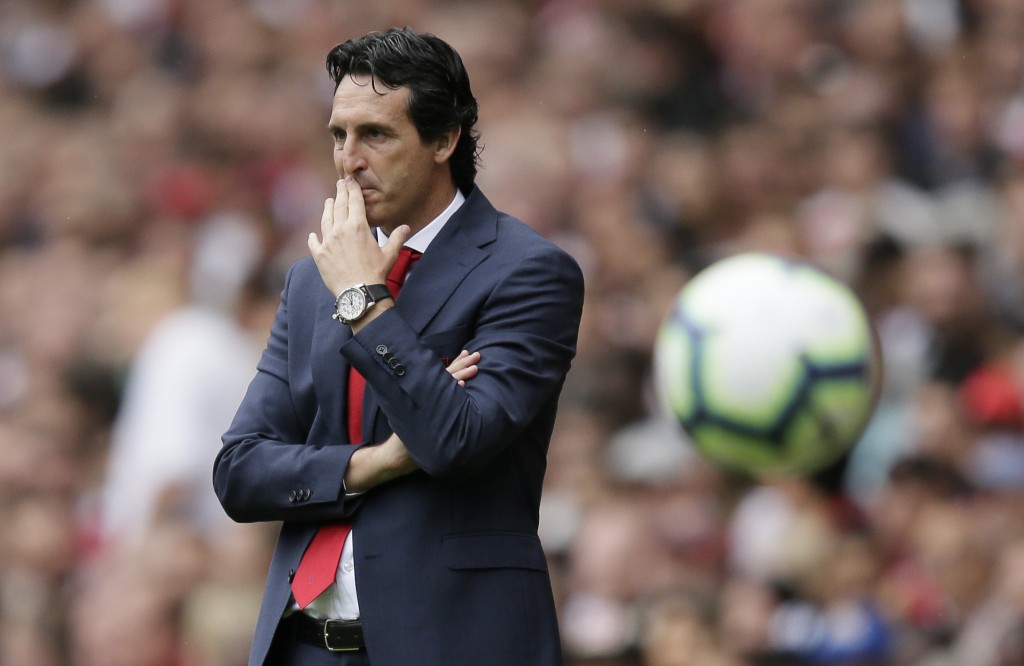 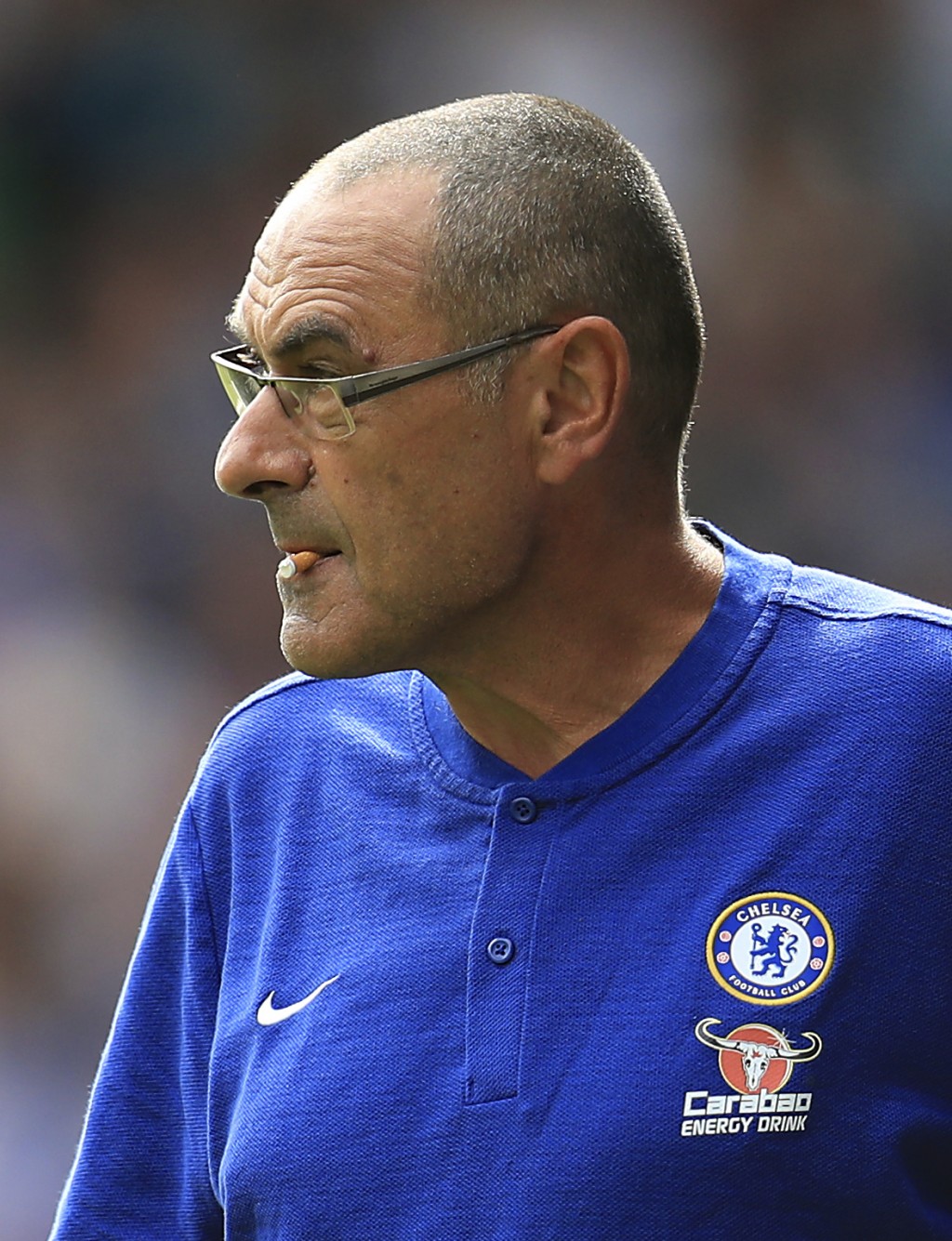 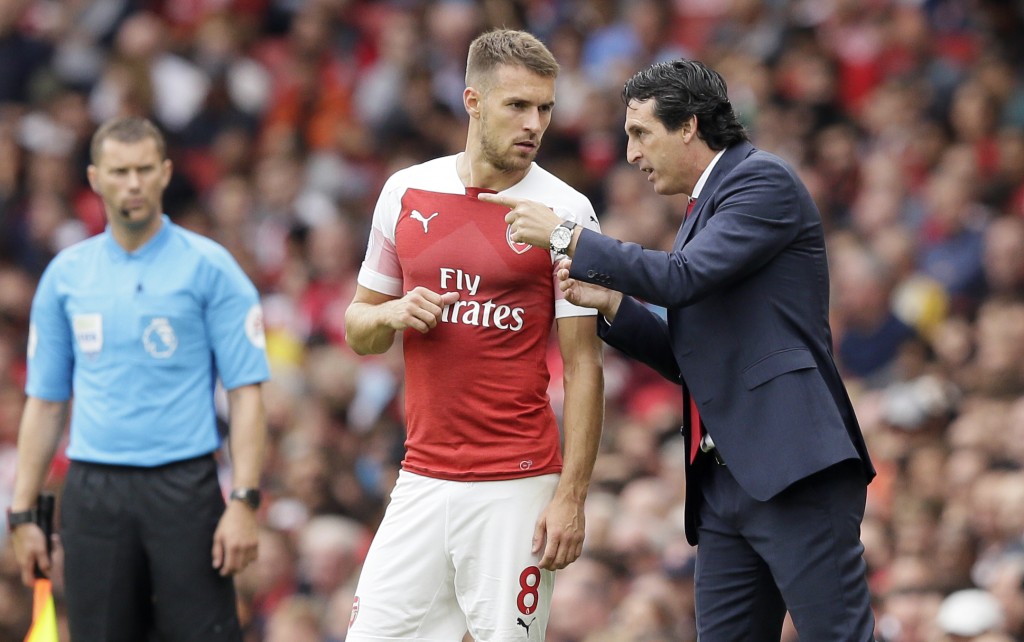 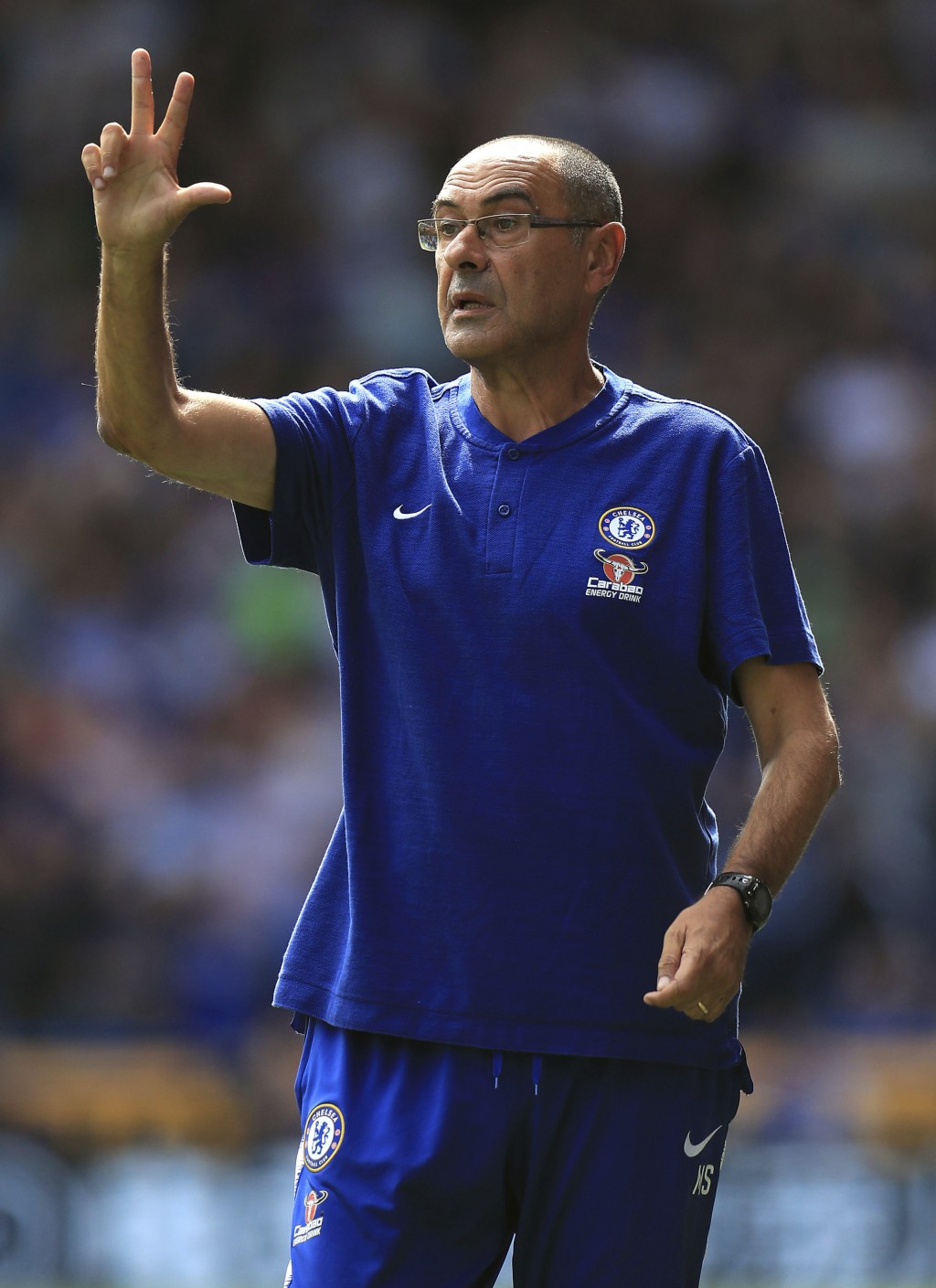 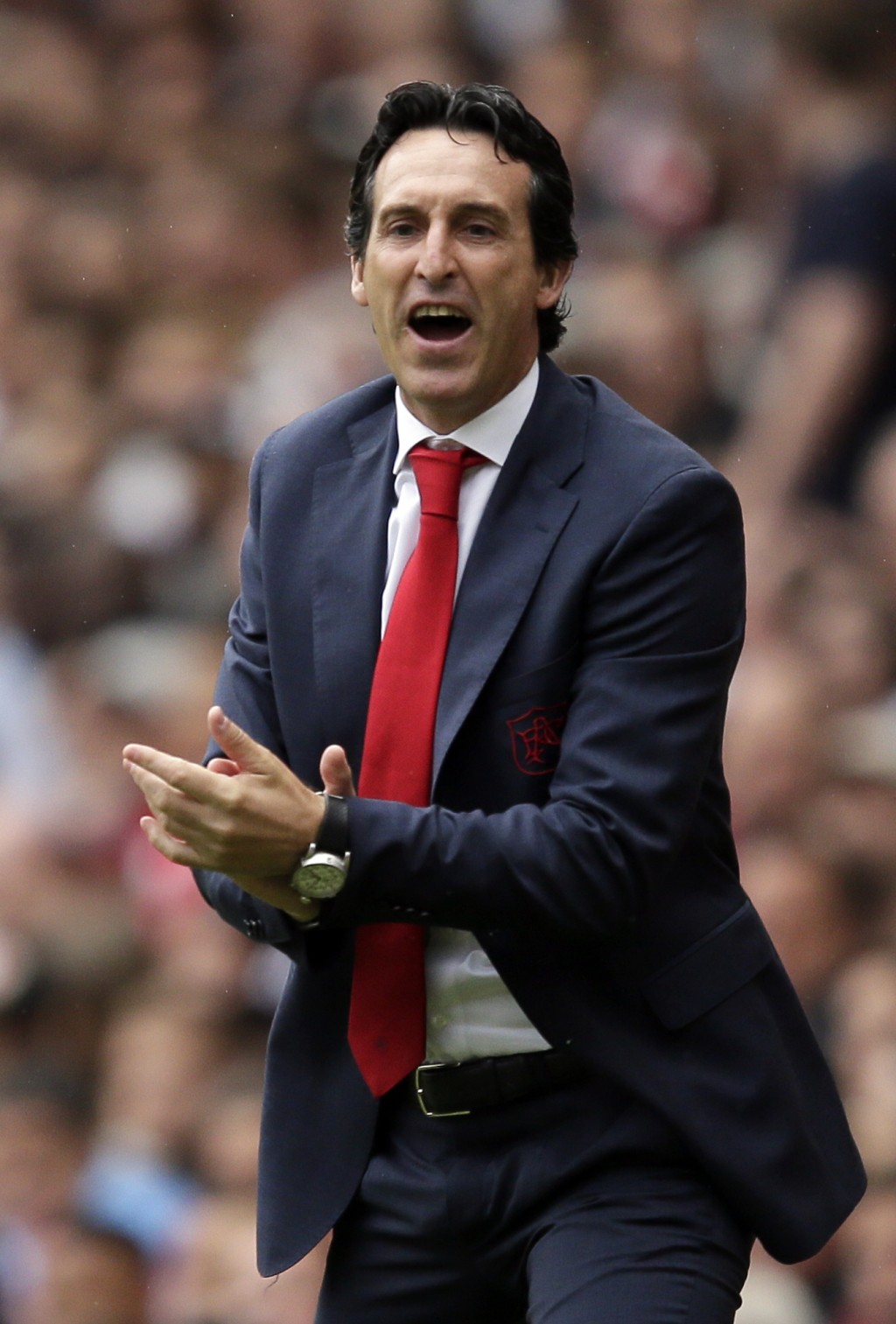 LONDON (AP) — When Arsenal and Chelsea square off on Saturday it will provide a glimpse into two contrasting managerial transitions for London rivals trying to rejoin the Premier League elite.

Chelsea fans have grown used to seeing new faces in the dugout. Maurizio Sarri is the 11th manager in 15 years of Roman Abramovich's ownership.

Arsenal is hesitantly adapting to its coaching change as it heads to Stamford Bridge without Arsene Wenger for the first time since 1995. By the time the Frenchman was nudged out in May, Arsenal had already enforced a new structure to drain the manager's power ready for Unai Emery's appointment.

The last year saw the creation of the positions of head of football relations (Raul Sanllehi joined from Barcelona) and head of recruitment (Sven Mislintat joined from Borussia Dortmund). It points to a methodical attempt to formalize structures that can outlast a manager and ensure a successor can't have the same grip on power that leaves the team fearing the consequences of change.

Chelsea doesn't have a chief executive and much uncertainty surrounds the ownership. Abramovich has remained typically silent, not just about the team on the field, but his own interest in continuing to invest in Chelsea since a visa dispute with the British government.

No public reason was given earlier this year for the failure to renew the Russian's right to live and work in Britain but it came at a time of heightened tensions between London and Moscow over the poisoning of a former spy. But Chelsea did go public with the need to freeze plans to build a new stadium in May, citing the "current unfavorable investment climate," giving an indication of Abramovich's irritation.

Arsenal has already seen its second-biggest shareholder — a Russian — pull out last week just as the season prepared to start. But Alisher Usmanov's decision to sell his 30 percent stake to majority owner Stan Kroenke ends the Premier League's longest-running battle for control of a club and solidifies the American sports magnate's long-term vision for the Arsenal.

"I met the Kroenke family in Atlanta," Emery said, "and he gave us his commitment in this project with Arsenal."

While the loyalty of Chelsea to Abramovich appears unwavering, there is widespread unease about Kroenke's intentions among Arsenal followers who are being forced to sell their stakes.

Returning to the Champions League is the primary target this season at Arsenal and Chelsea. For the first time since 1995-96 — just before Wenger's appointment — both finished outside of the top four in the same campaign.

Chelsea has more recent title-winning pedigree, with Antonio Conte delivering the trophy in 2017. Arsenal hasn't topped the Premier League since 2004.

Arsenal showed why it sunk to sixth last season and the size of the recovery job when it opened the Emery era with a 2-0 loss to defending champion Manchester City on Sunday. The Gunners are still taking time to adapt to Emery's pressing style without being overrun in defense.

"The difficulties, we saw it, were big," Emery said Thursday, reflecting on the City loss. "We are going to play away (at Chelsea) but we need to keep our personality, keep our mentality. I think on Sunday against Manchester City, the team kept their ideas, kept their spirit in the game for the full 90 minutes, even when we were losing, and didn't let their heads go down."

With Sarri replacing Antonio Conte's preferred back-three with a four-man defense, Chelsea began brightly with a 3-0 win. But it came against a Huddersfield side that avoided relegation in May despite recording the second-worst goal difference.

Sarri cautioned before the season kicked off that it could take time to implement his vision at a club renowned for its impatience under Abramovich.

"Maybe the performances in the first part of the season will not be in line with the potential of the squad," Sarri said. "The board know this."