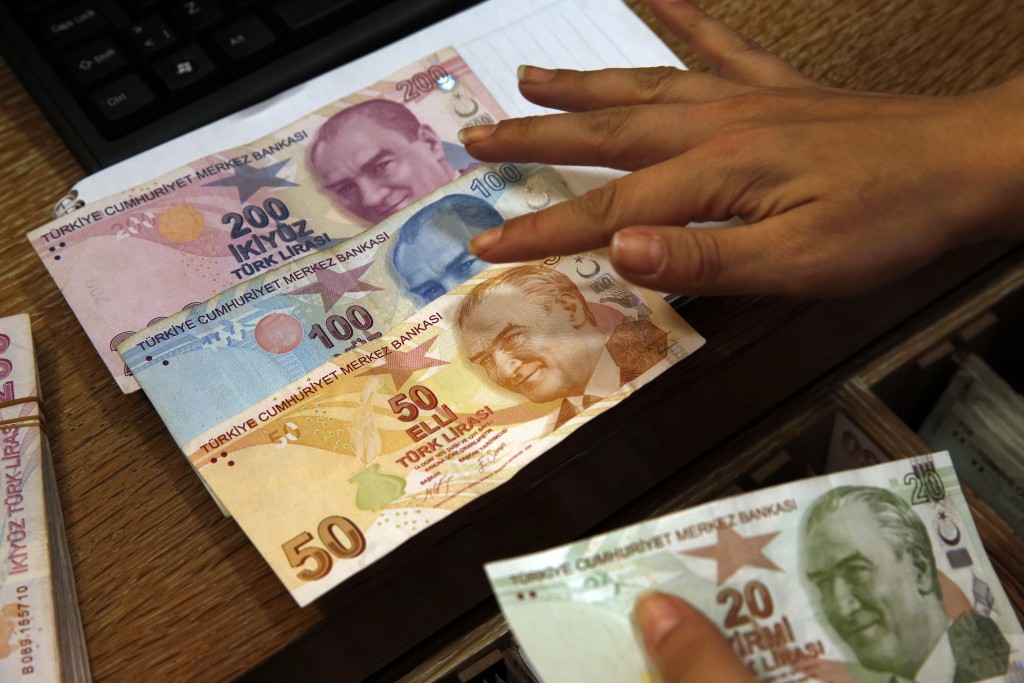 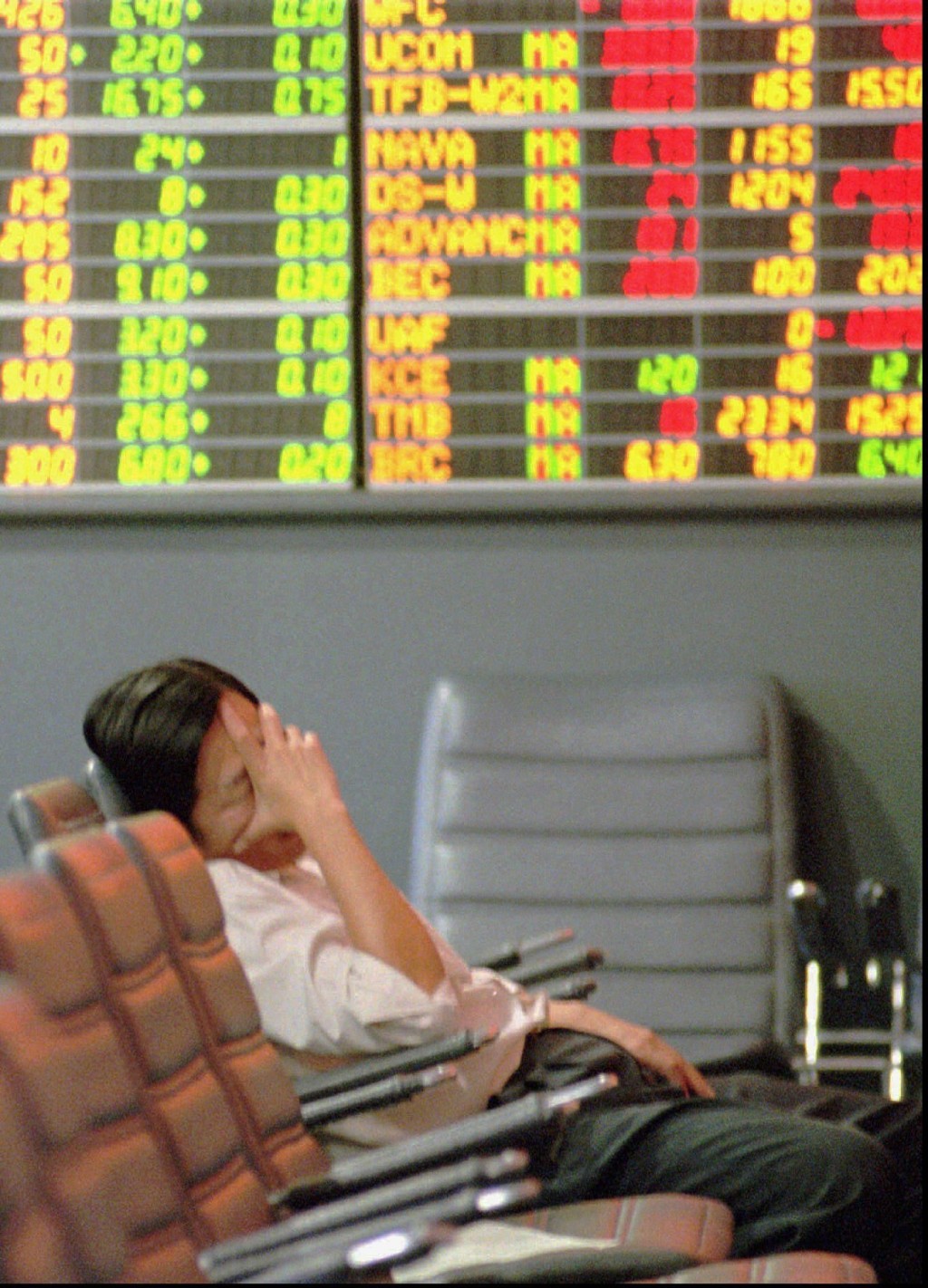 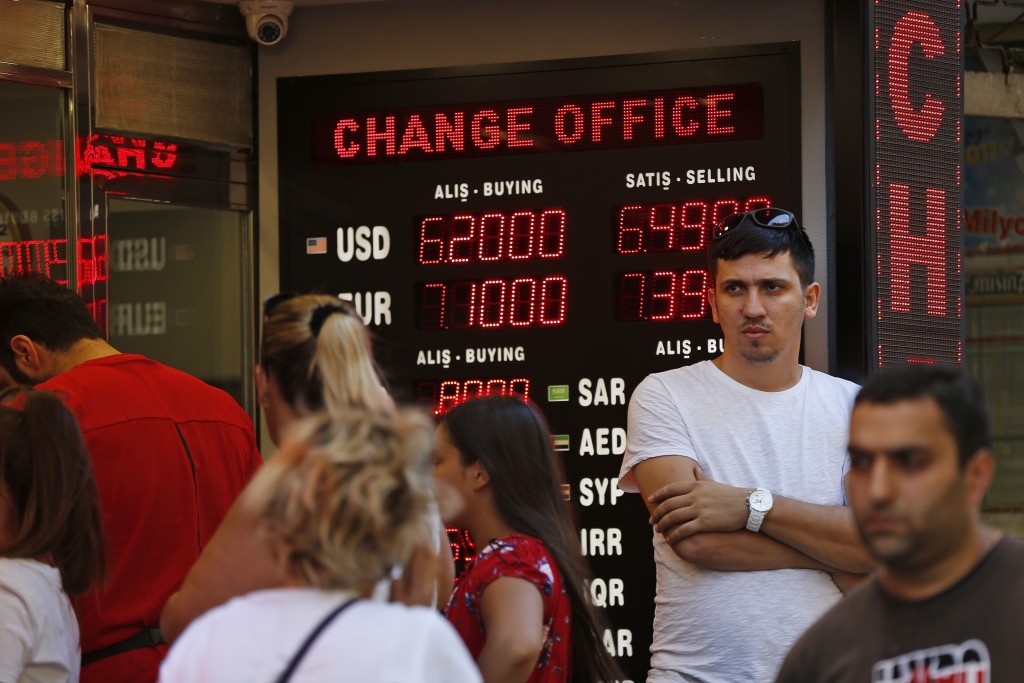 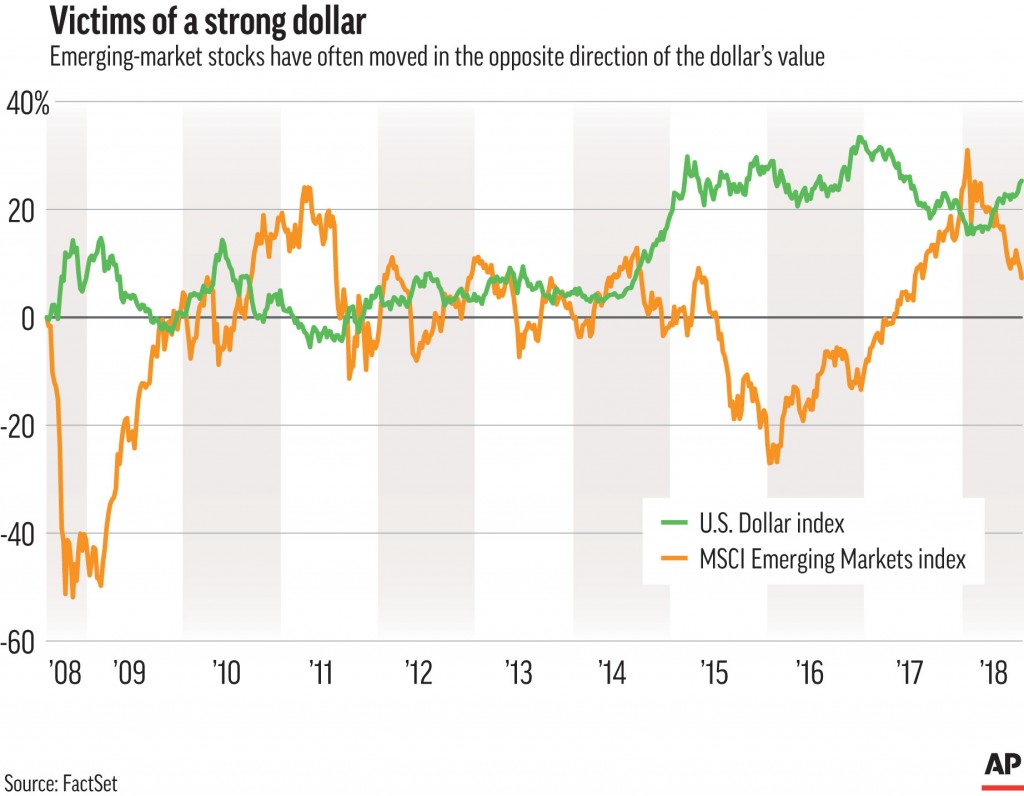 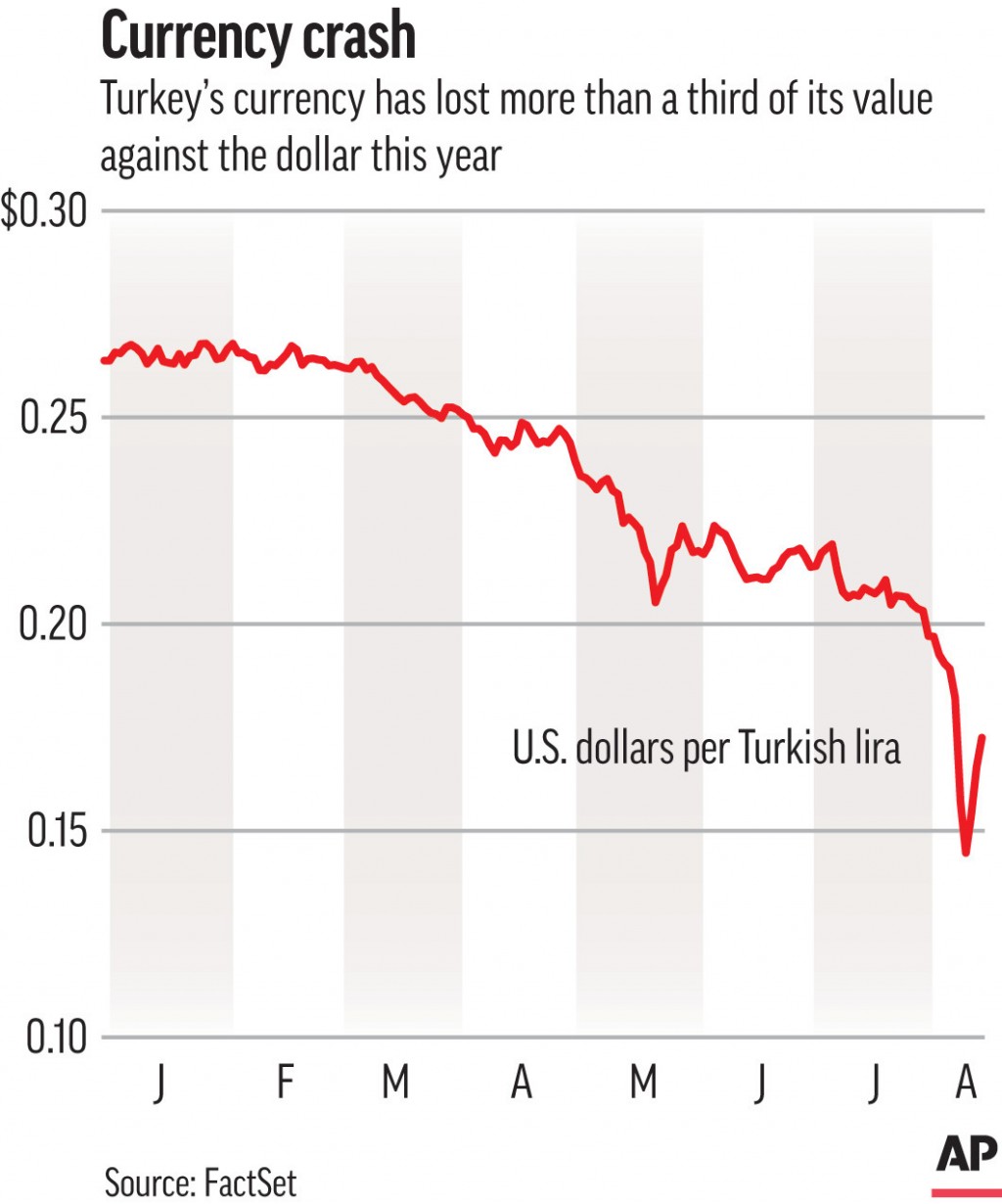 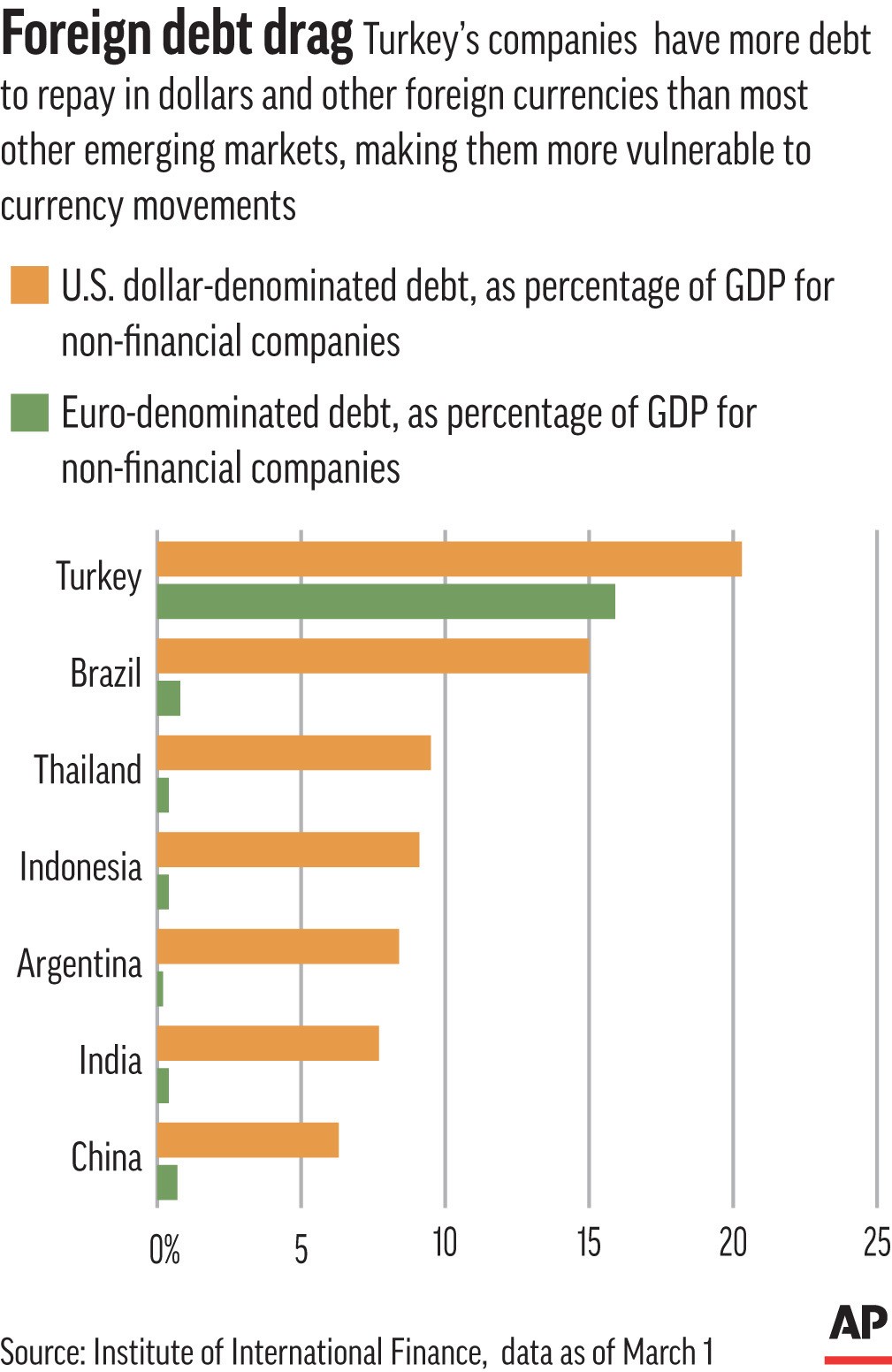 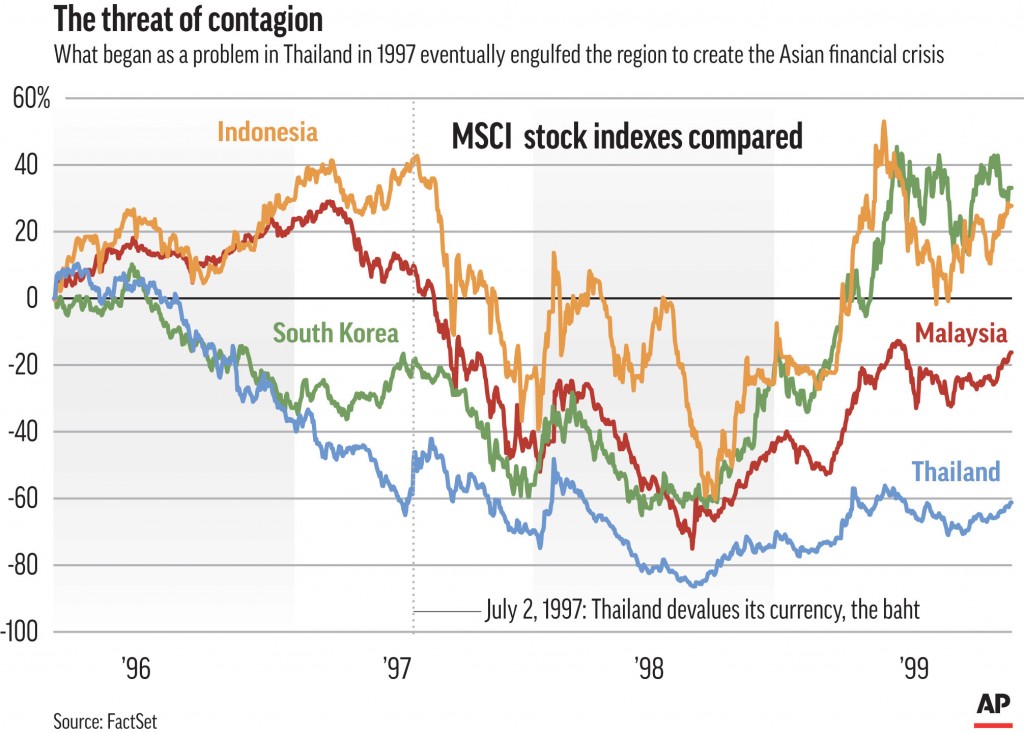 NEW YORK (AP) — Why are investors around the world so worried about Turkey's economy, when it's smaller than Florida's? Because of the possibility that somebody bigger will be next.

Investors have been pulling out of Turkey's markets, sending its stock market and currency plunging. That's making debt that Turkish companies owe in dollar terms even more expensive to pay back, which only further weakens the country's financial system. Turkish companies need to pay close to 5.80 lira for each $1 of debt that they owe, for example, up from 3.79 lira at the start of the year.

The big fear, though, is that the distress could spill over into other emerging markets and cause a cascading wave of losses as investors pull out of other countries that borrow heavily in dollars and are dependent on foreign investors. Argentina? Brazil? South Africa?

Such a thing has happened before. A financial crisis that began in 1997 after Thailand devalued its currency eventually sent markets reeling across the region in what became known as the Asian financial crisis.

Stoking the concerns is the rising U.S. dollar and a Federal Reserve that has pledged to continue raising short-term interest rates. Such moves have historically coincided with pain for emerging market stocks. When U.S. rates are higher, investors feel less need to head to emerging markets in search of higher returns.

Many analysts along Wall Street, though, say they don't expect another Asian financial crisis. Turkey has borrowed much more in foreign currencies than any other country, as a percentage of its economy, and investors question how much authority its central bank has to raise interest rates. Emerging-market economies broadly are also in much better shape than 20 years ago, with stronger currency reserves, say strategists at Wells Fargo Investment Institute.

"Turkey is both more exposed and less able to do something about it than any other country," says Brad McMillan, chief investment officer for Commonwealth Financial Network.