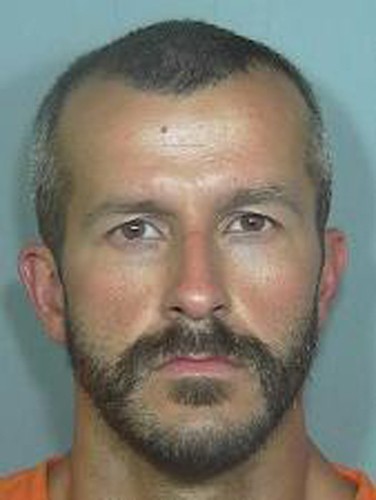 FREDERICK, Colo. (AP) — The Latest on the arrest of a Colorado man in the disappearance of his family (all times local):

A social media account of a pregnant Colorado woman whose husband has been arrested in the disappearance of her and her two young daughters paints a portrait of a happy family.

Shanann Watts often posts photos and videos on Facebook of her family, friends and herself. Her comments are typically upbeat and say how happy she is, whether she's running errands, playing with her kids or promoting a health program.

She and 4-year-old Bella and 3-year-old Celeste were reported missing Monday. Police say they arrested her husband, Chris Watts, on Wednesday in connection with the case.

Shanann Watts posted selfies of her and her husband smiling in restaurants, in front of the ocean on vacation and at their house. On one from May 5, she wrote: "I love this man! He's my ROCK!"

Authorities say a Colorado man has been arrested in connection with the disappearance of his pregnant wife and their two young children.

Police in the town of Frederick said Chris Watts was taken into custody Wednesday. His 34-year-old wife, Shanann Watts, and their two daughters, 4-year-old Bella and 3-year-old Celeste, were reported missing Monday.

The police said on Twitter early Thursday that Chris Watts will be held at the Weld County Jail. He has not yet been charged. It wasn't immediately known if he had a lawyer.

Chris Watts spoke previously with The Denver Channel and pleaded for his family's safe return.

Authorities did not release any information on the whereabouts or conditions of Shanann or her daughters.

Police say they plan to release more information at a morning news conference.