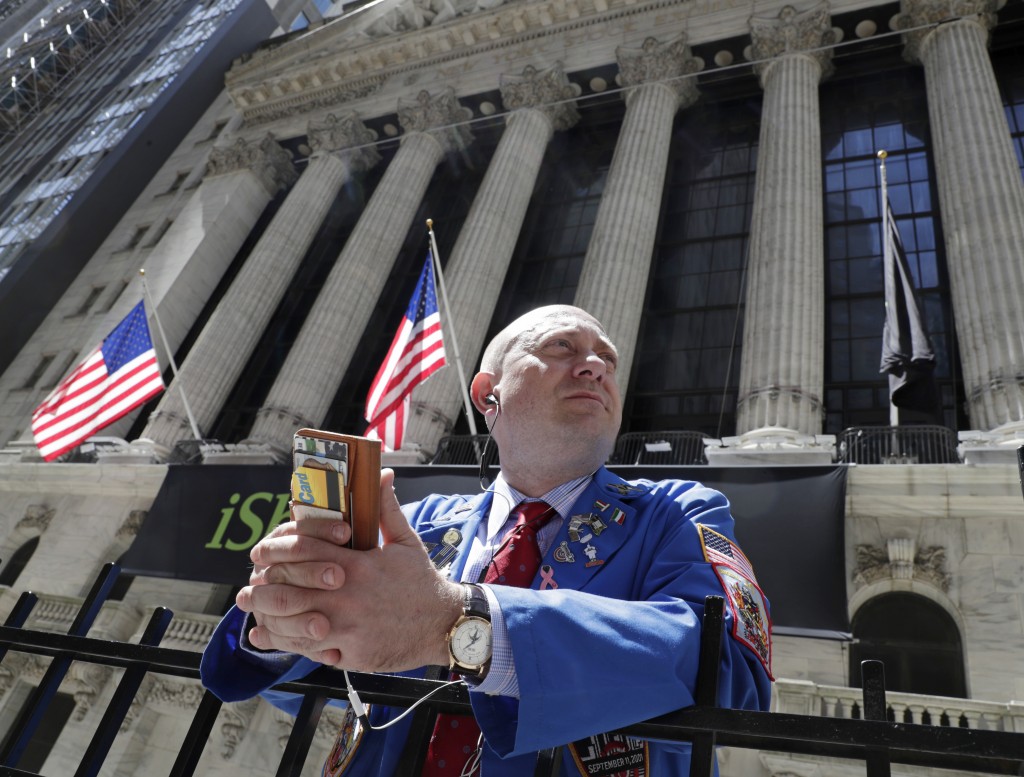 NEW YORK (AP) — U.S. stocks are surging Thursday morning as China and the U.S. prepare to hold their first trade discussions in months, a potential sign of progress toward ending the trade war between them. Walmart is surging after the retailer said its sales climbed in second quarter.

Stocks have gone on wild swings the last few days. They slumped Friday and Monday as investors worried about Turkey's currency crisis, then rebounded Tuesday only to fall again Wednesday on rising concerns about China's economic growth.

TRADE HOPES: China will send a trade envoy to Washington in late August in a new attempt to end the trade dispute between the world's two largest economies. The countries are in conflict over technology policy and China's trade surplus with the U.S.

The two sides haven't held talks since early June. After those talks, both countries put taxes on $34 billion in each other's imports. Those taxes are set to rise next week, and both countries have threatened even larger increases.

WOW FOR WALMART: Walmart posted some of its strongest sales growth in a decade and its online revenue grew 40 percent, a faster pace than it reported in the first quarter. The stock jumped 9.2 percent to $98.51, which wiped out most of its losses from earlier this year.

SOFTWARE SURGE: Symantec jumped 7 percent to $19.86 after the activist investment firm Starboard Value disclosed a 5.8 percent stake in the company and said it plans to nominate five directors for spots on Symantec's board of directors.

DEPARTMENT STORES DUMPED: J.C. Penney tumbled 27 percent to $1.76 after it took a bigger loss than analysts expected and reported weaker sales. The chain also cut its forecasts for the year again.

Department stores have made big gains this year, but they dropped Wednesday after Macy's said its sales growth slowed during the second quarter.

COMMODITIES: Oil prices were steady after a sharp drop a day earlier. U.S. crude inched up 0.2 percent to $65.12 a barrel in New York. Brent crude, the standard for international oil prices, picked up 0.5 percent to $71.15 per barrel.

Metals prices also turned higher. Copper jumped 2.6 percent to $2.63 a pound, which made up for much of Wednesday's loss.