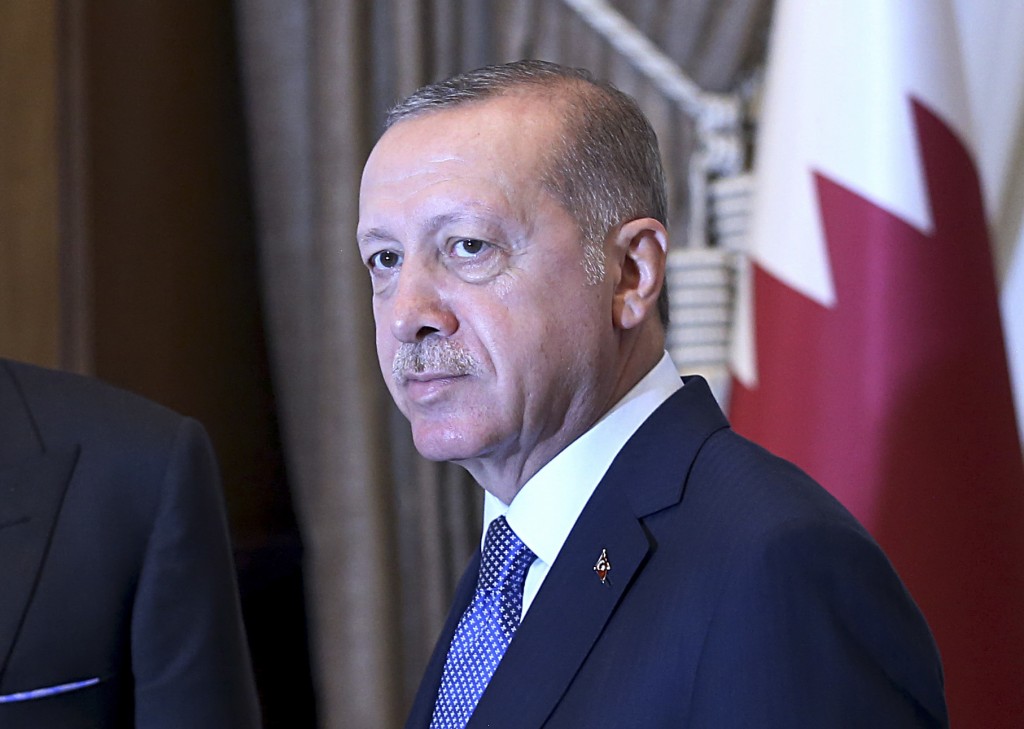 Officials at Erdogan's office say the two presidents on Thursday stressed the importance of expanding economic and trade ties as well as mutual investments. They added that the Turkish and French finance ministers would meet soon.

The high-level conversation comes as Turkey shows signs of a rapprochement with European countries amid an on-going trade and diplomatic spat with the United States that help trigger a Turkish currency crisis. Erdogan held a similar conversation with German Chancellor Angela Merkel on Wednesday.

The officials provided the information only on condition of anonymity, in line with rules.

The Turkish lira is rebounding from record losses a day after Qatar pledged US$15 billion in investments to help Turkey's economy.

The currency strengthened some 3 percent against the dollar on Thursday, trading at around 5.75 per dollar, hours before Turkey's treasury and finance minister were scheduled to reassure international investors about the economy.

The lira had nosedived in recent weeks, hitting a record low of 7.24 last week, amid a diplomatic and trade dispute with the United States.

Washington imposed sanctions and tariffs over the continued detention of an American pastor, while Turkey retaliated with some US$500 million of tariffs on some U.S. imports and said it would boycott U.S. electronic goods.