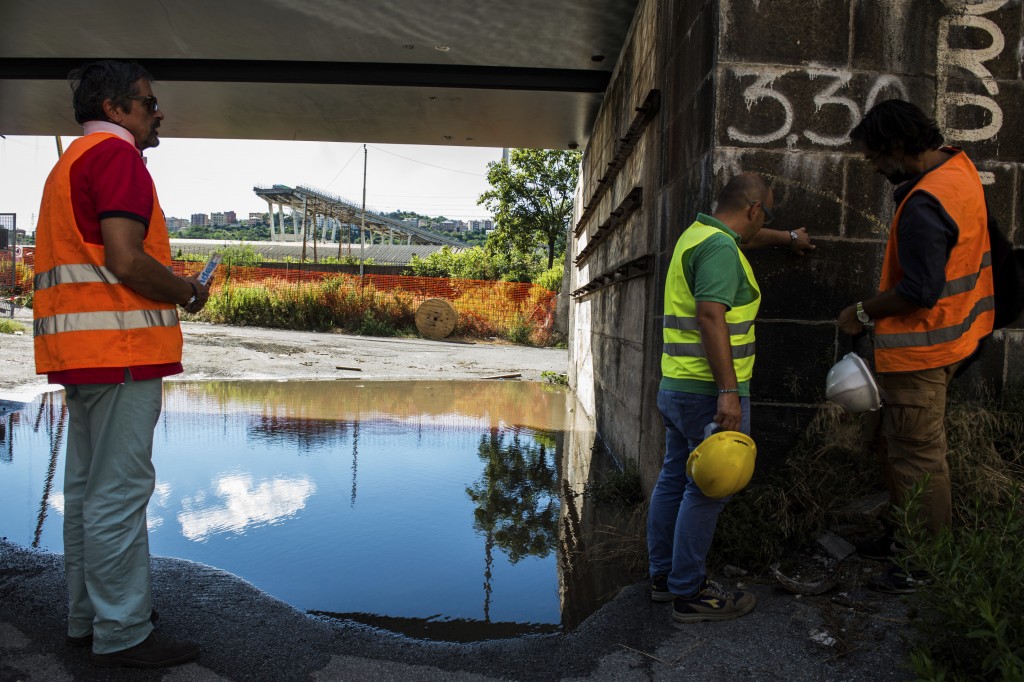 MILAN (AP) — As Italy comes to terms with the disaster of this week's bridge collapse, the government is accusing the highway operator for focusing too much on its financial interests, putting a spotlight on the country's management of vital infrastructure.

The Italian government lashed out Thursday at Atlantia, the holding company of the Benetton fashion family that owns highway operator Autostrade per l'Italia. Atlantia has lost a quarter of its market value in the first trading since the government said it would take steps to revoke the concession to run half of the nation's toll highways following the deadly bridge collapse in Genoa.

Autostrade is by far the biggest of the two dozen concessions that manage the nation's 6,003 kilometers (3,730 miles) of highway and more than 1,034 kilometers of bridges and viaducts traversing mountainous regions and 865 kilometers of tunnels. It makes money by charging tolls.

It controls 3,020 kilometers of highway, including the bridge, which was scheduled for a major retrofit. The business daily il Sole 24 Ore said the 20-million-euro project aimed to reinforce two vertical pillars, including one that collapsed on Tuesday.

Before markets opened, Atlantia put out a statement underlining conditions for revoking the concession, including penalties and a clear finding of fault against it. The company noted that the cause of the crash still was not known.

Deputy premier Luigi Di Maio, head of the 5-Star Movement party, told reporters in Genoa that the statement was "shameful."

"They could have at least spared a word for the victims on this day, instead of thinking yet again of profits, yet again of the market numbers," he said.

He repeated Premier Giuseppe Conte's pledge not to wait for the judicial system to assign blame for the collapse, a process that can take years to reach a verdict, saying that there were clear areas of lack of compliance.

Prosecutors were investigating both maintenance issues and design flaws, and have not identified any targets.