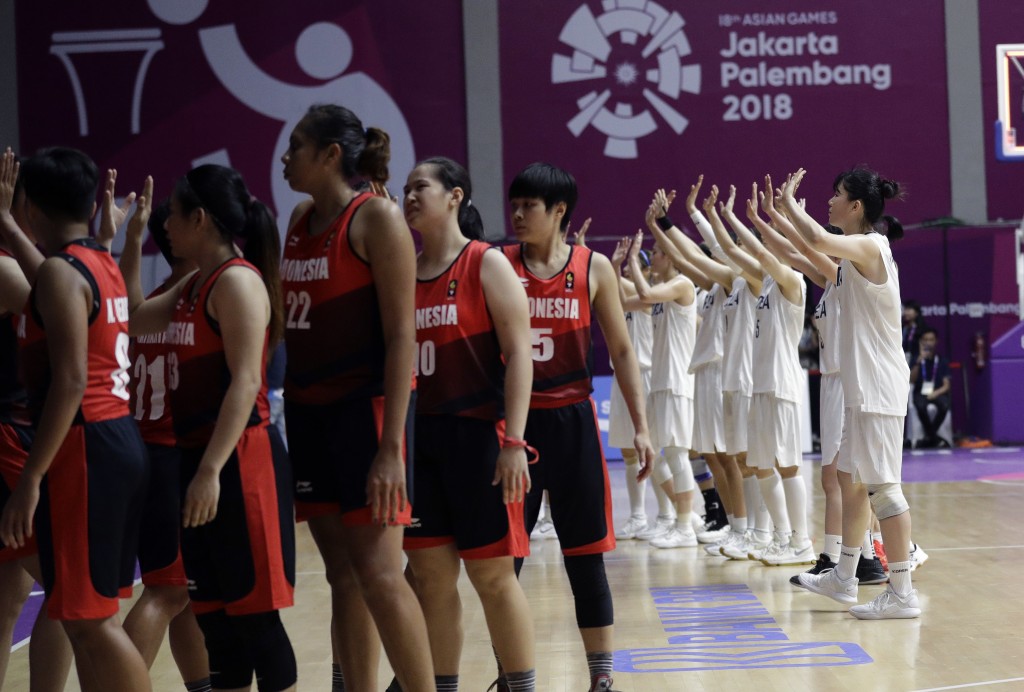 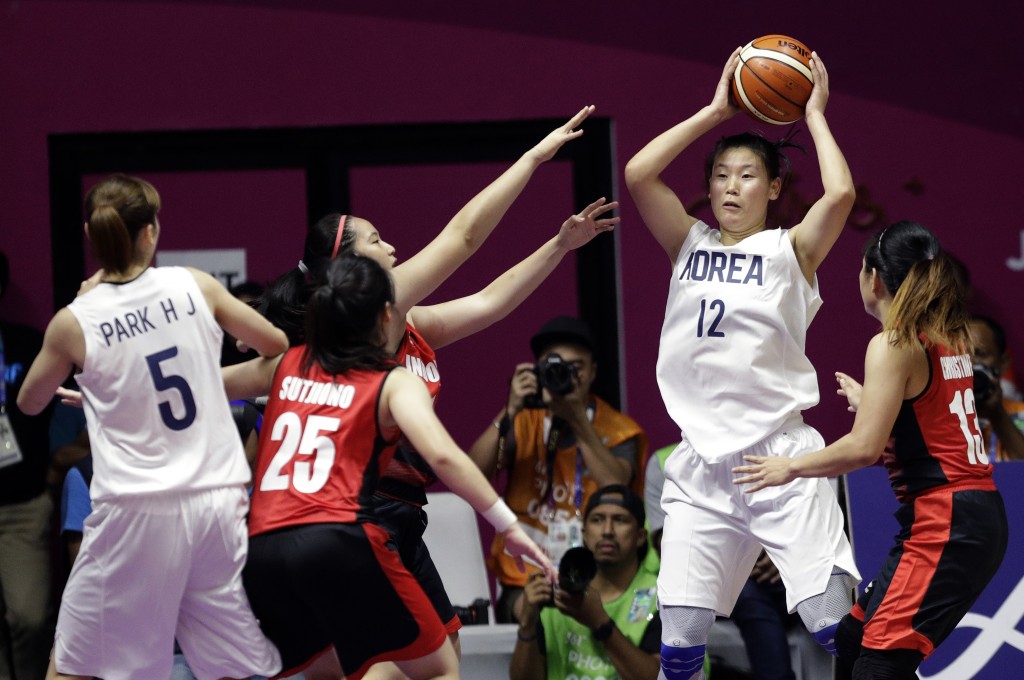 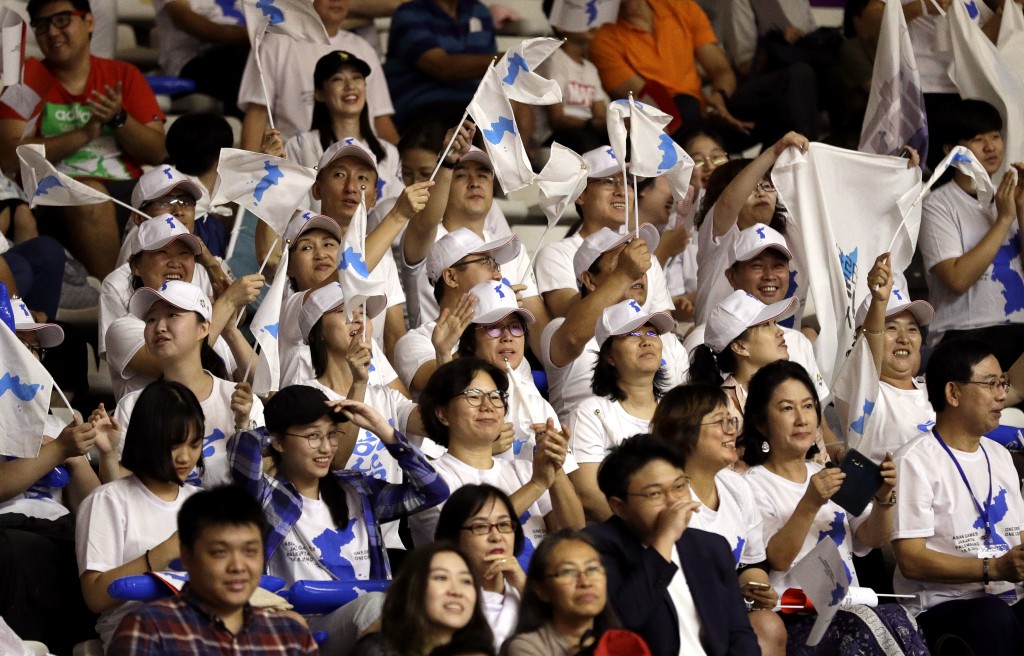 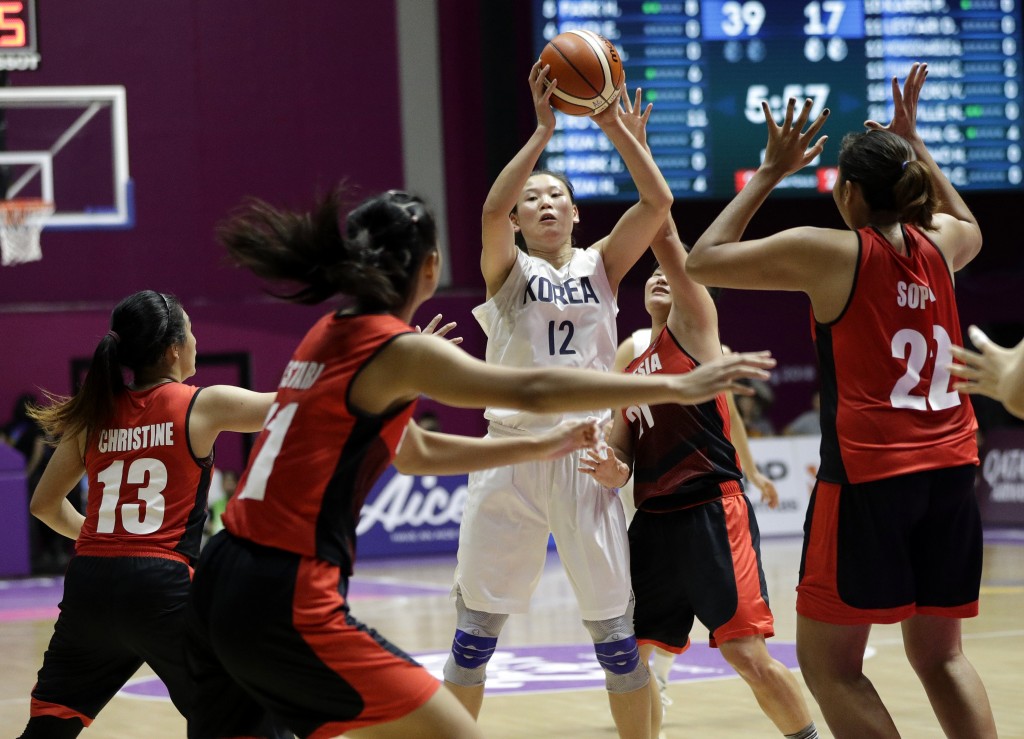 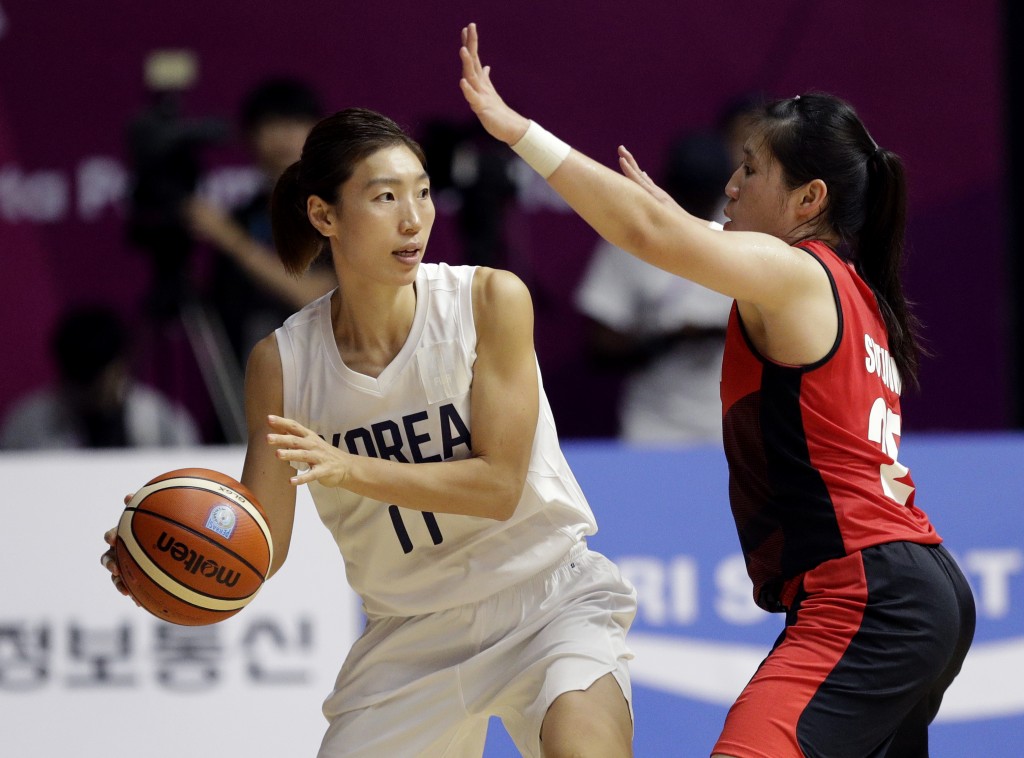 JAKARTA, Indonesia (AP) — One win into the Asian Games and the bigger picture is already clear for the combined Koreas basketball team.

Three North Korean players, including top-scorer Ro Suk Yong, and nine South Koreans combined for a 108-40 win over host Indonesia on the opening night of the women's basketball preliminaries.

North Korea Olympic committee vice chairman Won Kul U was asked about the combined basketball squad during his delegation's welcoming ceremony in Jakarta on Thursday.

"Isn't it good to have a joint team?" Won was quoted by Yonhap, the South Korean news agency. "I think we should have more unified teams in other sports."

The Koreas will also be entering combined teams in rowing, canoeing and dragon boat racing in the Asian Games.

"I hope our Korean people can have a big achievement at the Asian Games" Won said. "Let's show the united power of the North and the South."

The combined Koreas women's hockey team was the feel-good story of the Winter Olympics in Pyeongchang in February despite losing all five games.

Like the hockey team, basketball is being played under the unification flag, which features a blue map that symbolizes a unified Korean Peninsula on a white background — but they're expected to be a lot more competitive.

Olympic Council of Asia director general Husain Al Musallam said the basketballers had already created history by competing together for the first time at an Asiad.

"We are very proud and happy that the Asian Games can contribute to the peace process on the Korean peninsula," Al Musallam said. "The women's basketball game proved the power of sport to unite people. It was not only the players from North Korea and South Korea who were together, but also the officials and the supporters.

"To see the presidents of the two National Olympic Committees sitting alongside each other in the VIP area was a very significant moment."

The women's basketball squad has only had a few weeks to train together but has high expectations. Coach Lee Moon-kyu retained a core group of South Korean players who won the 2014 Asian Games title and has bolstered his squad with the three North Koreans.

They'll play Taiwan on Friday and have more Group A preliminaries next week against India and Kazakhstan.

"Our target for now is to win a gold medal. We don't think about our target after this, we are currently focusing on the Asian Games," South Korean player Park Hyejin said after Wednesday's opening win. "We do hope that the unified Korea team can continue, not only in basketball, but also in other sports and this will lead to unification in other fields."

The Koreas have used sports to foster diplomacy since the end of the 1950-53 Korean War. The 1991 world table tennis championships in Japan marked the first time the Koreas fielded a combined team at a major international event.

After the North boycotted the 1986 Asian Games in Seoul and the Olympics two years later in the South Korean capital, there was a thawing of tensions ahead of the 2000 Olympics in Sydney when the teams paraded together at the opening ceremony.

Athletes and officials from North Korea and South Korea will march together at the Asian Games opening ceremony on Saturday.