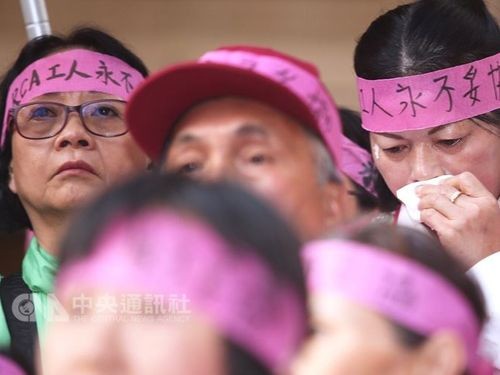 Taipei (CNA) - Taiwan's Supreme Court Thursday upheld liability of Radio Corporation of America (RCA) and its successor companies for deaths and illness of workers due to exposure to toxic chemicals while working at RCA factories in Taiwan between 1970 and 1992.

The court, however, returned to the Taiwan High Court for reconsideration part of its decision in October last year that found the defendants also liable for emotional distress caused to their workers.

RCA, the former American home appliance maker, was taken over by American multinational conglomerate General Electric (GE) in 1986, which sold it to French firm Thomson Consumer Electronics in 1998, the U.S. subsidiary of the French company Technicolor SA.

The Supreme Court ordered RCA, GE, Thomson, and Technicolor SA to pay 262 former RCA workers and the family members of some of the deceased workers about NT$500 million (US$16.07 million).

In October last year, the Taiwan High Court upheld the victory the workers won in the Taipei District Court in April 2015 and ruled the defendants liable for compensation of NT$710 million for 486 plaintiffs, including those who have not developed diseases due to exposure to toxins but who have suffered emotional distress.

The Supreme Court asked the Taiwan High Court to further examine, among others, the cases in which exposure has not yet yielded perceptible symptoms in 226 plaintiffs.

The case dates back to 2004 when the RCA Self-Help Association, formed in 1999 for RCA workers and family members of the deceased workers, filed a lawsuit representing 529 plaintiffs for compensation.

The Taiwan High Court ruled that RCA had failed to protect its workers from the hazards of using up to 31 kinds of organic solvents and chemicals in the production process and had dumped toxic waste at its Taoyuan factory, causing its workers to contract diseases due to exposure to toxins and use of contaminated water.

According to the RCA Self-Help Association, during the period between 1992, when RCA moved out of Taiwan, and 2004, when the group filed the class action lawsuit, more than 1,300 former RCA workers have been stricken with cancer, 221 of whom have died as a direct result.

The pollution, described as the worst industrial disaster in Taiwan's history, was not brought to light until 1994. In 1998, Taiwan's Environmental Protection Administration designated the 7.2-hectare site of RCA's former Taoyuan factory as a permanently polluted zone, the first case of its kind in the country.

Cleanup work at the site is currently ongoing.

A group of 1,100 former RCA workers filed another lawsuit against the four companies in 2016. That case is being tried at the Taipei District Court. The RCA Self-Help Association also launched a campaign in early July calling for more ex-RCA workers to start a third lawsuit if joining the second suit is not possible.