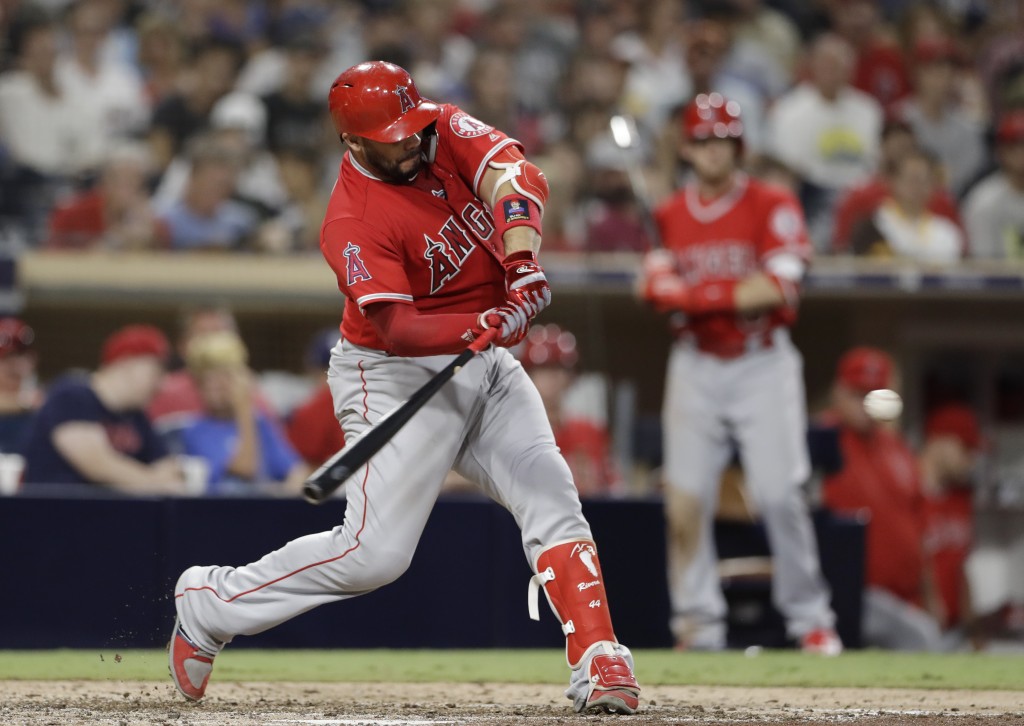 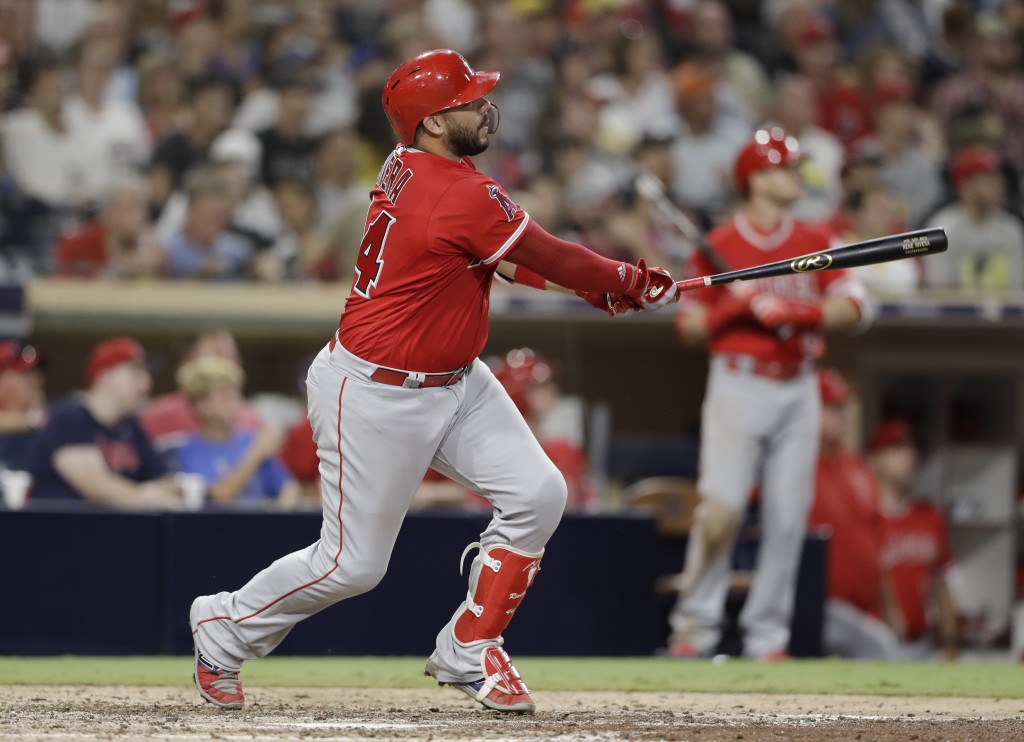 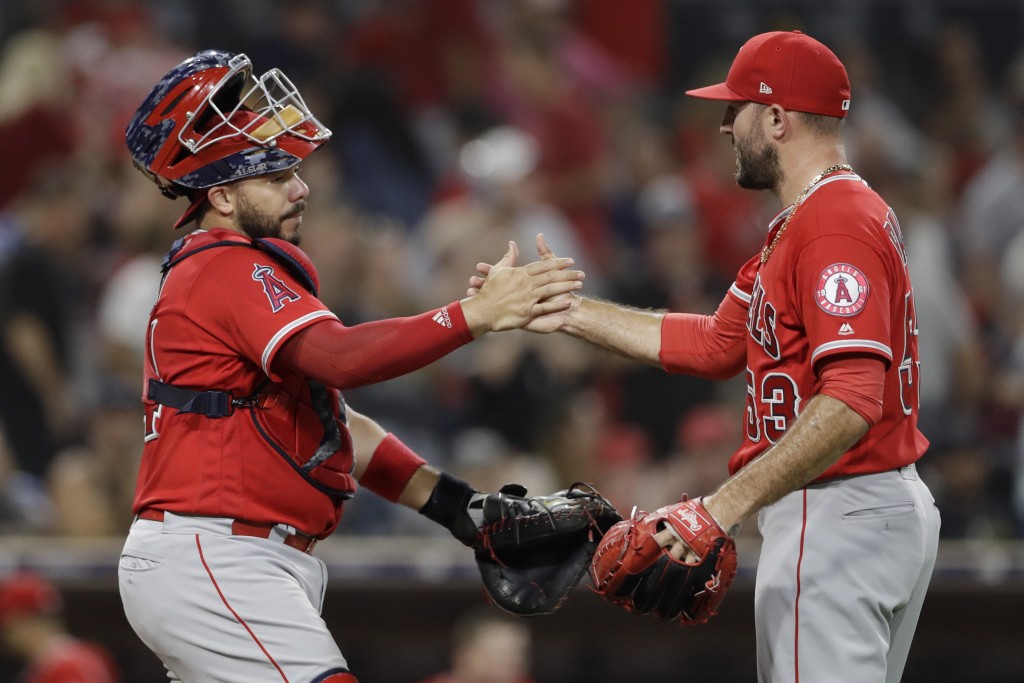 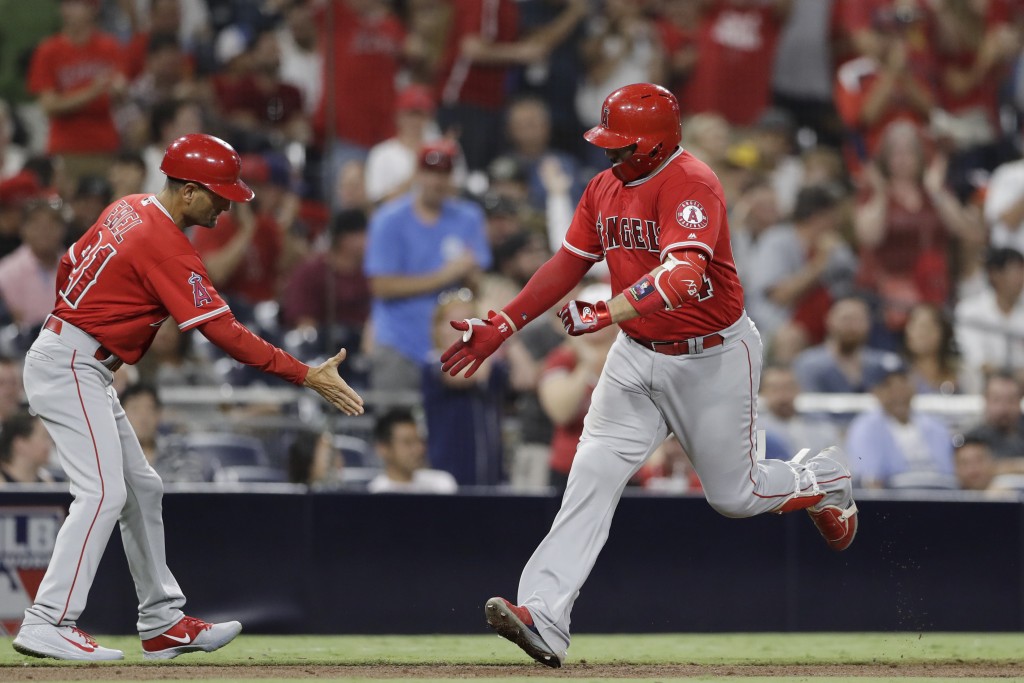 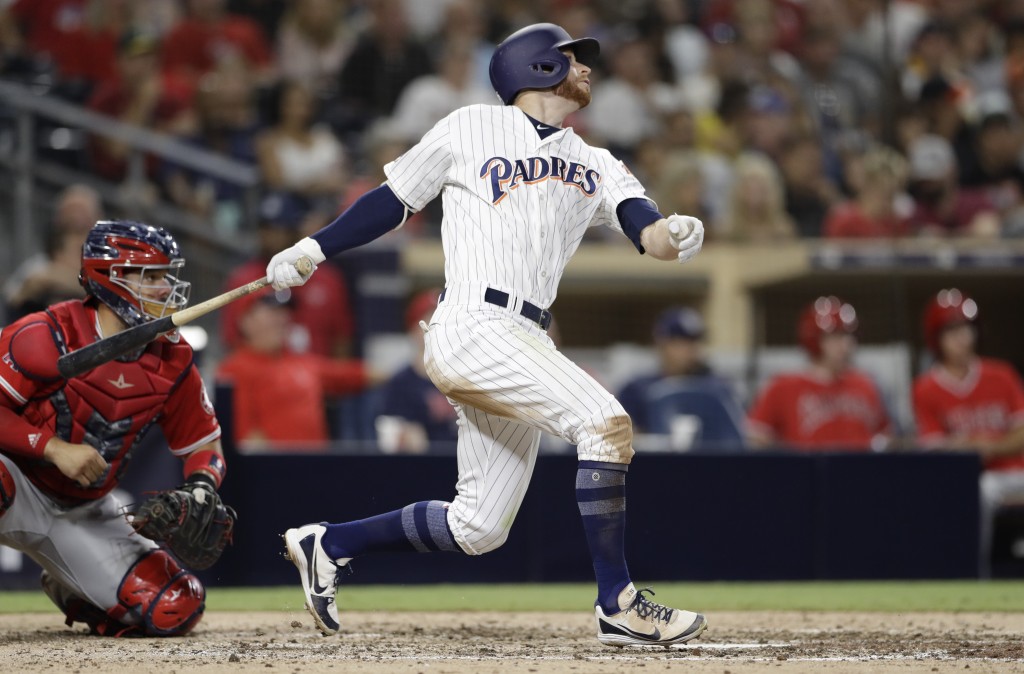 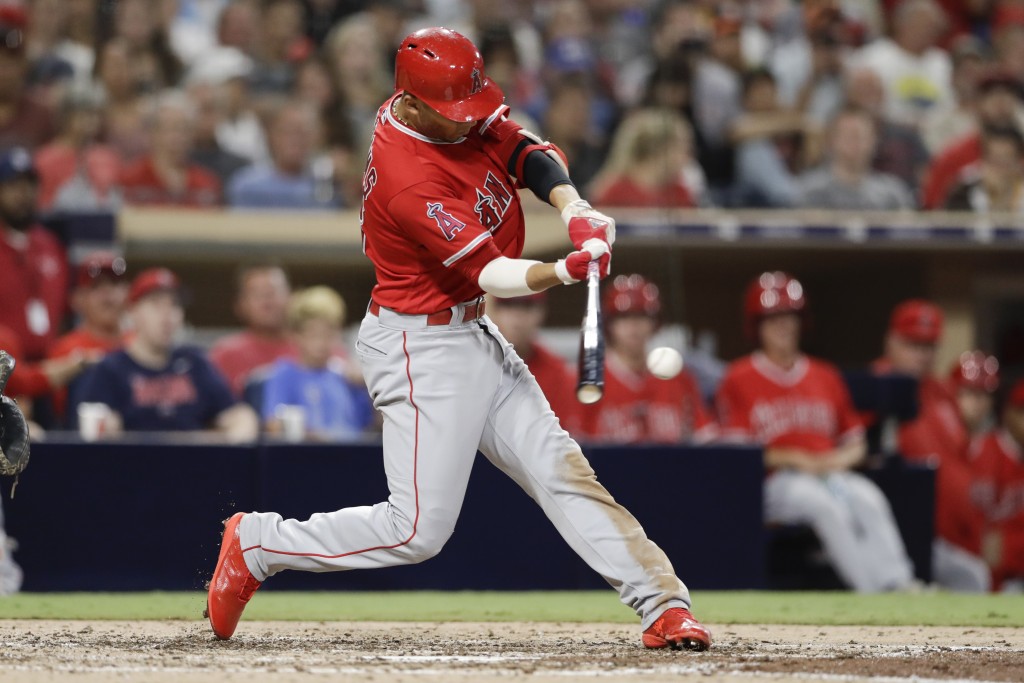 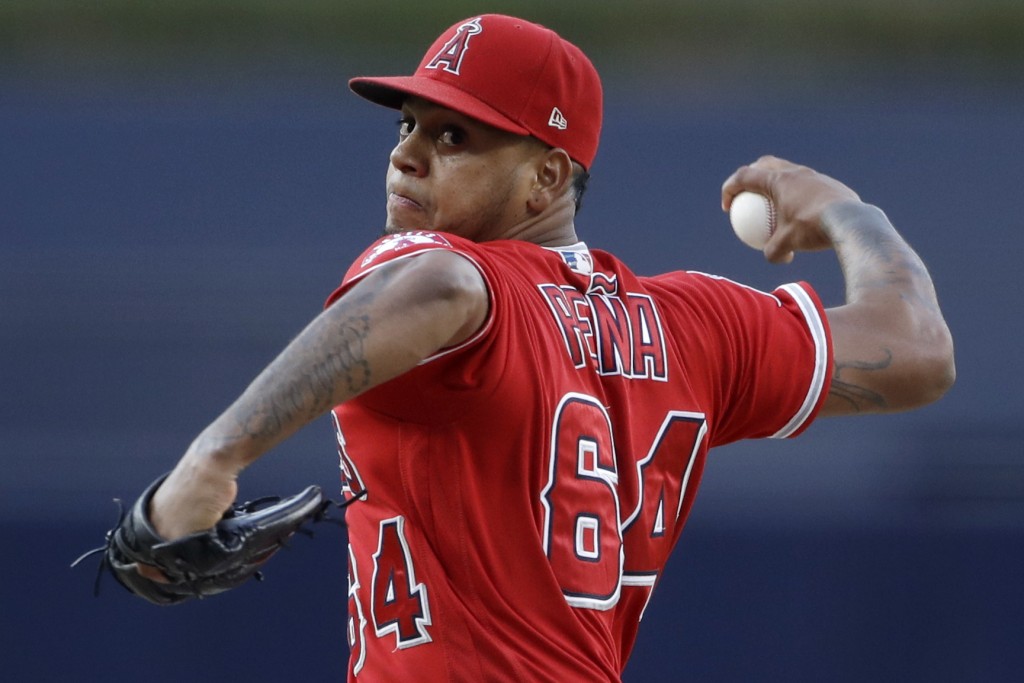 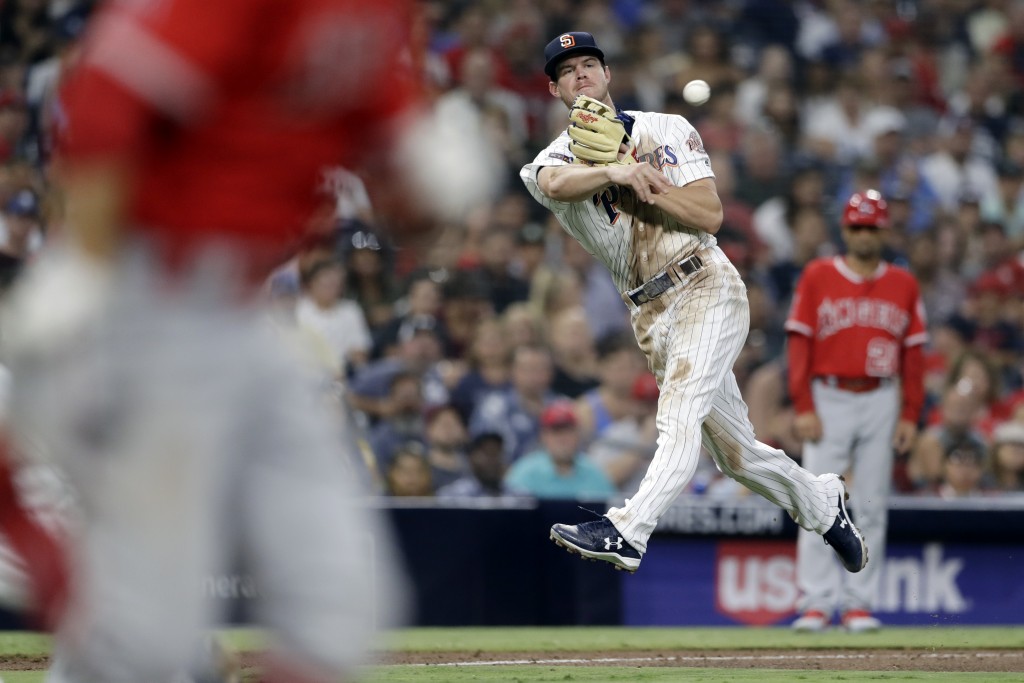 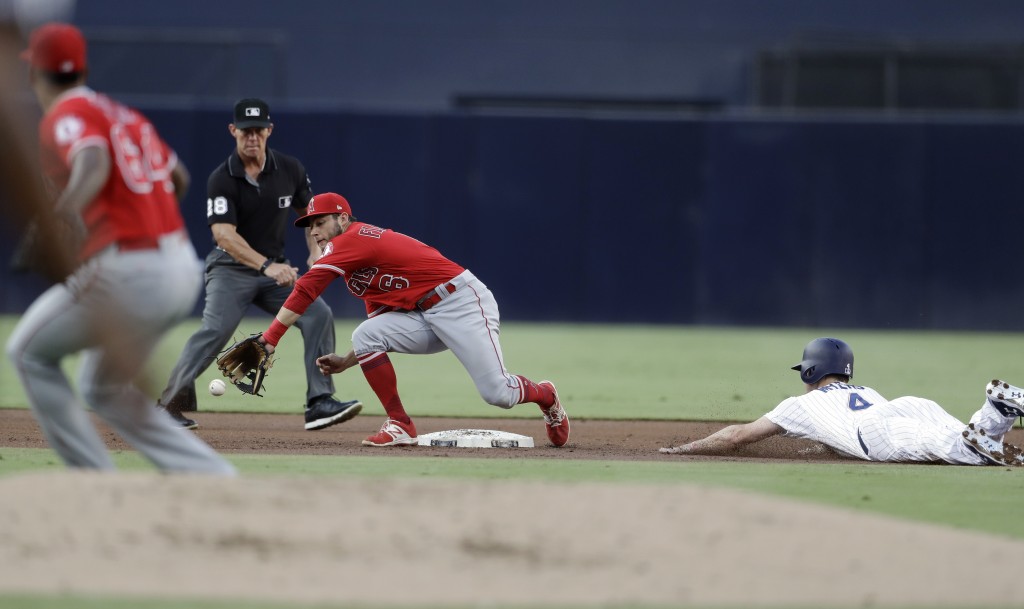 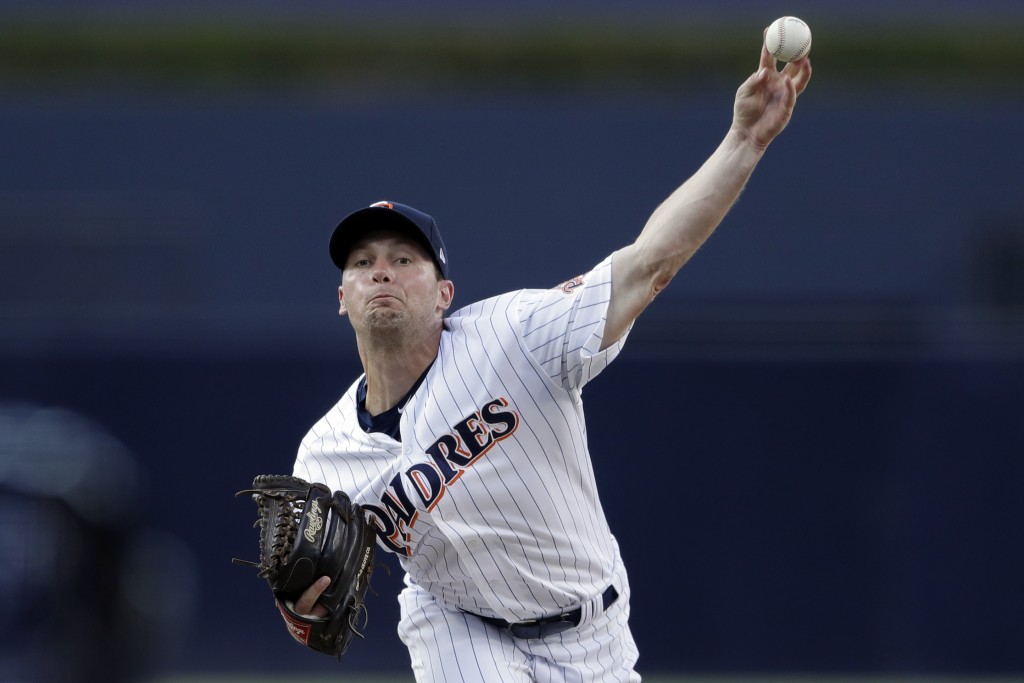 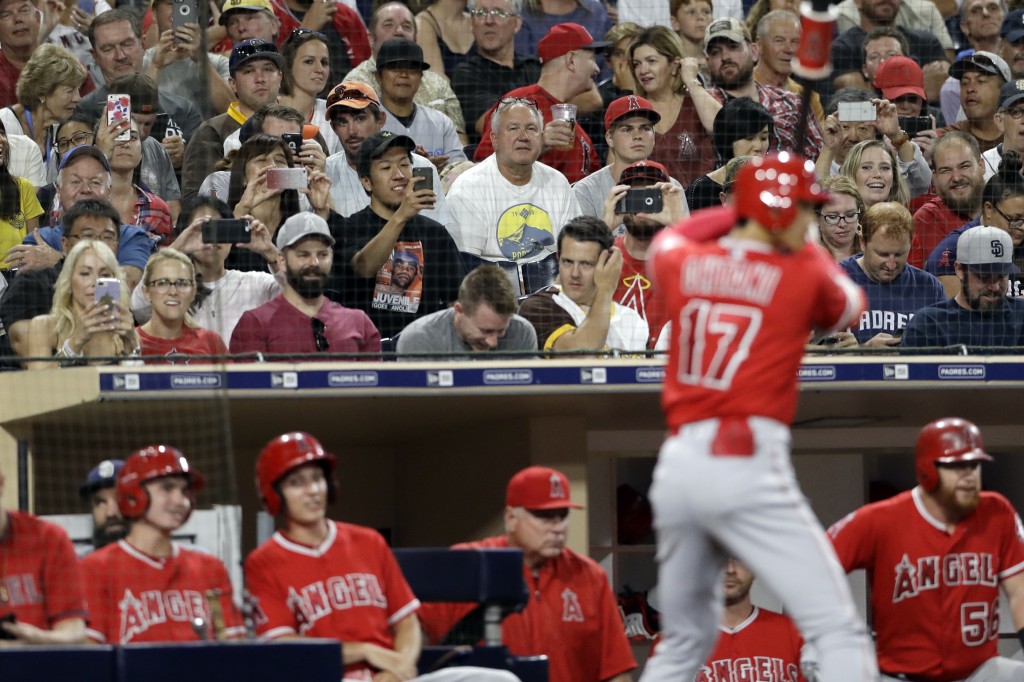 SAN DIEGO (AP) — Rene Rivera hit a go-ahead homer in the ninth inning in his return from a long stay on the disabled list, and the Los Angeles Angels completed a three-game sweep of the San Diego Padres with a 3-2 victory Wednesday night.

Reinstated from the 60-day DL before the game, Rivera connected for a solo shot into the second deck in left field against San Diego closer Kirby Yates (4-1). The former Padres catcher had missed 76 games with right knee inflammation.

Jose Alvarez (5-3) pitched a scoreless eighth to earn the win for the Angels, their seventh in nine games. The sweep was Los Angeles' sixth of the season.

Blake Parker retired the side in the ninth for his 12th save.

Cory Spangenberg erased an Angels lead in the seventh with a solo home run that tied the game at 2.

Both teams scored in the first inning. Albert Pujols drove in Kole Calhoun, who led off the game with a single, with a sacrifice fly against Padres lefty Robbie Erlin.

Felix Pena pitched six solid innings for the Angels, allowing one unearned run on two hits while walking four and striking out seven.

Erlin and Pena traded scoreless innings until the sixth, when Simmons broke through for Los Angeles.

Shohei Ohtani pinch-hit in the ninth and struck out swinging against Yates.

Angels: Open a four-game series in Texas on Thursday. The club had not yet announced a starting pitcher. RHP Ariel Jurado (2-2, 5.66 ERA) will take the mound for the Rangers.

Padres: RHP Jacob Nix (1-0) makes his second start in the majors Thursday against Arizona, looking to follow up a debut in which he threw six scoreless innings. RHP Clay Buchholz (5-2, 2.67) will oppose Nix for the Diamondbacks.