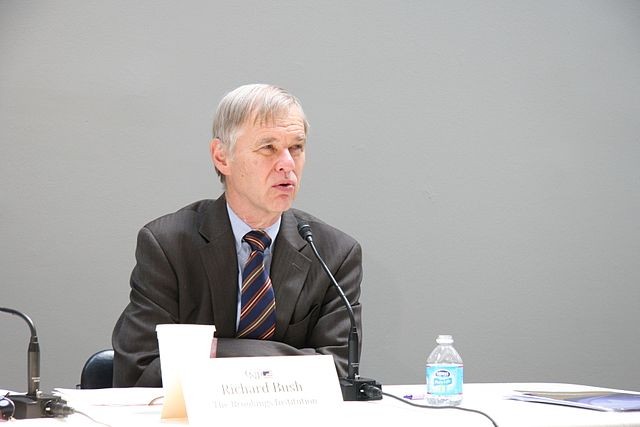 TAIPEI (Taiwan News) – Condemnation against China's bullying of 85C Bakery Café has mounted over the past 24 hours, in the aftermath of the coffee chain kowtowing to China's world view after Taiwan president Tsai Ing-wen (蔡英文) signed a pillow in a Los Angeles café.

Former Director of the American Institute in Taiwan (AIT), Richard Bush, as well as past and present Taiwan Premiers have lashed China for its heavy-handed and logically problematic response to the incident.

Tsai visited a 85C café in Los Angeles on August 15, to buy a coffee and interact with staff. During the visit, Tsai autographed a pillow for one of the staff, which was interpreted by China as a corporate strategy to support Taiwan independence, which led to Chinese netizens threatening to boycott the private company and the Chinese government corralling 85C into an apology.

This storm in a teacup became an international story, when 85C café sought to appease Beijing by issuing an apology which said the company "firmly supports the 1992 consensus," as well as "opposes any behavior or remarks that divide the feelings" between China and Taiwan.

Former AIT Director, Richard Bush said during an interview with Voice of America on August 15 that China's actions are "the worst kind of bullying."

Taiwan Premier William Lai (賴清德) said that China's attack was like that of "blind swordsman" and that when domestic issues in China rise, China tends to turn to Taiwan, during a TV interview with CTS on August 15.

Taiwan Presidential Office Spokesman, Alex Huang (黄重谚) said on August 15 that any imposition of ideology on international business is a manifestation of a non-civilized society. Huang added that the Taiwan government condemns such action against the rule of law and freedom of speech.